Caroline Spelman has recognised the strength of opposition to Norfolk County Council’s plans to build an incinerator at Saddlebow in a letter to Derrick Murphy, reproduced in today’s Lynn News. I was delighted to see signatures being collected for a petition in the town centre today to keep the pressure on. Central government intervening in our favour is a huge boost.

The situation now is that Defra will not award Norfolk County Council the necessary Waste Infrastructure credits for the building of the incinerator unless additional evidence in relation to a the existence of a broad consensus for their waste management structure. It will be mighty hard for Norfolk County Council to find thsi evidence.

Also, the funding will not be allocated while Norfolk County Council are subject to a Judicial Review relating to this issue (and presumably should this go against them it would be the coup de grace).

The view from the rooftop for this post is of an architectural feature belonging the building which houses the Deck of Cards. 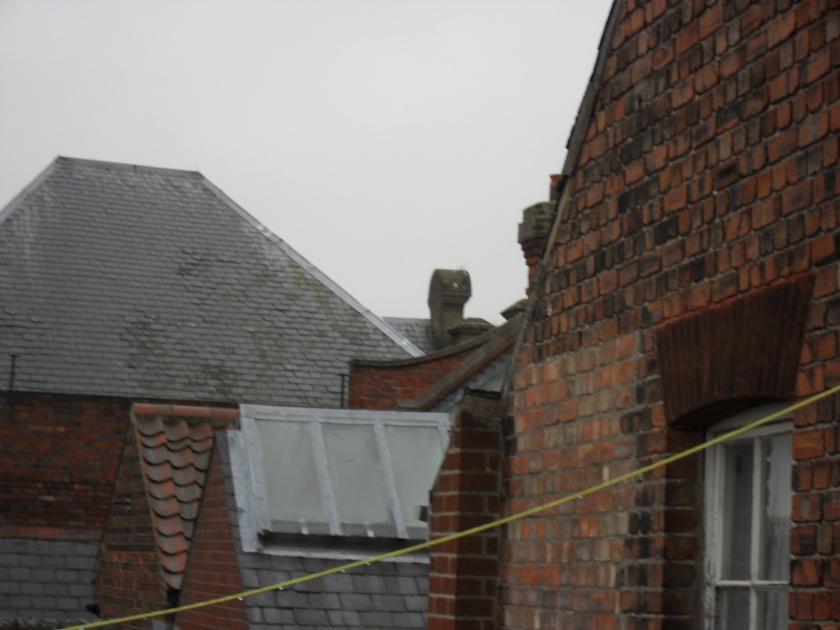 Salman Butt, Mohammad Asif and Mohammad Amir are serving sentences for corruption in relation to the scandal that blew up at Lord’s in 2010 over the bowling of deliberate no-balls. The sentencing was appropriate with the experienced duo of Butt and Asif getting punished much more severely than Amir.

This could yet be good for cricket (as suggested originally by Aggers) if it leads to the problems around illegal bookmakers being properly dealt with. Cricket as a whole has spent a long time in denial of the extent of the problem (Salim Malik was banned for life as long ago as the mid 1990s for his dealings with these bookmakers, and then there was Hansie Cronje).

Tiger Woods’ former caddie Steve Williams is in hot water after remarks made at a caddies evening about his former employer (not employee as Williams referred to him throughout an interview in which he refused to show any contrition for what he had said). Woods appears to have forgiven Williams rather quicker than he forgave Fuzzy Zoeller for a similar slip some years ago – perhaps as suggested on five live last night Williams knows of a few skeletons yet to come out of the Woods closet.

Joe Frazier, who died yesterday, was one person who left his sport in a better state than he had found it, unlike most of those I have mentioned in this piece. A pity then that the “sport” in question was boxing. Other sports feature injuries but few require you to injure an opponent to win and none regard knocking an opponent unconscious as the height of glory.

For today’s view from the rooftop we have a sideways on shot of the towers of St Margarets Church,