Exactly what the title suggests! 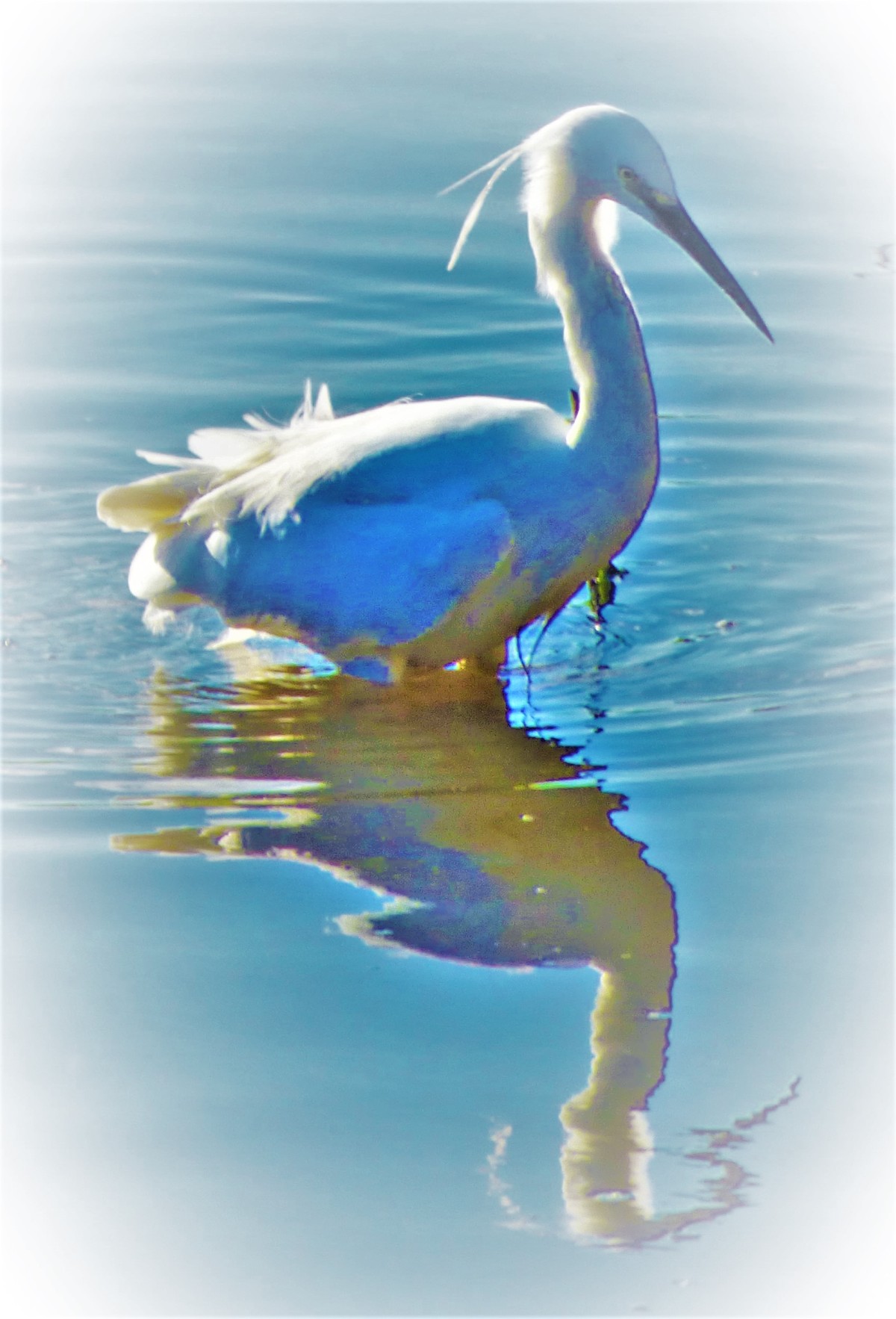 Ten days ago I was fitted with a hearing aid. I have had to change the batteries once (this is in keeping with the advice I was given that these batteries, which are specially made for use with hearing aids, and can be obtained free of charge either at the hospital or at the West Norfolk Deaf Association have a lifespan of approximately one week.

A longstanding client of James and Sons is selling his collection. He was a bulk collector of stamps, postal history and first day covers. Yesterday I began the process of imaging these items, which will be going under the hammer in April. Even selling the stuff by the box/ crate, with no small lots, it will be a two day sale. Here are some samples from yesterday…

This is today’s sign off – I was out walking earlier (it is sunny today in King’s Lynn, though still cold enough to warrant a coat), and I saw a Little Egret in Bawsey Drain, not very far from my house…

A brief look at the IPL super auction and a special photo gallery. 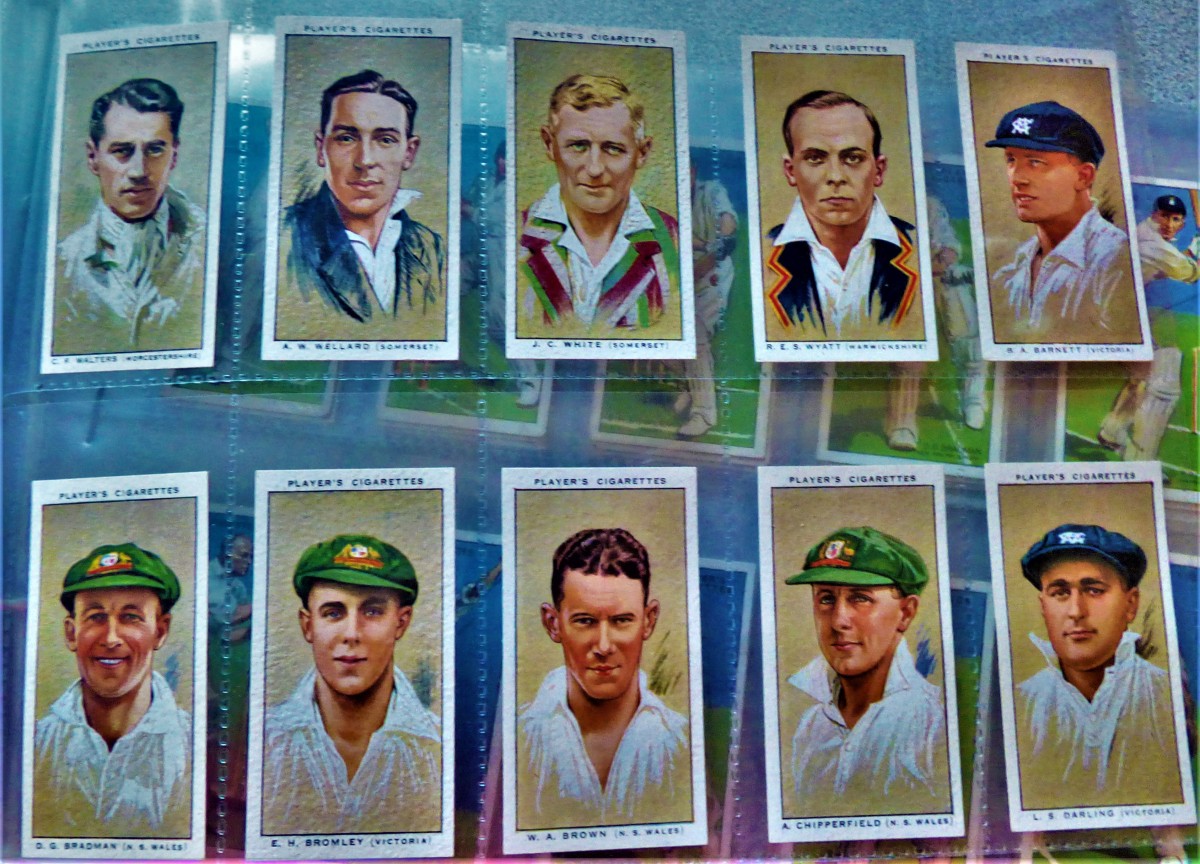 The IPL Super Auction is over, and all the 10 squads are assembled. I look at some of the key moments and end with a very special picture gallery.

Royal Challengers Bangalore made the first big money overseas signing of the auction when they went to 10.75 crore INR (just over £1,000,000) to secure Sri Lankan leg spinning all rounder Wanindu Hasaranga. Hasaranga is a superb T20 player and this was probably a good signing even at such a high price. Punjab Kings did good business when they secured Jonathan Bairstow for 6.75 crore. Nicholas Pooran, neither as good nor as versatile as Bairstow then went for 10.75 crore.

Punjab Kings were consistent over the two days, making a number of excellent signings. Liam Livingstone was their most expensive at 11.50 crore, and two very different seam bowling all rounders, India Under 19 star Raj Bawa and Gloucestershire’s quirky veteran Benny Howell were both obtained cheaply. Howell at seven, Bawa at eight, Rabada at nine and two other bowlers at 10 and 11 is a good lower part of the order, while Dhawan, Bairstow and Livingstone will all be in the top half of the order (IPL allows four overseas players in a playing XI and up to eight in a whole squad, which can have a minimum of 18 and a maximum of 25 players), and Bairstow, Livingstone, Howell and Rabada would be my four first choice overseas players from their squad.

Mumbai Indians did little on day one but came to the party on day two. They paid 8.25 crore for Archer, who won’t play this season due to injury, but who they can retain for next season. They also secured Tymal Mills and Tim David. They are unlikely to win IPL 2022, but if Archer is fully fit by then they will be formidable in IPL 2023.

Rajasthan Royals left things very late indeed, making a flurry of signings in the closing stages of the auction when nearly everyone else had completed their squads. They got some useful players at this late stage, but overall their approach cannot be said to have worked.

Royal Challengers Bangalore tailed off after a strong start, and exhausted their budget with several places still available in their squad.

Sunrisers Hyderabad did not even make a strong start, and they too ran out of money rather than filling all 25 slots.

The two new franchises, Lucknow Super Giants and Gujarat Titans both had their moments along the way but neither were entirely impressive.

Delhi Capitals had a solid auction, and they should do well in the tournament.

Chennai Super Kings had a good second day, and their squad looks decent.

Kolkata Knight Riders had a mixed couple of days with some good signings and some questionable ones.

The tournament should be good, though it is overly long. I will be supporting Punjab Kings – they had a superb auction.

All squads can be viewed here.

I acquired two lots of interesting cricket related cigarette cards, and they are the subjects of this photo gallery…

An account of James and Sons’ most recent auction. 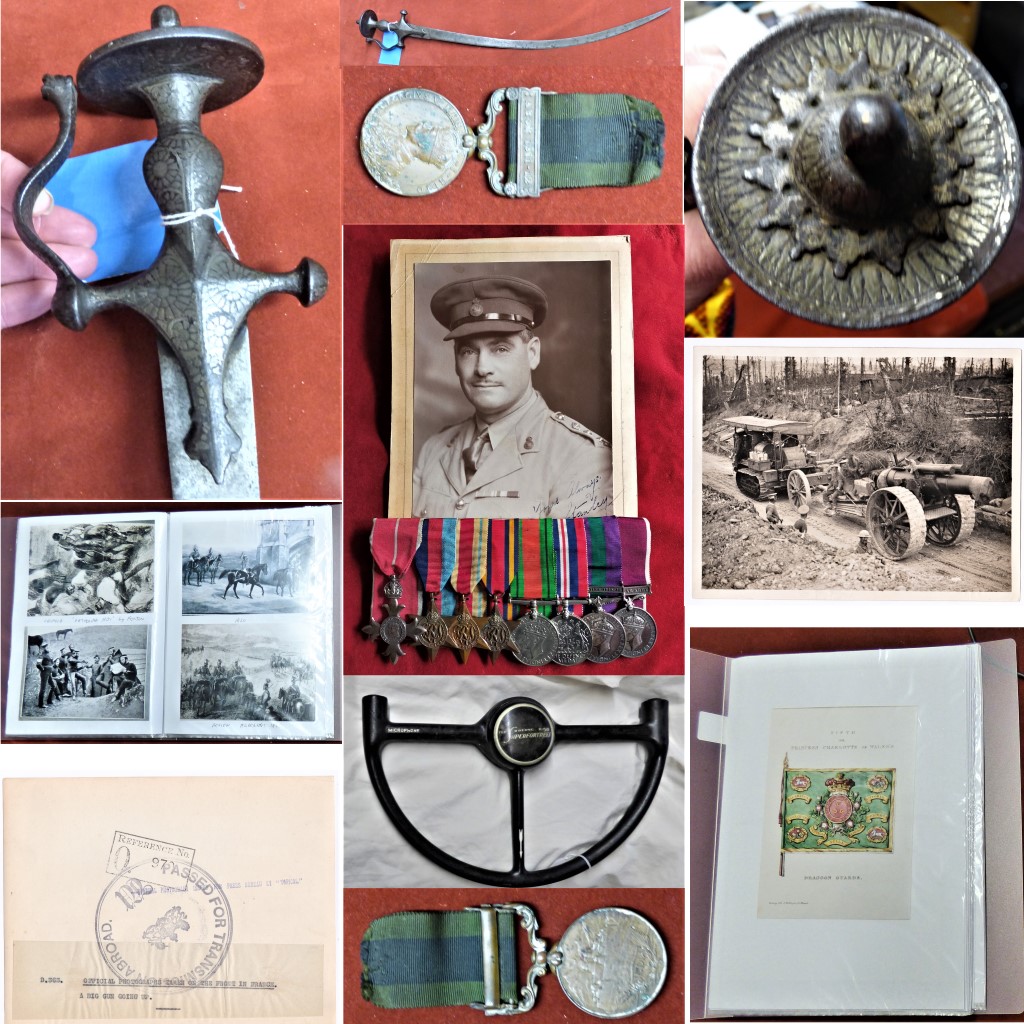 This post is not about the IPL Super Auction which started today and finishes tomorrow, though I intend to write about that either tomorrow or Monday. It is about James and Sons auction on Wednesday, which went very well. I followed proceedings from home by way of www.easyliveauction.com, one of the two online platforms we use (see also www.the-saleroom.com).

A quietish start, with only a few items going over estimate. One of those items was lot 46, on which I was outbid. Another was lot 149, on which I was successful (even at above the top estimate it was still quite cheap). Lot 150 was the last of the Cigarette Card lots, and then it was time for…

This was expected to be highly successful and it was. Lot 151, a medal group awarded to a ‘desert rat’ and accompanied by lots of relevant documentation sold for £400, helped by some good advance publicity (various people bit on a press release I had sent out, including the Eastern Daily Press who gave it a quarter of a page in their Saturday issue). Lot 160, a steering yoke from a B50 warplane fetched £2,100. Lot 161 then went for £160, four times the upper estimate. Lot 167, also with a top estimate of £40 fetched £150. Lots 192-7 inclusive, display folders full of military photographs (put together by my father) all sold for significantly above the top estimates, lot 194 being the most successful, going for £50 with a top estimate of £20. Lot 201 an 18th/19th century Indian Tulwar Golia sword which had been expected to for low three figures fetched £550. There were a number of other more modest successes along the way.

PART 3 – FABRIC AND OTHER

There were 120 fabric items, and then a few random lots to finish. Although none of these lots reached the heights of the militaria section there were some good sales even so.

On Thursday I did a press release about the auction, focussing on the militaria. I will find out in due course whether it gets published by anyone. Here is the composite image of highlighted lots I created for it:

James and Sons’ next auction is on March 16th, and catalogue listings can be viewed here (easyliveauction) and here (saleroom)

I finish with some my non-work photographs:

A look at the England squad selected for the test series in the Caribbean and some of my own photographs. 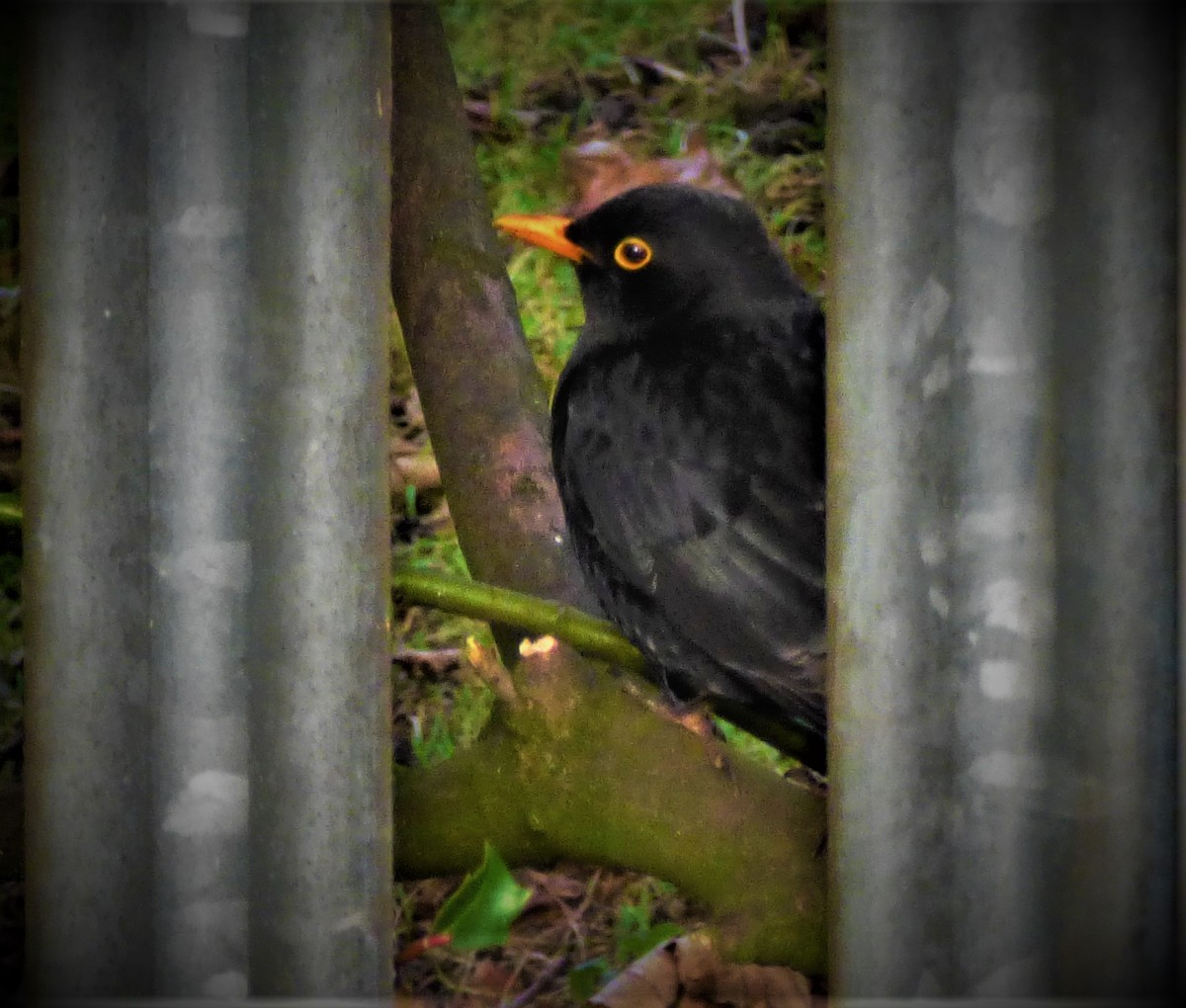 After the debacle of the Ashes in Australia (|Australia 4, the weather 1, England 0) a number of ECB management figures departed which was welcome news, although Tom Harrison remained in post. Paul Collingwood was appointed interim head coach, with Andrew Strauss taking over as director of cricket. Their first job together was to pick the party for the test tour of the Caribbean, and this post looks at their choices and includes a suggestion for the permanent head coach role.

There is an article on cricinfo about the squad which I urge to read (click here), and I use their graphic to introduce the squad:

THOUGHTS RE THE SQUAD

This is one of the worst selections I have ever seen done for England (and I have seen a lot). There are only two recognized openers, Lees (whose presence I welcome, he has built a fine record at Durham over the last few years) and Crawley (averages in the low 30s at FC level and less than that at test level, a poor selection). There is no recognized number three at all (apparently Root, one the best number fours England have ever had, is going bat there, a quite awful call by Strauss/Collingwood). Pope and Lawrence are fine middle order players though neither have done anything great at test level as yet. Stokes of course is a great player. Bairstow does not have a great test record, but he did score a century in the only game in Australia in which England were not utterly destroyed (with the assistance of some weather interventions they hung on for a draw nine down in the second innings). Foakes is one of three selections I am genuinely pleased about (I welcome the inclusion of Parkinson the leg spinner in a full squad for the first time, and Jack Leach has been mishandled but is still the best current English spinner). While I understand the thinking behind the inclusion of Woakes – his all round skills theoretically give England more options – but in practice outside England his bowling is insignificant, which means that what you actually have is an averagely good lower middle order batter. Craig Overton is good cricketer, but unlikely to pose much of a threat with the ball in the Caribbean. Mark Wood, Ollie Robinson and Saqib Mahmood are all fine bowlers and I welcome the inclusion of Mahmood, not quite out and out fast, but quicker than most English seamers. Matthew Fisher has played 21 FC matches for Yorkshire, in which he has taken 63 wickets at 27.52, a respectable but not outstanding record, and he is yet another of the right arm fast medium brigade with which English cricket is overstocked. Neither James Anderson nor Stuart Broad have been included in the party. Defenders of this move are arguing that this tour is being used for experimentation and that we already know what Anderson and Broad are capable of. To this I say: pshaw – England should by now have learnt that they are not strong enough as a test side to take any opposition lightly, especially away from home, and first and foremost their target should be win the current series.

Other than the two veterans (Anderson especially, who at 39 continues to be majestic with the ball) the players I feel have been worst treated in this shambles are Abell, Bohannon and Bracey, three recognized number threes with good recent records, any one of whom could have been included in this party to fill that slot. I also feel that Crawley is very fortunate to be persisted with – a recall for Sibley, or elevation for any one of Libby, Haines or Yates would have looked a better move.

I conclude this section by congratulating West Indies in advance for the series win they have just been handed by the England selectors.

As far as I am concerned Collingwood by his role in this utter shambles of a selection process has just ruled himself straight out of the permanent role as head coach. The right person for head coach of the test side for me is Gary Kirsten, who should have had the job when it was given to Silverwood instead. Kirsten wants split coaching roles, so that the ODI and T20 sides have a head coach of their own. I am happy to go along with this, and I suggest that the head coach of these sides should be Charlotte Edwards who after an awesome playing career has gone on to build up an excellent coaching record.