A review of Kim Newman’s “The Quorum”. 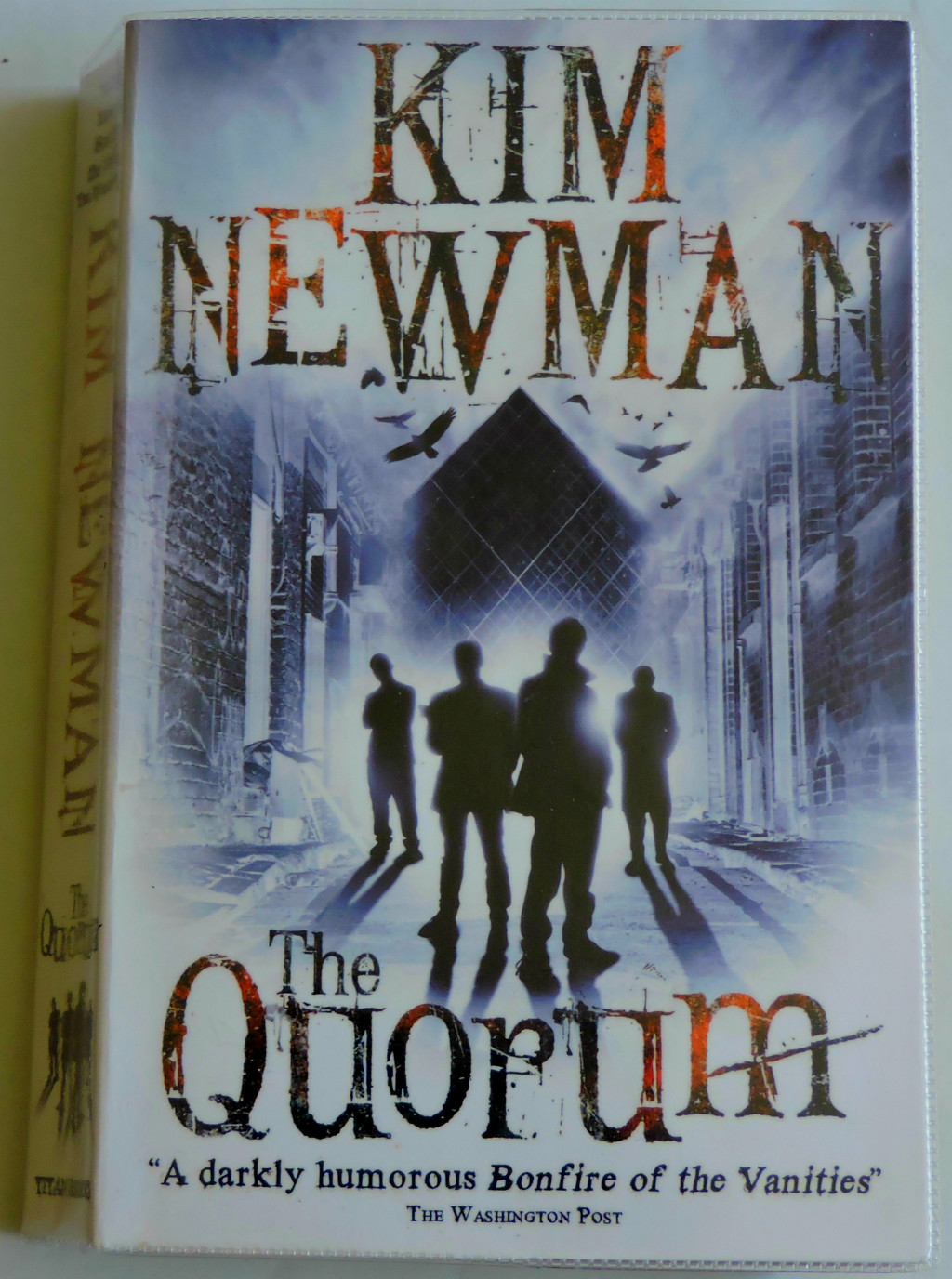 For this post I am reviewing a book I read recently. When I review books I do so because I consider it worth doing – I gain no pecuniary benefit at all.

HOW I DISCOVERED KIM NEWMAN

I first came across Kim Newman a couple of years back when I saw a copy of Moriarty: Hound of the D’Urbervilles in Norwich Millennium Library. I enjoyed that book, and the kept the author’s name in mind for future reference.

HOW I DISCOVERED THE QUORUM

I was in King’s Lynn library on Monday, as I often am when not at work when I saw the book. I checked out the back cover to see if I could glean more about the story, and decided it was worth borrowing. On Wednesday, with the beginnings of this post already in mind I returned it having read and enjoyed it…

The prime mover of the story goes by the name of Derek Leech, and the story starts with him emerging from the muck and slime of the Thames (even today, half a century after Leech’s supposed emergence and after considerable efforts to clean it up the Thames remains fairly slimy and mucky). The other principal characters are four schoolfellows who end up in a situation whereby three of them become very rich and successful courtesy of Leech, but they have to stuff up the life of the other as part of a Faustian deal.

Along the way we are told much about the various ways in which the three who have been granted success. One is a TV presenter and best selling author. In his capacity as an author he names characters after London Underground stations, so we encounter Colin Dale (look near the northern end of the Edgware branch of the Northern line), Ken Sington (South Kensington – District, Circle & Piccadilly, High Street Kensington – District & Circle, Kensington Olympia – – District), Mai Da Vale (Maida Vale, Bakerloo line) and Barbi Can (Barbican – Circle, Hammersmith & City, Metropolitan) are all mentioned in the book as names used by Michael Dixon for his characters. Of these names only the first really passes muster. The s in Kensington is pronounced as a z not an s – Ken Ington, losing an N from the name of that Northern line hub station would have been better. Mai Da Vale is a mishmash of a name – a clearly oriental first name and surname with an Italian prefix, in addition to which were Vale a recognised Italian name (I do not believe it is) it would certainly pronounced as Var-lay in that language. Barbi is not usually spelled without the e, and I have yet to come across anyone surnamed Can. However, I credit Newman with selecting these names as a way of indicating just how undeserved Michael Dixon’s best seller status is.

The kicker moment comes late in the plot, after Neil, the ‘loser’ in the bargain finally concedes defeat. It turns out that he as the person whose pain has been feeding Leech’s “device” is far more important than the other three, who having driven him to utter the dread phrase “I give up”, have now ceased to be useful to Leech.

I enjoyed reading this book and recommend that you read it too. 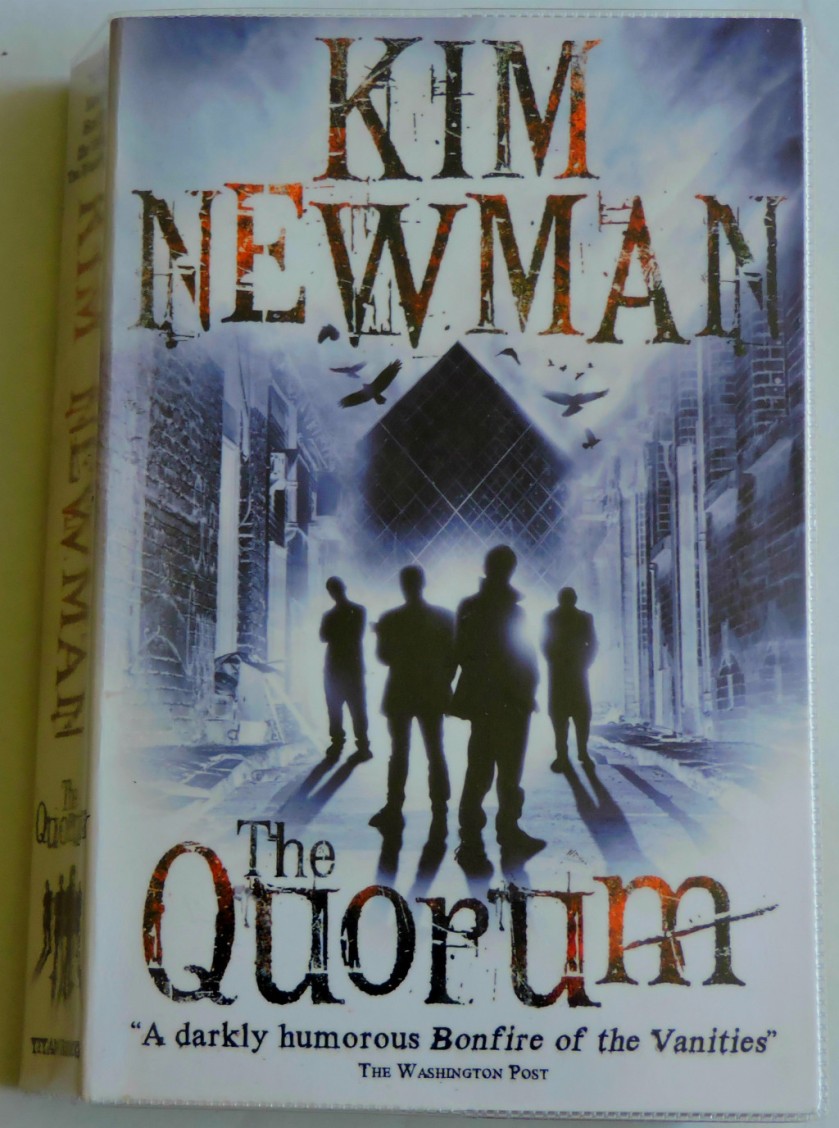 END NOTE: THE LINKS
FROM THE CHARACTER NAMES

All the links in my information about Michel Dixon’s dodgy character names are to posts on my London transport themed website, www.londontu.be. South Kensington has two links because there are two posts about that station, written at different times.