Continuing my Italian holiday series with an account of the Piazza Navona and Domitian’s Stadium. 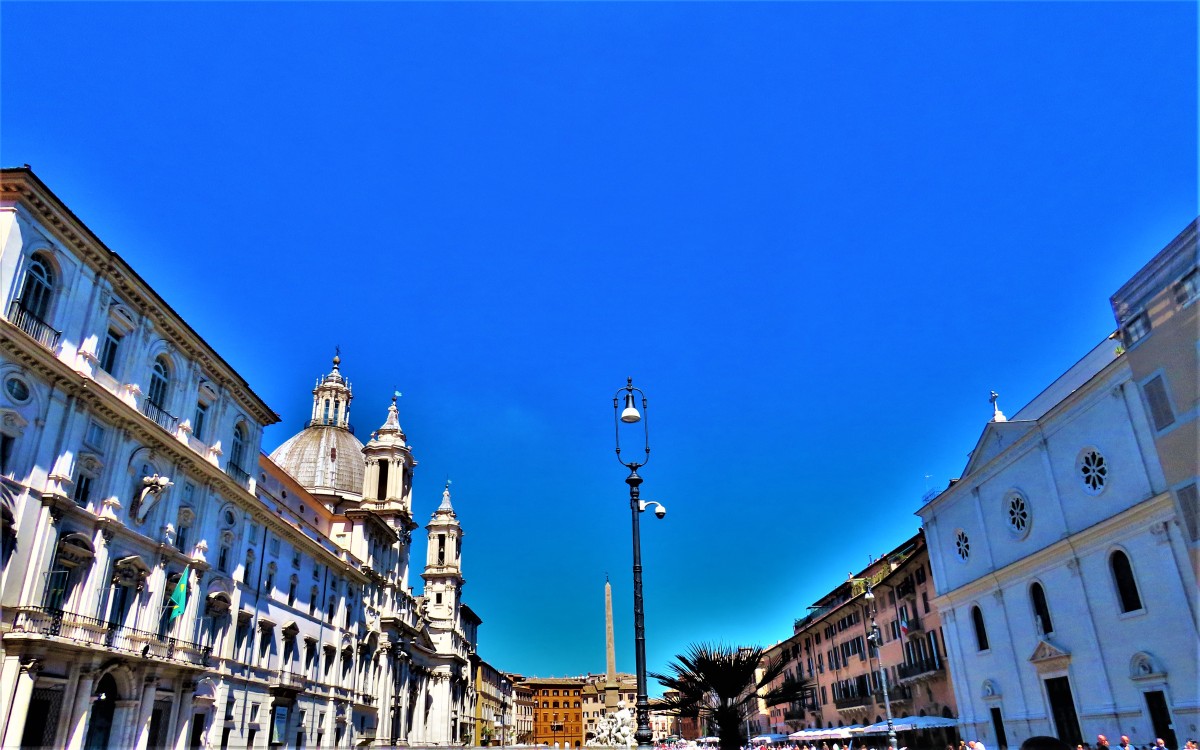 This is the latest post in my series about my recent holiday in Italy (not all of us feel obligated to deny our travels, especially when there is indisputable evidence as to our whereabouts at the times in question), and its main theme is a visit to two places which are one on top of another.

SUPPER AT A HISTORIC RESTAURANT

After our look at the Via Appia we went out for supper at very fine restaurant which had some ruins visible beneath its floor. The meal was excellent. It was obvious from some of the things that we were warned about while ordering our food that they have had problems with English folk before (disappointing but sadly unsurprising that this should be the case), but we all thoroughly enjoyed it.

My sister, my nephew and I visited Piazza Navona in the morning, my mother being at that point in bed due to illness which we reckon was diabetes related. Although she ate very little that day she subequently perked up sufficiently to come out in the afternoon which began with a return to Piazza Navona and an exploration of Domitian’s Stadium, the remains of which are underneath Piazza Navona. We did a few other things which will feature in my next post after we had finished there.

Domitian was one of Rome’s worst emperors, eventually being murdered in his palace and subsequently declared ‘damnatio memoriae’ – ‘damned to the memory’. Tacitus, who was too cautious to write about someone as recent as Domitian, used Tiberius, the second emperor after Augustus, as his ‘surrogate Domitian’. Domitian is also covered by Suetonius in “The Twelve Caesars”, being the twelfth Caesar – Suetonius starts with Julius Caesar who was never officially styled as emperor, and also covers Augustus, Tiberius, Caligula, Claudius, Nero, Galba, Otho, Vitellius, Vespasian, Titus and Domitian.

Both the Piazza Navona of today and the remains of Domitian’s stadium are well worth visiting. The latter has an audio guide which you can use for extra information – you get a headset and a map with number locations, and when you are at one of the locations you position the headset over that number on the map and play the relevant audio.

I end this post in my signature style with a waterfall video:

One thought on “The Piazza Navona and Domitian’s Stadium”