Continuing my extended analysis of how the all time XIs I created for each letter of the alphabet fare against one another. Also has a king sized photo gallery. 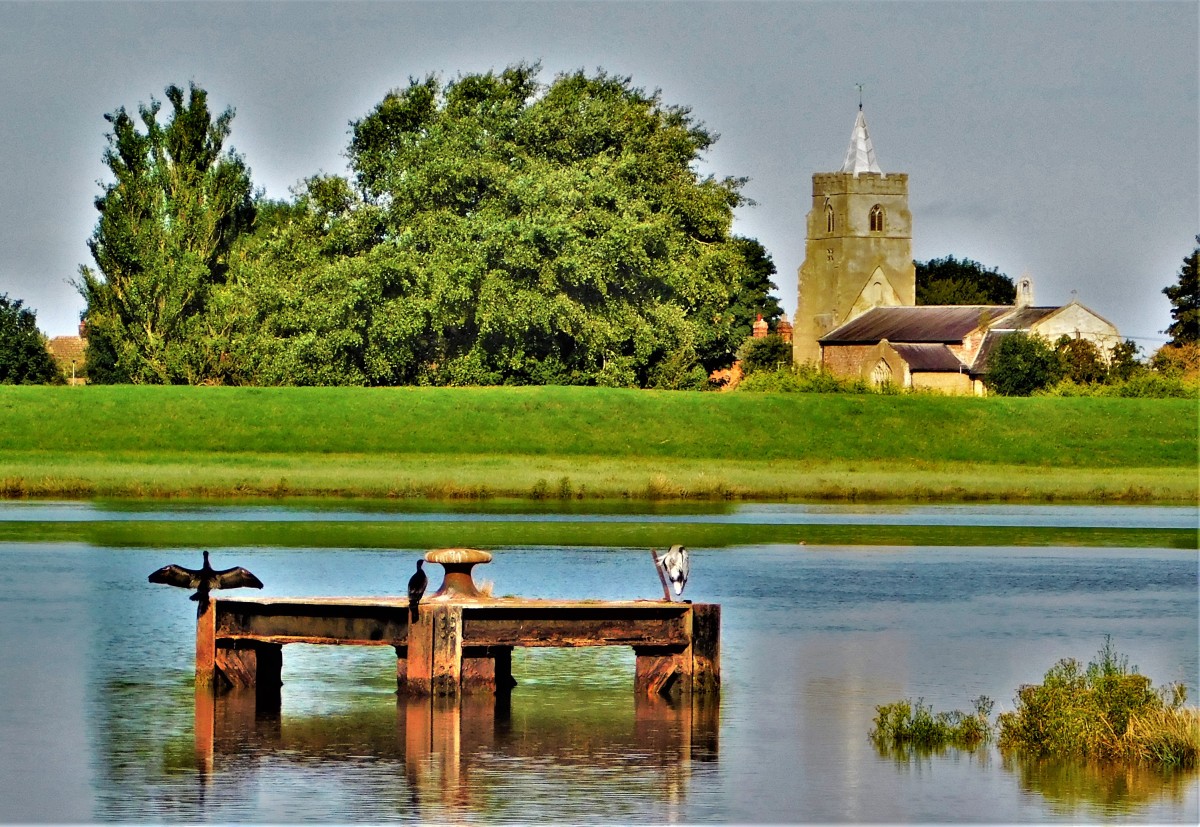 Welcome to the next stage in my extended analysis of how my all time XIs for each letter of the alphabet fare against each other. The Cs still occupy the hot seat, and they start today with 23 of a possible 90 points to their credit.

THE Cs V THE Ts

The Cs in theory have the stronger opening pair but a) both the Ts openers were regulars at that job, unlike the Cs, and b) Victor Trumper played in an era when run scoring was less than it is now. Therefore I say that the Ts win here. Frank Tarrant at three is outdone by Chappelli for the Cs, although he would average more with the bat had he played in Chappell’s era rather than considerably earlier, so this contest is not is clear in Chappelli’s favour as it looks. Tendulkar beats Compton, but Thorpe loses to G Chappell. As against that Ross Taylor is much better with the bat than Constantine. Carter beats Bob Taylor with the bat, but the Ts man was the finer keeper. Tyson and Trueman outrank even Cummins and Croft as a new ball pair, and Thomson is far superior to Constantine as third seamer. Trumble is clear of Cornwall, and Tarrant the bowler rates little if any behind Chandrasekhar. I make the Ts winners in all departments, save for Carter being better with the bat than his rival keeper, and accordingly score this Cs 0, Ts 5.

THE Cs V THE Us

The Cs win the top five batting slots, with only Inzamam Ul-Haq and Misbah Ul-Haq winning their match ups. Umrigar at six is better with the bat than Constantine, while Ulyett makes up for being outbatted by comfortably outbowling Constantine. Umar Akmal was a finer batter than Carter but a fraction of the keeper that the Aussie was. Umar Gul and Umran Malik are comfortably out pointed by Cummins and Croft, although Umran Malik would be the fastest of the four. Ur Rahman is a better off spinner than Cornwall by some way, and Underwood outranks Chandrasekhar as a bowler. Chappelli outranks Misbah Ul-Haq as a captain. The Cs win on batting, captaincy, keeping and new ball bowling, the Us have the better third seamer, more batting from their keeper and boss the spin bowling department. Overall the Cs are obviously clear, but allowing for one serious turner out of five I score this one Cs 4, Us 1.

THE Cs V THE Vs

The Cs win on opening pairs even allowing for Vine averaging more these days than he did in his actual playing days. Chappelli just edges Vaughan on batting, and also beats the Yorkie on captaincy, by a slightly wider margin. Compton beats Viswanath and G Chappell beats Vengsarkar. Verreynne handsomely beats Carter on batting but is well behind him as a keeper. Vaas was less of a batter than Constantine, but wins the bowling side of their match up more convincingly than the figures suggest – as third seamer in a strong attack he would perform even better than he actually did as opening bowler in a weak one. The Cs win the battle of the new ball pairs – Van der Bijl probably was the best of the four bowlers involved in this match up, but Voce undoubtedly ranks fourth, some way adrift of third. Vogler and Chandrasekhar are close as bowlers, while Verity blows Cornwall out of the water. The Cs have a noticeable advantage in batting, but the Vs are well clear in bowling, especially given that they have a sixth front line option in Vine. I think the Vs bowling guns settle this one, but it is far from one sided: Cs 2, Vs 3.

THE Cs V THE Ws

The Cs have theoretically the better opening pair, but Worrell and Woolley were more suited to opening than Chanderpaul and Cowdrey. Weekes is massively clear of Chappelli with the bat, and Worrell probably just wins the captaincy side of that match up. Walcott beats Compton, while G Chappell is just ahead of Waugh. Watling massively outbats Carter, but the Aussie was the finer keeper. Woods outranks Constantine in both departments. Cummins and Croft outrank Willis and Whitty as a new ball combo, although Whitty’s left arm reduces the margin between these combos. Woods’ advantage over Constantine, and the presence of Worrell as a fourth seam option gives the Ws a clear win in this department. Warne is clear of Chandrasekhar, and Wardle knocks the spots of Cornwall, and the Ws also have Woolley’s left arm orthodox spin as a third option in that department. There is no set of circumstances that enables the Cs to come out on top, so: Cs 0, Ws 5.

THE Cs V THE Xs

The Cs dominate the top batting, although Dexter wins his match up against Chappelli. As against that, Chappelli was a much better skipper than Kippax. Axar Patel beats Constantine in both departments. The Xs are well down in the pace bowling department, but have lots of depth in the spin bowling department. Box was a legendary keeper, and bearing in mind that the best batter of his era, Fuller Pilch, averaged less than 20, he is not outgunned by Carter in that department either. The Cs win this one, but not in a whitewash: Cs 4, Xs 1.

I have a huge photo gallery to share today. To view a photo at full size just click on it

Continuing my analysis of how the all time XIs I have created for each legtter of the alphabet fare against each other. Also a two part photo gallery. 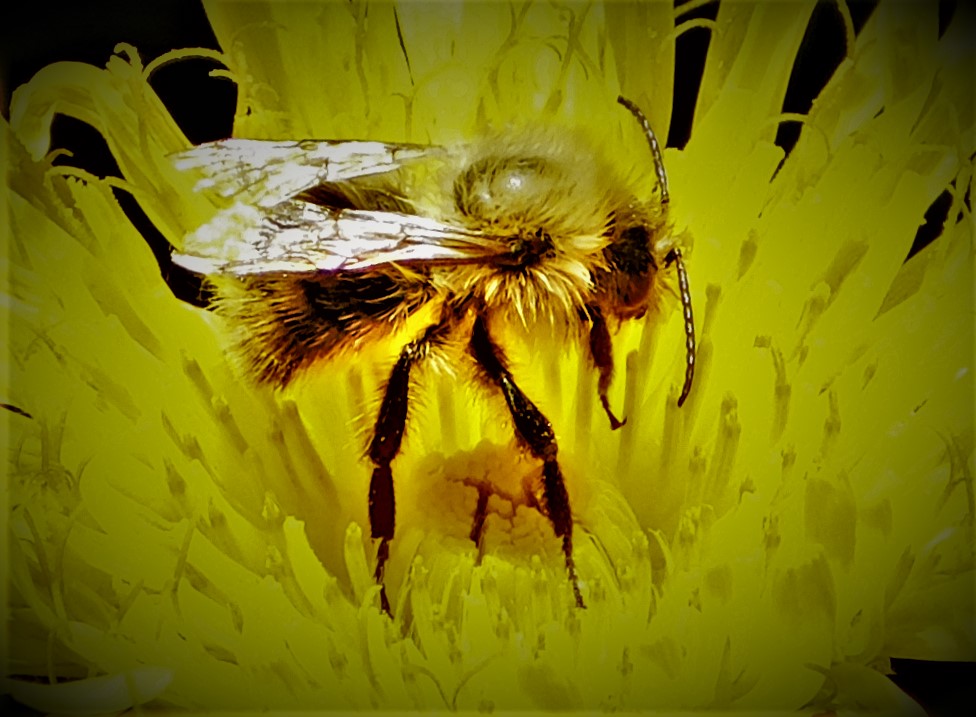 Welcome to the latest post in my series analysing how the all time XIs I created for each letter of the alphabet fare against one another. The Cs are in the hot seat today, starting with 10.5 of a possible 40 points.

THE Cs V THE Js

The Cs have a theoretical advantage when it comes to the opening pair, but the Js openers were both regular openers, the Cs not so. The Js win the number three slot, narrowly lose the number four slot and lose the number five slot, though Stanley Jackson holds his own as skipper with Chappelli. Jones wins the battle of the keepers against Carter. The battle of the explosive all rounders between Constantine and Jessop is great clash, though based on their FC records, and Jessop’s famous innings at The Oval in 1902 I would say Jessop has the higher ceiling. Vallance Jupp outperforms Cornwall in both departments. While Cummins and Croft beat Johnston and S Jones as a new ball combo, Johnson is miles better as third seamer than Constantine, and the Js have back ups in the form of Jessop and FS Jackson better than any available to the Cs. Jayasuriya was not nearly as good a bowler as Chandrasekhar but Jupp’s superiority over Cornwall and Johnston’s ability to bowl spin at need more than counterbalance that issue. I score this as Cs 1, Js 4.

THE Cs V THE Ks

The Cs outpoint the Ks in the 1,2 and 4 batting slots, while the Ks win numbers 3 and 5. Imran Khan comfortably outpoints Constantine at six. Kirmani wins the clash of the keepers. King and Kortright are certainly a match for Cummins and Croft, with Imran a far better third seamer than Constantine, and Kallis available as further back up in that department for the Ks. Rashid Khan and Anil Kumble are sufficiently different in method to make up for the fact that both bowl leg spin. Kumble outranks Chandrasekhar if only because he achieved his figures over many more matches, and Rashid Khan is well ahead of Rahkeem Cornwall as a bowler. The Cs have a marginal advantage in front line batting, but that is well and truly obliterated by the all round skills of Imran Khan, Syed Kirmani, Bart King and Rashid Khan. In bowling the Ks win comprehensively and that leads to my score: Cs 0, Ks 5.

THE Cs V THE Ls

The Ls are ahead with the opening pair, especially since Lawry was the only regular opener among the four players involved. Lara comfortably beats Chappelli in the number three slot, Compton beats Laxman, G Chappell beats Lloyd, while Lloyd matches Chappelli on captaincy. Langridge wins the number six slot comfortably, Carter wins the battle of the keepers. Lindwall and Lillee are a good match for Cummins and Croft as a new ball pairing, Lohmann is a country mile clear of Constantine as third seamer, Laker as a bowler is way ahead of Cornwall, and Langridge is not far behind Chandrasekhar in that department. The Cs have an advantage in the top line batting slots, but the Ls win the bowling comfortably: Cs 1, Ls 4.

THE Cs V THE Ms

In theory the opening pairs are about equal, but in practice Morris and Merchant were both regular openers, whereas Chanderpaul and Cowdrey weren’t, and also Merchant achieved his test figures in a career that was dispersed over a long period of time, and his FC average of 71 suggests he was a better batter than his test record suggests. Chappelli is ahead of Macartney in the number three slot but only just. Compton outpoints Mead, but again not by much. G Chappell is similarly a fraction ahead of Miandad. Miller is far ahead of Constantine in the battle of the all rounders, though Chappelli outpoints him as skipper, Marsh comfortably outpoints Carter in the battle of the keepers. Marshall and McGrath are clear of Cummins and Croft as a new ball pairing, Fazal Mahmood is far clear of Constantine as third seamer, and with Miller also available in that department. Murali is far clear of Cornwall as an off spinner and while Macartney’s left arm spin is not the equal of Chandrasekhar’s leg spin he was once a match winner for his country with it. Add to that the fact that Fazal Mahmood was a master of the leg cutter and that Miller could switch to off breaks at need, and the Ms dominate the spin department as much as they dominate the pace department: Cs 0, Ms 5.

THE Cs V THE Ns

The Cs unequivocally win on opening pairs. Nurse beats Chappelli in the number three slot. Dudley Nourse beats Compton in the number four slot, but Dave Nourse comes a very distant second with the bat to G Chappell. Monty Noble wins the battle of the all rounders against Constantine, and matches Chappelli on captaincy. Nixon was better with the bat than Carter, but the Yorkshire born Aussie was probably the finer keeper. Cummins and Croft beat Ntini and Nortje as a new ball pair, but the back up options the Ns have in this department, Sarfraz Nawaz and Stan Nichols outweigh Constantine. While Noble outdoes Cornwall as an off spinner, Chandrasekhar comfortably outpoints Nadeem. The Cs are ahead on batting, behind on pace bowling and about even on spin bowling. I think the Ns bowling guns settle this in their favour but not by much: Cs 2, Ns 3.

My usual sign off has a variation today – it comes in two parts. Part one is pictures of last night’s full moon…