A look at Villa D’Este as I continue my account of my Italian holiday.

Welcome to the latest post in the series I am doing about my recent Italian holiday (2-11 November). This post deals with the second part of the final Thursday, and will be dominated by photographs.

After being shown the hidden treasures of the Villa Sant’Antonio we headed into central Tivoli for a look at the Villa D’Este, the third major attraction in that part of the world (I featured Villa Adriana and Villa Gregoriana in earlier posts in this series). This villa is still in good c0ndition and also has extensive grounds, although I did not see much of those because I was worried about climbing back up from a longish descent. However, I saw enough to be extremely impressed.

I end this post as usual with a waterfall video:

Showcasing the hidden treasures of the Villa Sant’Antonio.

Welcome to the latest post in my series about my Italian holiday (2-11 September inclusive). Today we look at the hidden treasures of the Villa Sant’Antonio, where we stayed for the second half of the holiday. We were shown these on the Thursday morning, the morning of our last full day in Italy.

As I mentioned in an earlier post in this series the Villa Sant’Antonio is a former convent. One unchanged relic of the building’s history is the chapel…

The chapel was fairly impressive, but to me the second hidden treasure, the Roman remains that lend credence to the notion that the poet Horace had a villa here back in the day, is even more so.

I end with two waterfall videos:

A look at Villa Adriana.

I am continuing my account of my holiday in Italy (2-11 September inclusive) with a look at Villa Adriana. Before I cover the attraction itself I offer…

I am doing this here because I encountered a cricket on the way to Villa Adriana and there were some tiny lizards (about four inches long, presumably insectivorous – quick internet search reveals that there is actually a species called the Italian Wall Lizard, which fits the description) in the grounds of the villa:

This was the emperor Hadrian’s country retreat, and he had replicas of the most impressive stuff he had seen in the course of his travels (and he saw most of the Roman empire, then at pretty much its absolute height – he had pulled back from some of his predecessor’s conquests, deeming them unsustainable). The site is very substantial, and in Hadrian’s time must have had a staff of thousands looking after it. This is a UNESCO world heritage site, and it thoroughly deserves that designation.

Continuing my account of my Italian holiday with a look at Villa Gregoriana, plus a link to an important petition. 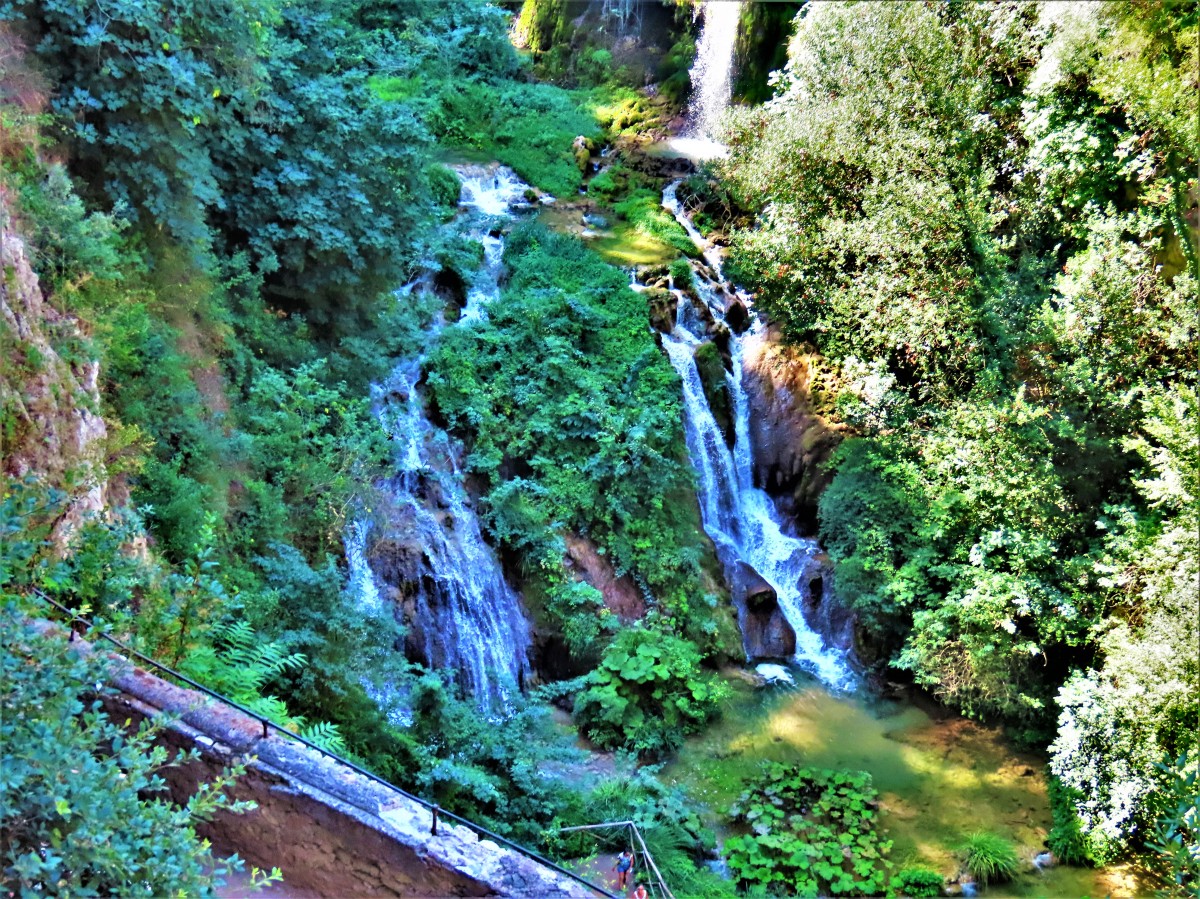 It has been a while since my last post, but I have not forgotten about all of you who support me here on wordpress. Today I continue my account of my Italian holiday (2-11 September inclusive). In my most recent post I covered the move from Rome to Tivoli. Today I look at the first major attraction we visited in Tivoli. However, before I get into the meat of this post I have something to draw your attention to:

My attention was drawn today to a petition on change.org calling for the minimum wage to be increased and turned into a genuine living wage. Many of the workers affected are also the precise workers on whom we have been relying during the pandemic. I have posted a screenshot below and urge you to sign and share this petition.

The name of this place derives from the 16th and last pope to use the name Gregory (the selfsame Gregory who created an order of knights supposedly named in honour of the first pope Gregory) who oversaw some important engineering works in the area (the waterfalls, including the big one I have showing videos of are nearly all engineered and not as they would have looked in olden times, when the river Aniene regularly flooded the town). Although it is named as a villa the grounds are all that remain, although among the many landmarks they feature are the remains of a temple of Vesta.

We walked there and then through the grounds. The walking route goes right down into the heart of what is a very deep valley and then up the other side. The ascent, in heat that was already quite punishing (the temperature was into the thirties, unusually hot for the time of year), caused me serious problems – a combination of exhaustion and dehydration. Four of us including me travelled back to our villa in a taxi, and I spent a very quiet afternoon in my room, drinking lots of water. I recovered, and thereafter never went out without water and adopted a much more cautious approach for the rest of the stay. I enjoyed seeing the grounds of the Villa Gregoriana, which as I hope the photo gallery that follows indicates are quite extraordinary.

I end this post, as usual for this series, with a waterfall video:

Continuing my account of my Italian holiday with the moving day.

We have reached a turning point in my account of my Italian holiday (2-11 September inclusive). After four nights in Rome it was time to move on to Tivoli for the second part of the stay.

We had to vacate our apartment in Rome by 10AM, and the car that had been hired for the Tivoli leg of the holiday was due to be available from Roma Termini at 12:00. Given our baggage it seemed sensible not to attempt the journey across Rome by public transport, so my nephew used an app on his phone to hire an Uber van to collect us. The morning went fairly smoothly, and the delay at Roma Termini was not too long either (we found a cafe near the car hire place and had some refreshment).

We travelled by way of the Via Tiburtina, and visited a supermarket en route to purchase drinks for the stay (breakfast and supper were provided with the accommodation, but booze was our responsibility).

We were booked into the Villa Sant’Antonio just outside Tivoli, where we were to be joined by an uncle, aunt and cousin plus an old family friend. We arranged who would have which rooms, and were then able to relax for the rest of the day.

The Villa Sant’Antonio is an ex-convent, and is allegedly above the site of a villa owned by the great Roman poet Horace (there is a reference to him enjoying the view of a waterfall, and as you will see in a later post there are some remains which lend credence to the claim).

Setting the scene for a major post about Ancient Ostia – lots of pictures of Rome, and a glimpse to the second part of the holiday with another waterfall video.

This is a continuation of the story of my Italian holiday (2-11 September inclusive) that I started in my previous post. It sets the stage for the account of our visit to ancient Ostia that will be the subject of my next post in this series.

With my sister and nephew due to arrive late in the evening my parents and I did some local exploring, including walking right round the outside of Castel Sant’Angelo. In the opera of that name the tragic heroine Tosca throws herself from the top of the Castel (they use a bit of dramatic license to have her land in the Tiber. It is also that stretch of the Tiber that features in one of the Daniel Craig Bond movies, where Bond’s car ends up at the bottom of the river.

The following morning my mother, my sister and I went out to find a bakery (the local supermarket had stocked bread, but it was not very impressive). We were out for much longer than we intended, but we did find some decent bread, and snacks for everyone. Our snacks eaten it was time for the main part of the day, the trip to ancient Ostia which involved a bus trip and then a train journey (cost 1 euro 50 each way per person, which buys you 100 minutes of travel time from the moment the ticket is composted – how nice to find sensibly priced public transport as opposed Britain’s extortionate fares).

After the photographs from that first evening and morning I will end this post with another waterfall video.