An account of recent events at James and Sons.

Yesterday was James and Sons’ May auction, at Fakenham Racecourse, and today we had a badge sale at our shop in Fakenham.

Our main auction was blighted by problems with the internet connection at the venue. Eventually we relocated the auction itself to Cool Roxy, the owners and trainers bar, while leaving the stock in the Prince of Wales Suite. This left us way behind schedule. Nevertheless, the sale was very successful, with five pieces of postcard artwork accompanied by sample postcards by a man called Twelvetrees selling phenomenally well, some old vinyl records selling well (a Black Sabbath recording went for £340), and many other items faring well. Among the lesser lights a book of photographs from King’s Lynn’s past went for just £4 (it goes well with my substantial digital archive of pictures from King’s Lynn’s present thank you), while a Cornwall Polytechnic Society medallion featuring a bust of James Watt (he after whom the unit of power is named, and who along with his distant predecessor Heron of Alexandria, his closer predecessor Thomas Newcomen and his near contemporary Richard Trevithick played a key role in the development of the steam engine, the first power source for locomotives) went for £11. In amongst all this I had to get images of the reverse sides of the some of the badges being sold today to resolve queries.

Overall, the early problems not withstanding it was a successful day, and here are some photos…

These helmet plates all did well 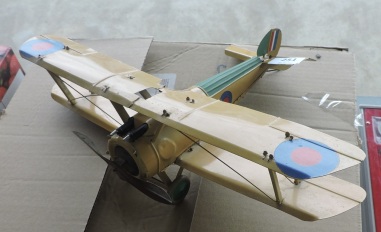 The model aerolplane was another success 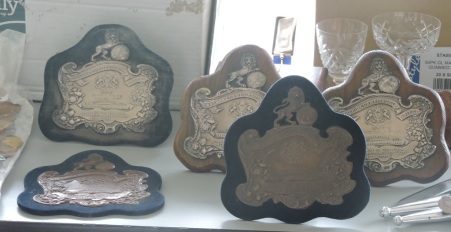 The model soldiers (of which we had vast numbers in various lots) also went down well.

These mounted soldiers were one lot

The Twelvetrees artwork and sample postcards referred to in the text. 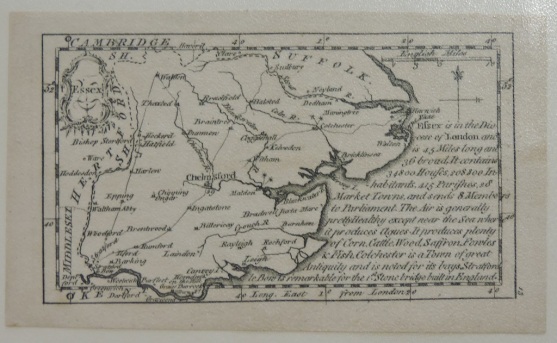 This map piqued my interest but was beyond my means.

This barometer has seen almost as many auctions as I have, but this time it found a buyer.

Had this been being sold individually instead of as part of a much larger lot I would have been interested. 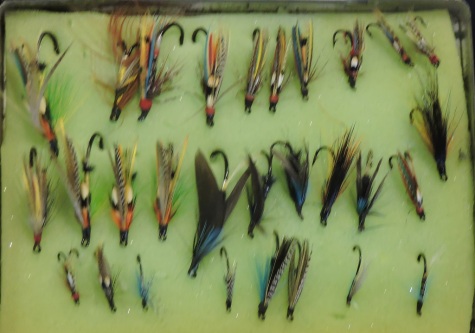 A plastic case full of fishing flies, of which this is just a sample, sold.

The medallion referred to in the text.

Today’s sale proceeded smoothly. Although no huge prices were recorded a number of items did better than expected. Overall therefore I think we can say it was a successful week, although very draining (especially yesterday).

One thought on “Trials and Tribulations”