Welcome to this latest addition to my series about Marxism 2017. This post covers day 4 up to the start of the closing rally, which will have a post of its own to close the series. Before that one there will be two others, a big climate change post featuring Ian Angus’ two talks and Suzanne Jeffery’s talk, and a post about Beth Greenhill’s talk on mental health.

THE START OF THE DAY

As I would be returning to King’s Lynn that evening, and Logan Hall is closer to King’s Cross than my accommodation was I took everything with me. As had been the case on Saturday, my first meeting as at Friend’s Meeting House, this time in the Sarah Fell room, so I had both bags with me for that, as the baggage room was in Student Central, where my second, third and fourth meetings of the day were due to be. Therefore I handed in my keys on my way out.

The fob gives access to the entire complex, by way of the reception building, the first of the three larger keys unlocks the particular block in which I was staying, the biggest key opens the flat in which my room was located, and the middle key of the three opens the door to the specific room I was staying in. The CG12 on the metal disc refers to the fact that this room is room 2 in flat 1 on the ground floor of block C.

On my way I photographed a building near my accommodation that had fascinated me: 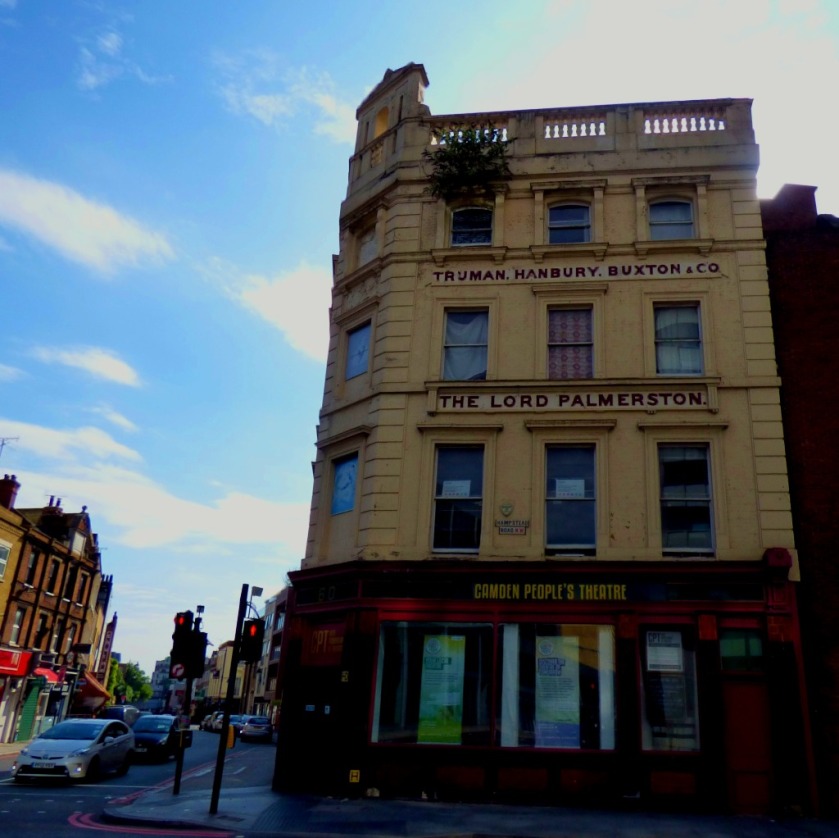 This was very interesting, showing how science fiction writers approach’s track real world events. The first “cli-fi” (a back formation from climate change and science fiction) referred to ice and floods, with fire and warming coming later as apocalypse scenarios. Here are some photographs, which I am presenting as a ’tiled mosaic’ – to view as a gallery left-click (or single finger touch if you have a finger pad like mine): 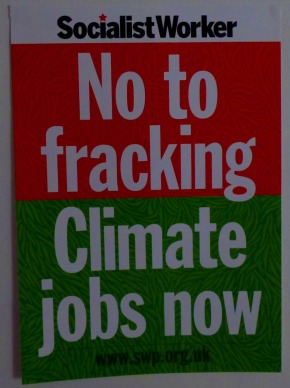 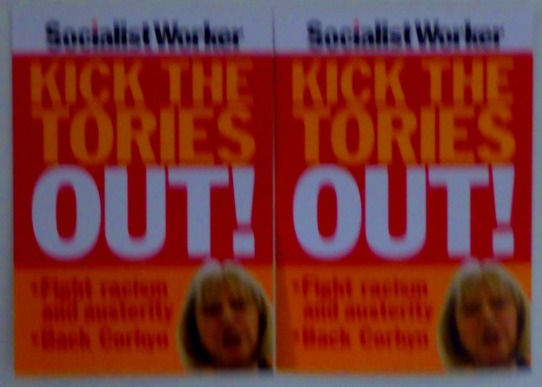 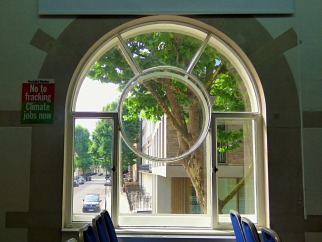 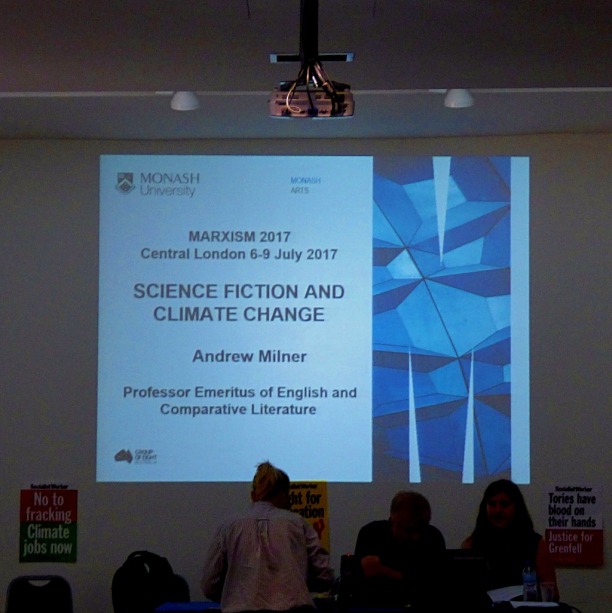 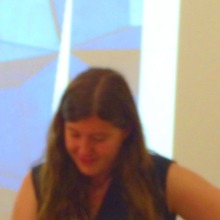 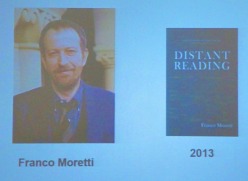 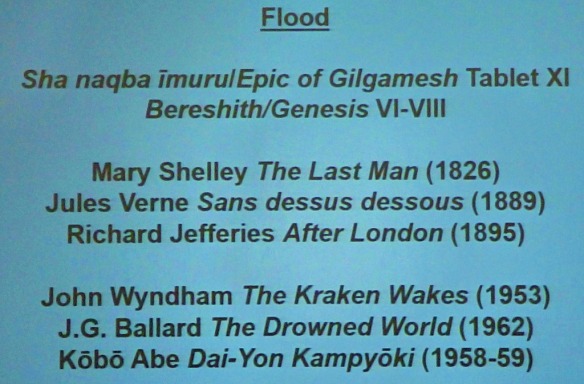 Note the second book on this list – the first ever to acknowledge the possibility of anthropogenic global warming. 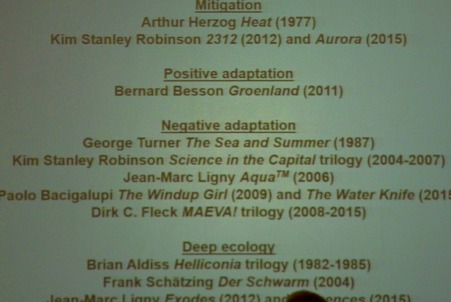 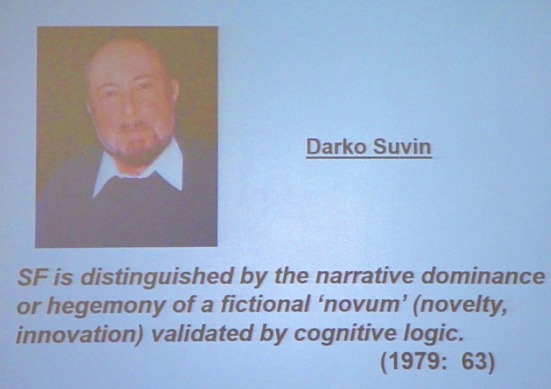 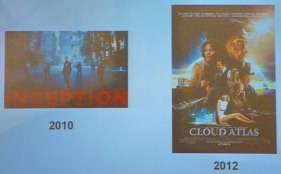 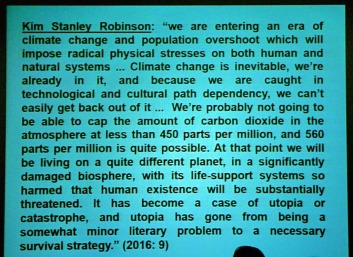 OVER THE RAINBOW: LGBT+ LIBERATION IN THE 21st CENTURY – NICOLA FIELD

This meeting took place in the Malet suite at Student Central, so I was able to deposit my bigger bag in the baggage room which was across the corridor from this room. I picked it up just before heading to the Institute of Education’s Logan Hall for the closing rally. The speaker gave a history of the development of the LGBT+ movement going back to the Stonewall riots, and contrasted the complete commercialisation of the London Pride march (people having to pay to actually march!) with the recent launch of the UK’s 66th pride event, Lancaster Community Pride. 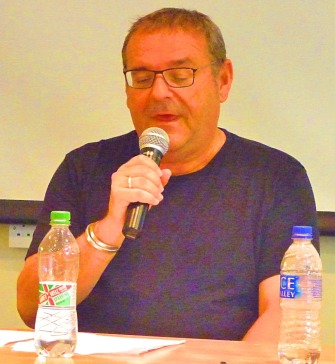 Both the meetings I attended in the afternoon were in the Malet Suite and both were about climate change, and I am covering both in a separate post. A solitary photo before moving on:

I am giving this and my journey home another post. Suffice to say for the moment that it was an excellent finish to the event.