The environment themed meetings at Marxism 2018.

Welcome to the penultimate post in my series about Marxism 2018 (to be followed in the not too distant future by a series that I will title “A Grockle’s Eye View of Cornwall” following my recent visit to Cornwall (more on that curious word grockle at the start of said series). I missed only one of the environmentally themed meetings at Marxism 2018 (it clashed with a meeting about mental health, which I attended instead), the one featuring John Bellamy Foster.

THis meeting was the subject of my first Marxism 2018 post. Here is the featured image: 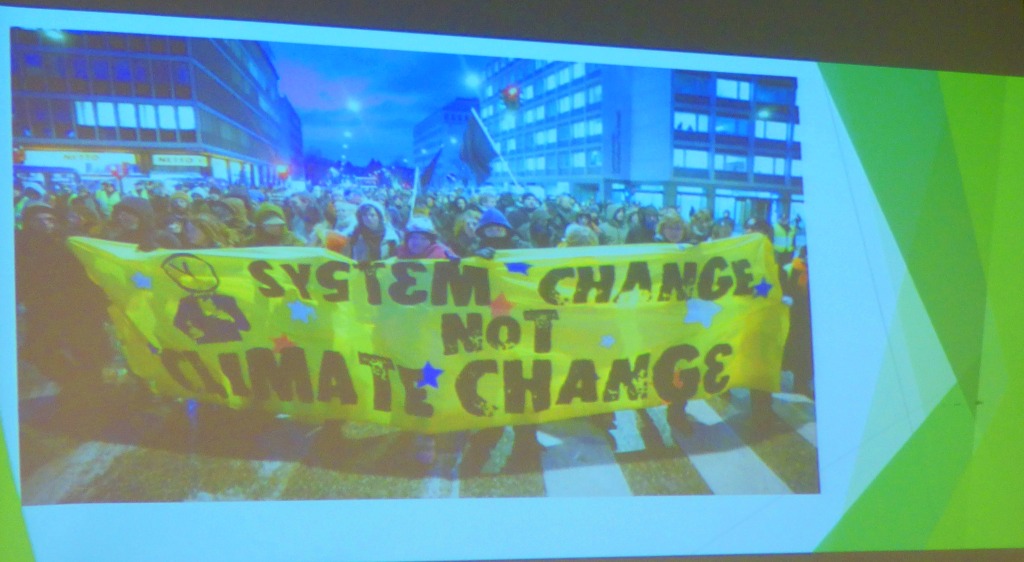 WHY DOES CAPITALISM LOVE PLASTIC?

Amy Leather started her talk with a potted history of the development of plastics. She then talked about plastics as a by-product of fossil fuel extraction, linking in to controversies over fracking. She also talked about how when disposable plastic first became a thing there were advertising campaigns to persuade people to dispose of the stuff. During the discussion James from north Derbyshire mentioned that the company who are seeking to engage in fracking in his part of the world and against whom he and others are fighting are primarily a plastic making company, and their interest in fracking is based on a desire to use by products of fracking to make more plastics. 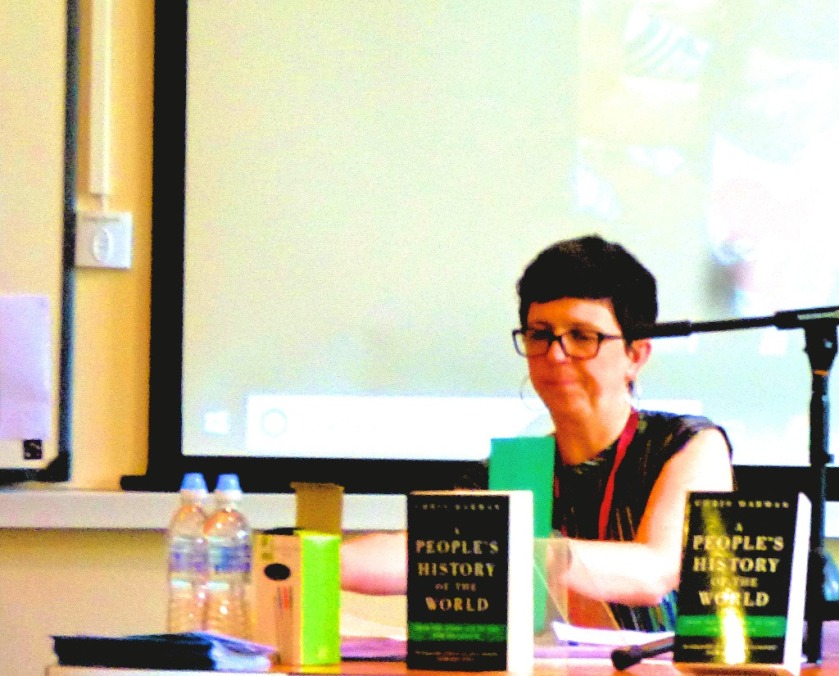 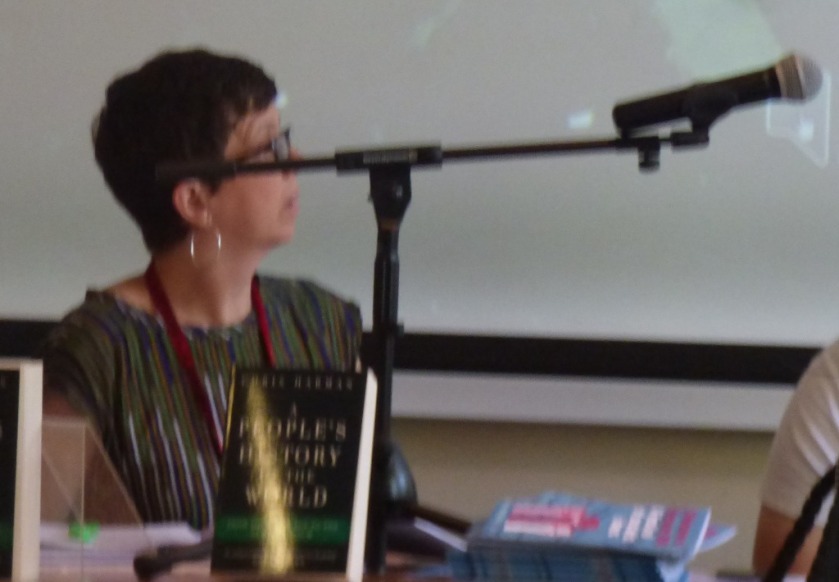 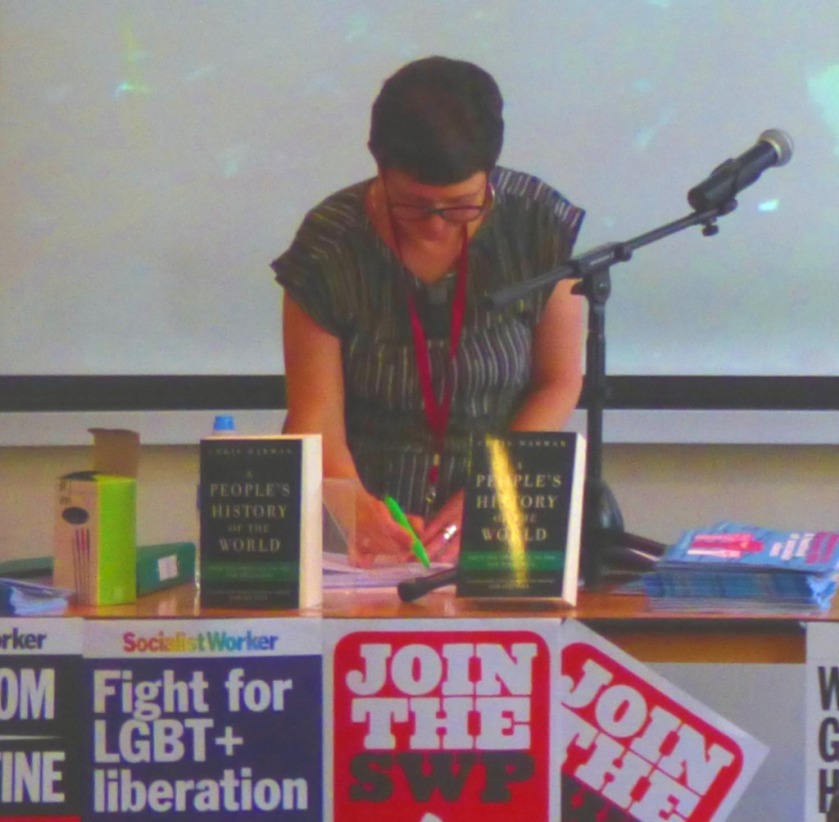 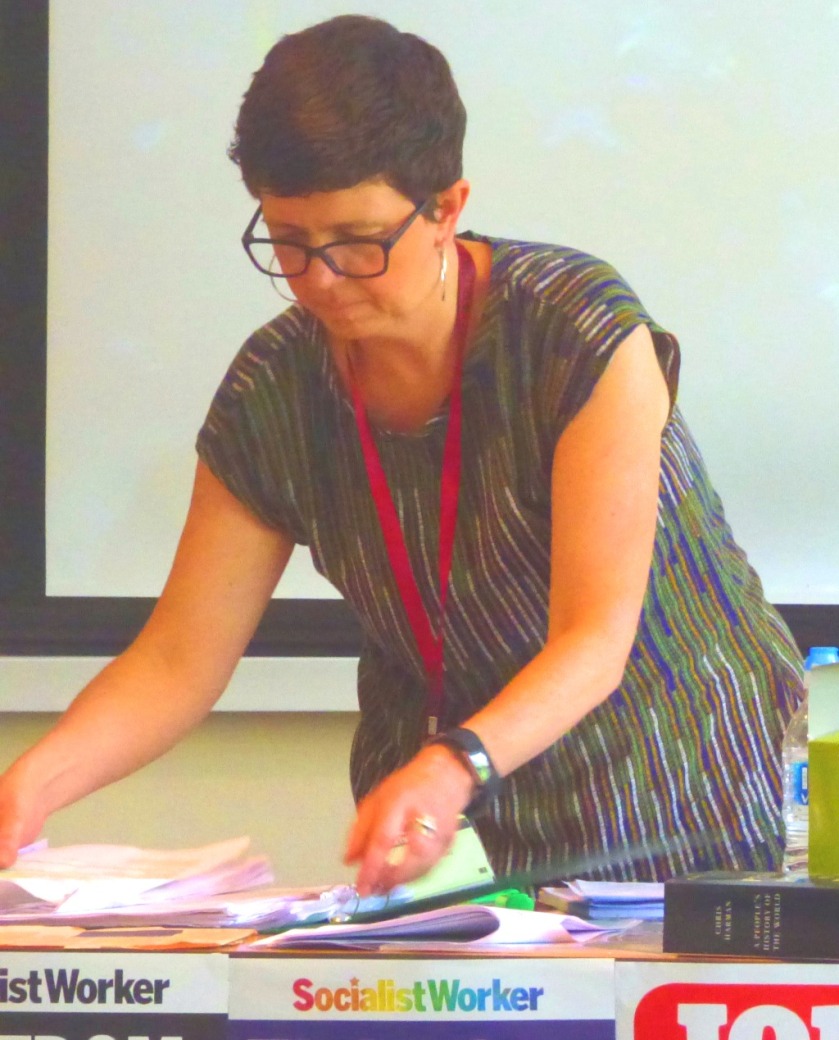 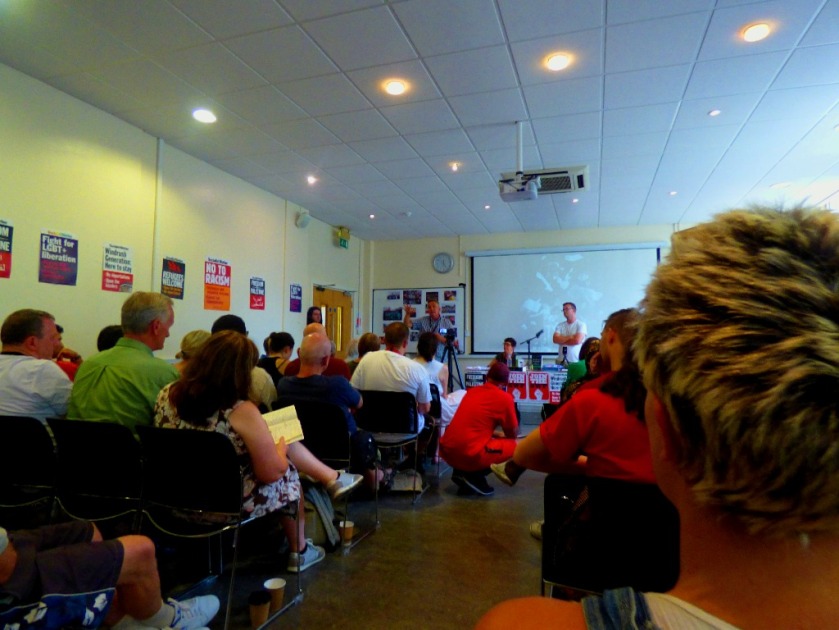 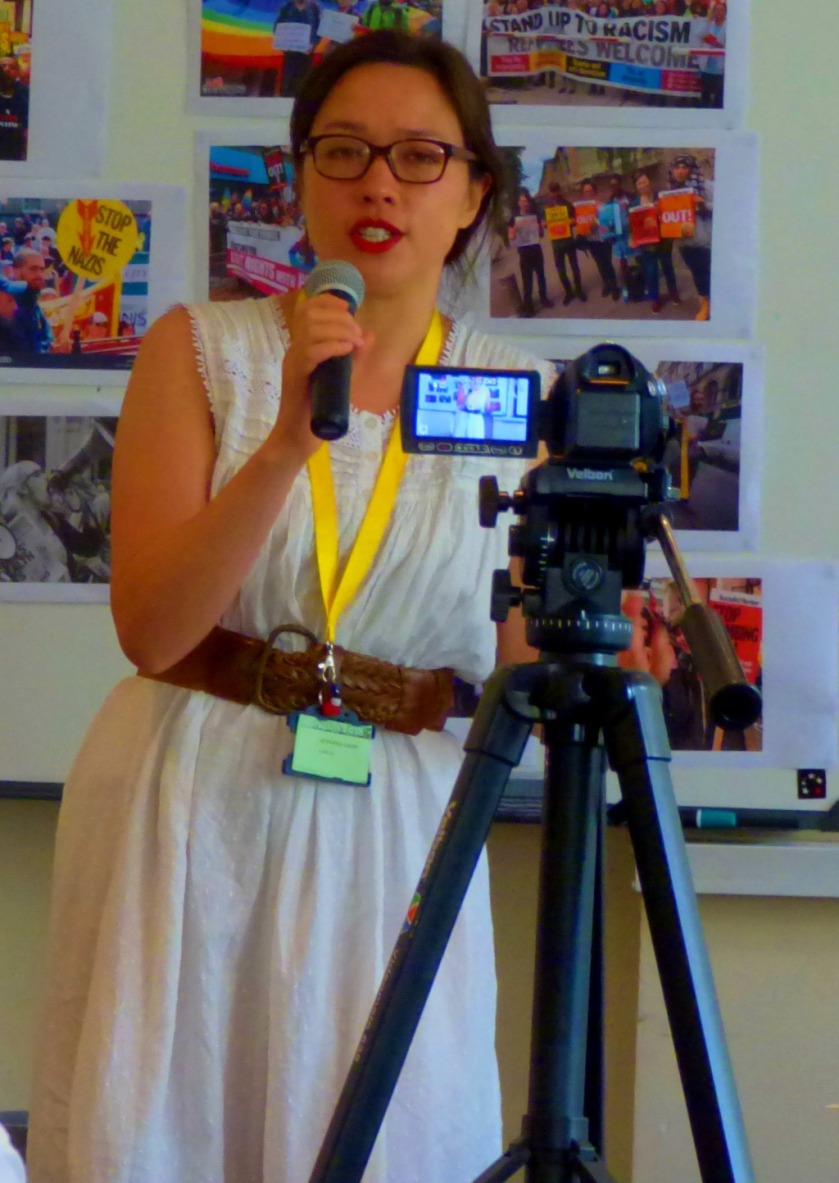 SARAH ENSOR AND IAN RAPPEL ON CAPITALISM AND EXTINCTION

This was the first meeting of the Sunday. The Institute of Education has a somewhat curious system of floor numbering, whereby you enter the building from outside on level 4. This meeting was in a room on Level 8, and I chose not to use the lift (I have been known to opt for the stairs at both Russell Square – 175 – and Covent Garden – 200 – stations, so for a mere four floors it was barely even a question).

I enjoyed the meeting – both speakers were excellent, and although the sun prevented the presentation from being seen to best effect (even with blinds drawn and the lights off in the key part of the room – the latter a suggestion on the part of yours truly) it was still well worth the climb up and down. 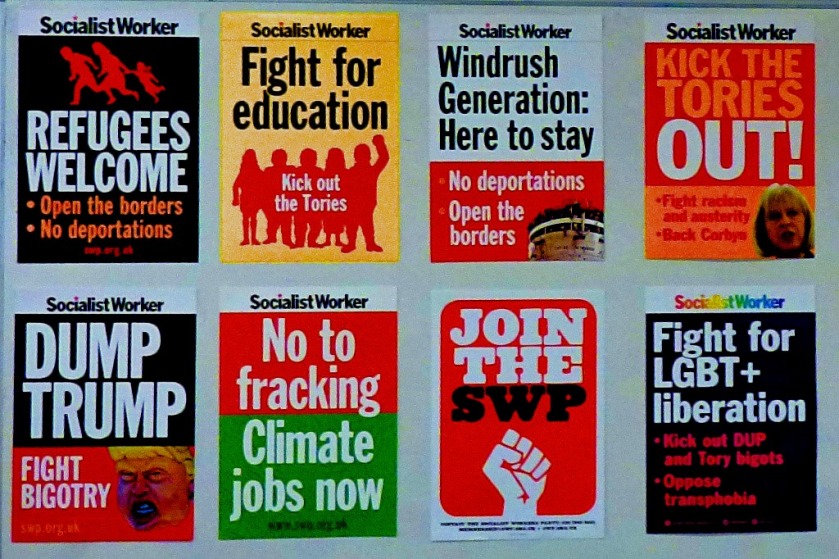 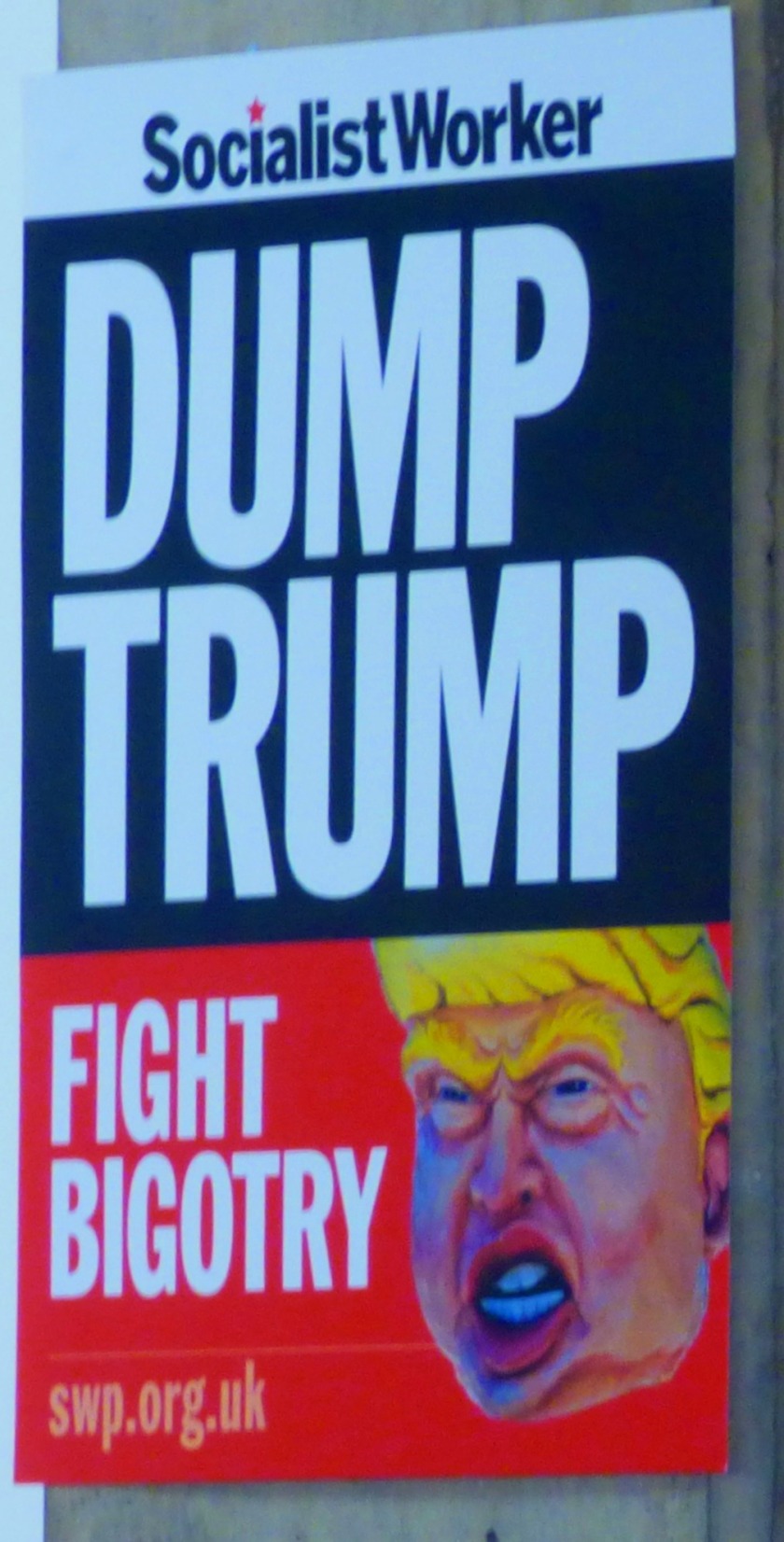 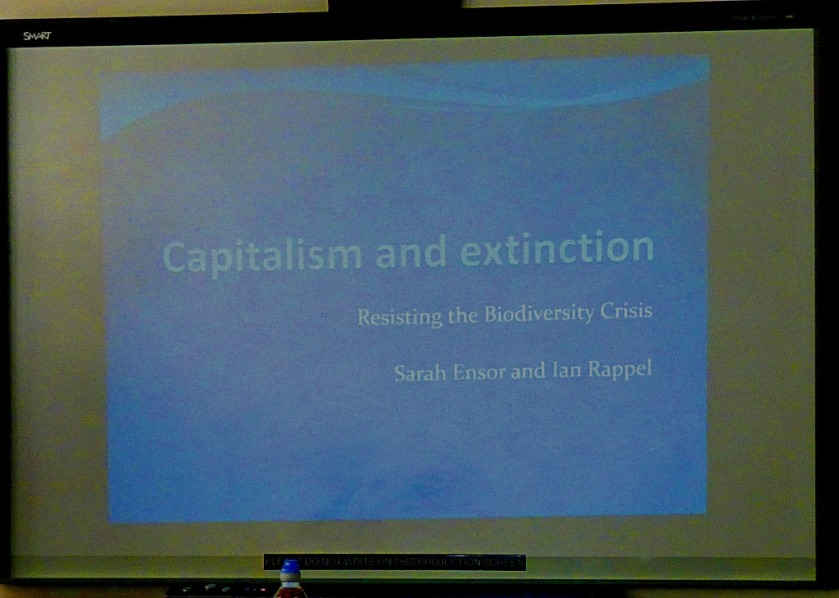 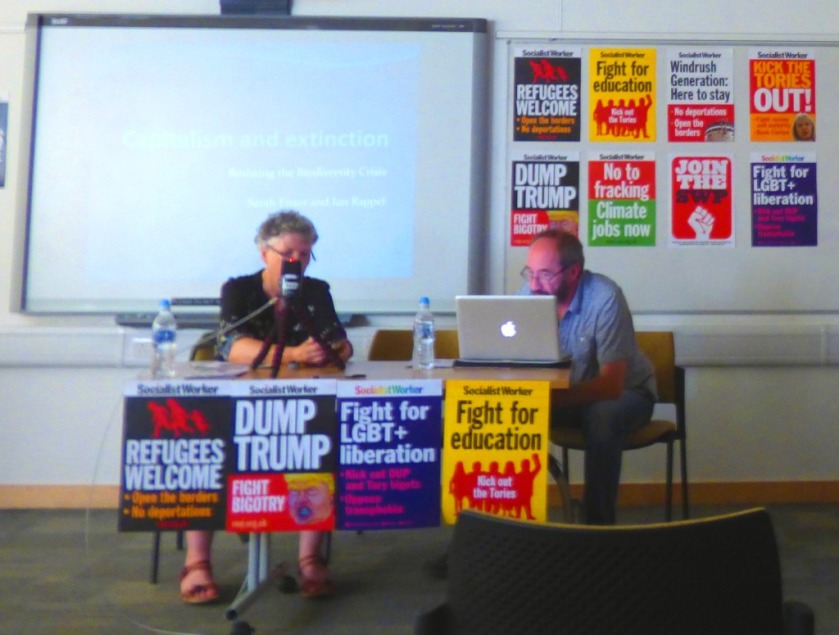 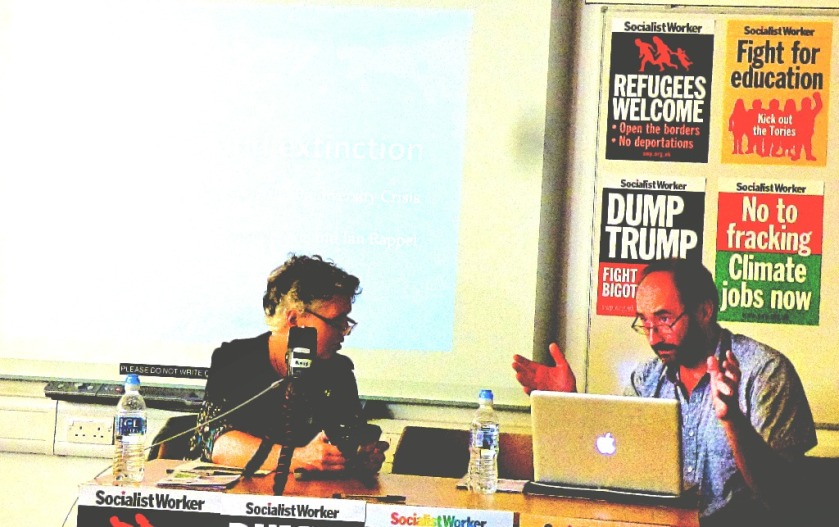 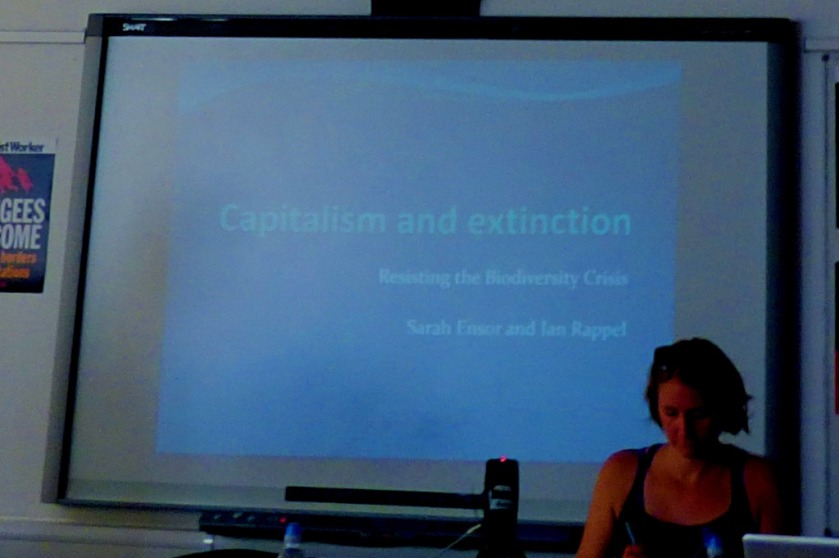 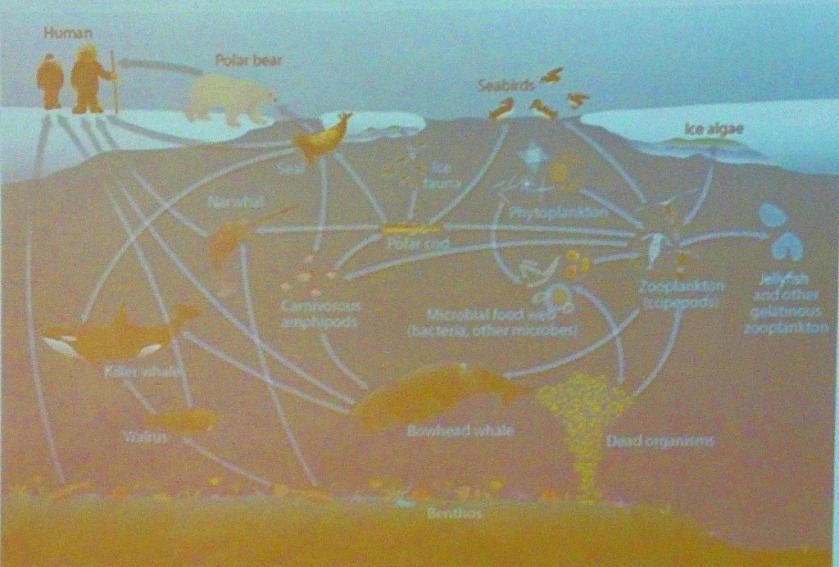 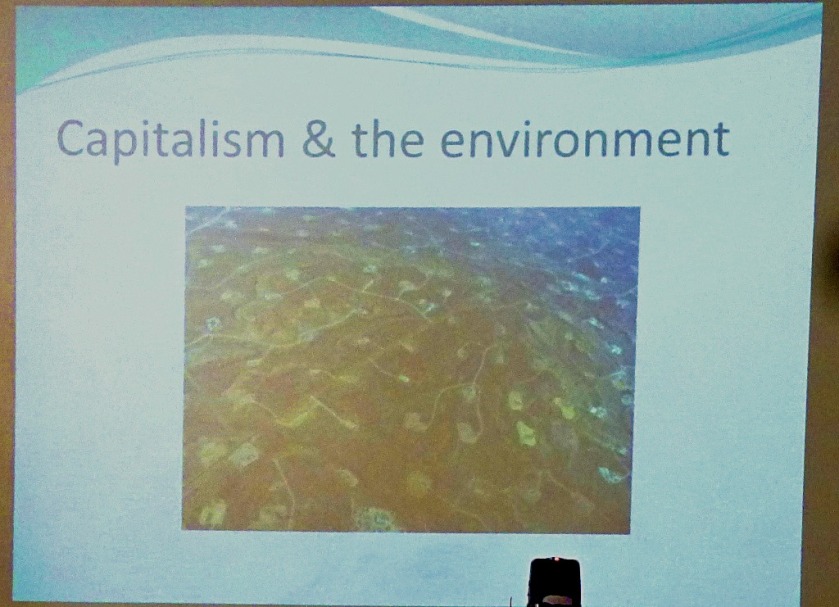 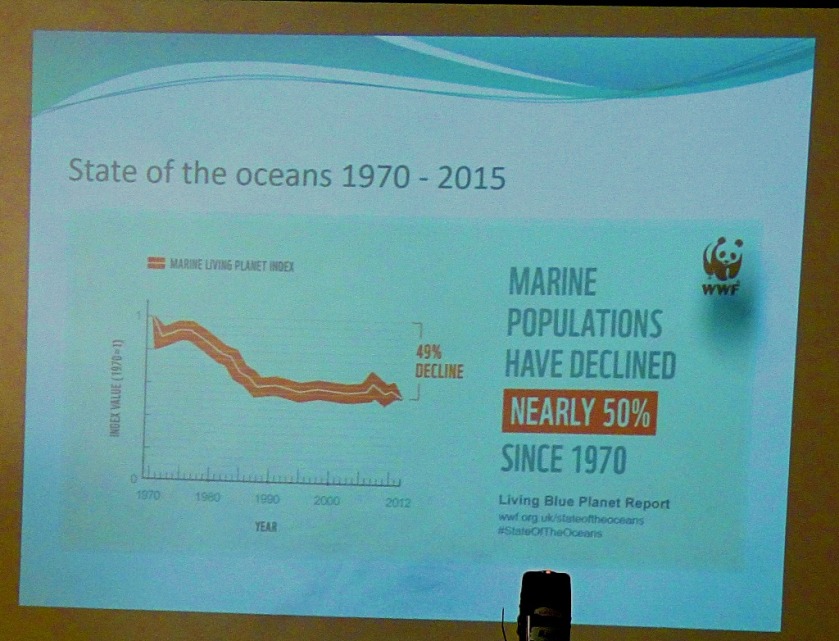 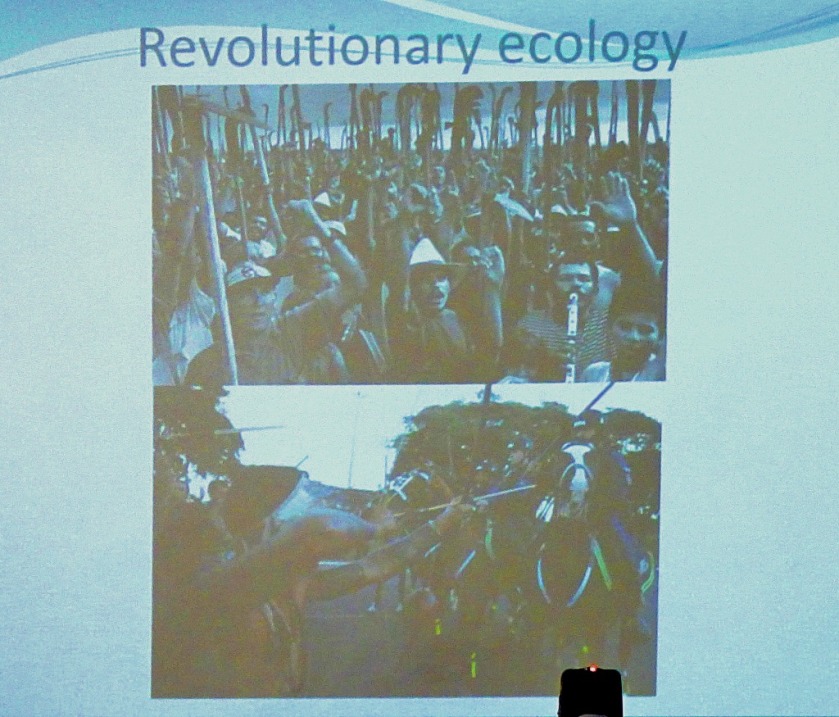 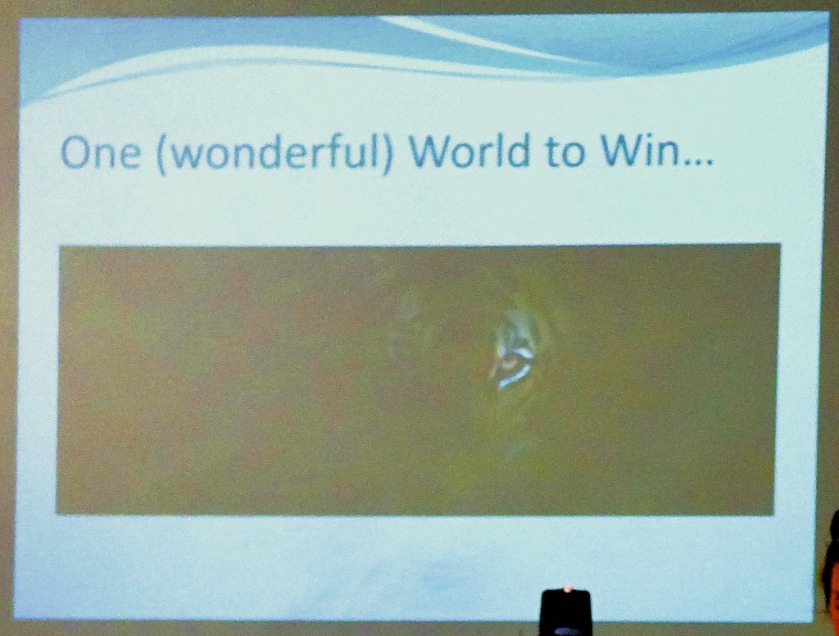 This meeting which featured Suzanne Jeffery and anti-fracking campaigner Tina Louise Rothery took place in Clarke Hall, on Level 3 of the Institute of Education in the post lunch session of the Sunday. It had been made even more topical by the fact that in the run up to the event the Tories had simultaneously refused to provide funding for the Swansea Tidal Lagoon (capable of supplying 10% of the country’s energy needs had it gone ahead) and forced through the 3rd runway at Heathrow.  Both speakers were excellent, and during the discussion Brid Smith TD talked about a bill she is trying to get through the Dail which would mean that no more fossil fuels will be extracted from Ireland (it has already passed its first reading). 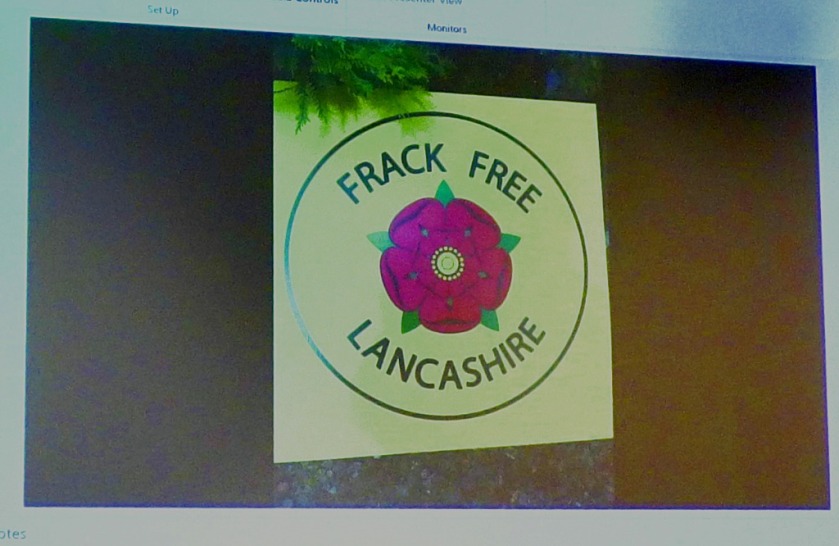 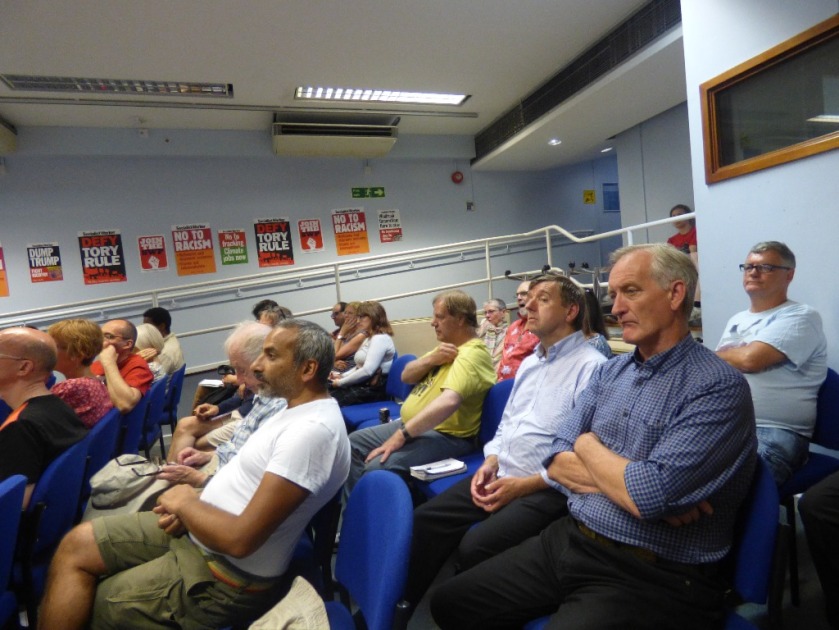 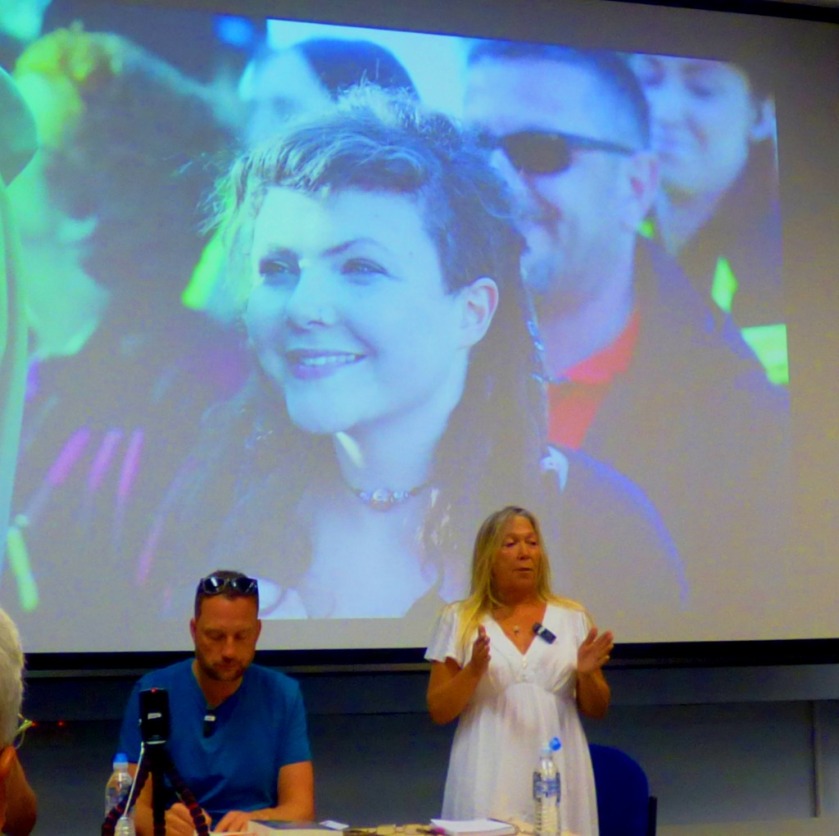 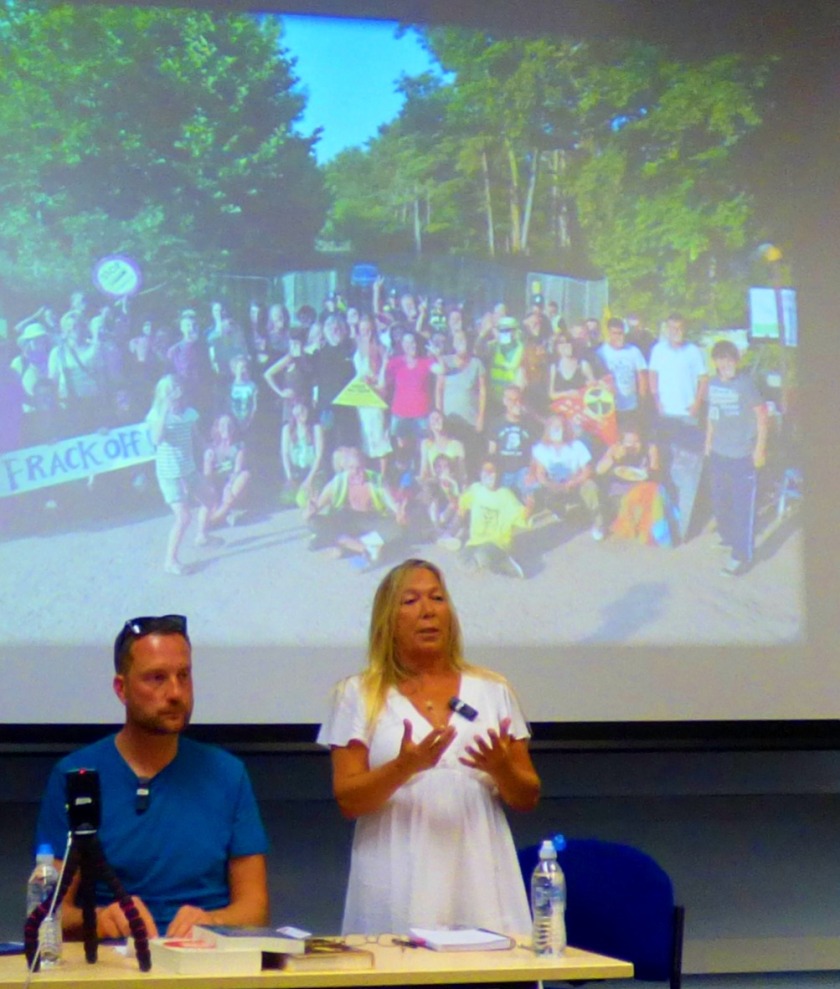 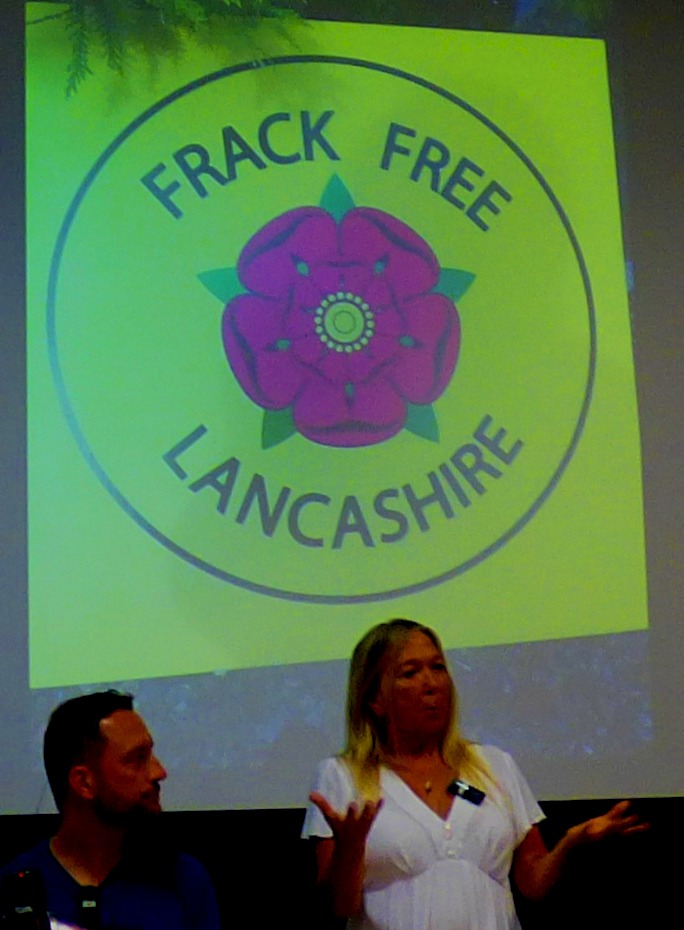 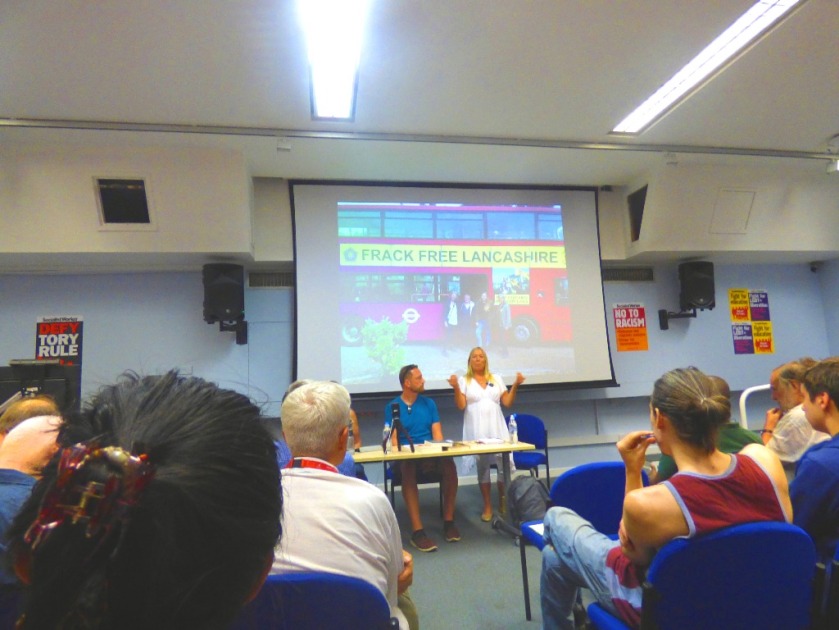 AN EXAMPLE OF A CAMPAIGN

A common theme running through these meeting was the necessity of supporting campaigns all over the world. I therefore conclude this post with a mention of the Save Trosa Nature campaign. You can find out more about this campaign by reading Anna’s posts about it. There is a petition currently running which you can sign here.

One thought on “Marxism 2018: Meetings with an Environmental Theme”