Some thoughts on GE2019, cricket, an autism related twitter thread and of course a few photographs.

I am not going to relive Thursday night and Friday morning here. I am going to look to the future.

After the carnage of the 2019 General Election Johnson has emerged with a substantial majority, Northern Ireland has a majority of non-unionist MPs for the first time ever and Scotland saw the expected SNP tsunami. Labour has fewer MPs than at any time since 1935 – 203 – but also more female MPs than any party has ever had (see here), the Liberal Democrats had a disaster relieved only by Sarah Jane Olney winning Richmond Park from Zac Goldsmith, and the Greens failed to increase their MP count, but did get 850,000 votes in total, in yet another election that showed FPTP in a terrible light. Those MPs who switched parties and were standing for a new party for the first time all lost, though the vile Tory masquerading as Lib Dem Sam Gyimah (aided by a mendacious article in the Observer on the Sunday before the election) did enough to cost Emma Dent Coad Kensington and Chelsea.

The Liberal Democrats and Labour are both looking for new leaders. The likely pick for the LDs is Layla Moran. Labour need to work hard to regain trust in the North, and for that reason I think they need to select a leader who is not London based. For me (although this is not a prediction) the obvious choice, given that Laura Pidcock was among the election casualties, is Angela Rayner, with another northerner as deputy (possibly Chi Onwurah, the first MP to be officially confirmed as such at this election, and a north-easterner to go with north-westerner Rayner). Among Labour’s few bright spots was the election of 23 year old Nadia Whittome in Nottingham – and she has immediately announced that she will be taking only £35,000 of her £79,000 salary, the rest going to local charities. As this piece in The Mirror makes clear she is doing this not to say that MPs are overpaid but to say that nurses, teachers and the like are underpaid.

Labour, LDs and Greens are going to have to get better at working together to do anything in the ‘lesser Britain’ comprising England and Wales that we are likely to see in the not distant future (Scotland will go independent one way or another, and a united Ireland is firmly on the cards – note that the DUP’s Westminster leader Nigel Dodds lost his seat to John Finucane (son of murdered lawyer Pat Finucane).

England Women have been playing Pakistan Women in Kuala Lumpur. In the two ODIs that had enough play for a definite result England won comfortably both times. In the first openers Dani Wyatt (promoted, as following the retirement of Sarah Taylor, Amy Jones is now first choice keeper and has dropped to no 5 in the order) and Tammy Beaumont both racked up centuries, Kate Cross took four wickets and debutant spinner Sarah Glenn took 2-38. In the second match Natalie Sciver scored 100 not out, Heather Knight 86 and Fran Wilson a blistering 85 not out off 49 balls in a total of 327-4 and Pakistan were all out for exactly 200 in 44.5 overs. Anya Shrubsole, Sophie Ecclestone, Knight, and once again Glenn (2-37 this time) each took two wickets.

Meanwhile, although it has been spoiled by rain, test cricket has returned to Pakistan itself for the first time in a decade, with Sri Lanka (it was an attack on their team bus in Lahore that led to the removal of test matches from that country) the visitors.

In blazing Perth New Zealand have become the latest visitors to discover that Australia is a tough place to go – the home side began by racking up 416, with Marnus Labuschagne racking up his third successive test century, and then dismissed the Kiwis for 166, and declining to enforce the follow-on had reached 167-6, a lead of 417 by the close. Labuschagne managed a beggarly 50 this time round, with Joe Burns making 53. Assuming that Australia do not declare overnight Messrs Wade and Cummins are in occupation.

Steve Silberman, author of THE definitive history of Autism, Neurotribes, has produced this twitter thread about Greta Thunberg, Time “Person of the Year” for 2019:

A thread on the historical significance of @GretaThunberg being chosen as the first proudly autistic @Time Person of the Year. The fact that autistic folks often speak the truth bluntly, even rudely at times, is often framed as a social deficit. [1/7] 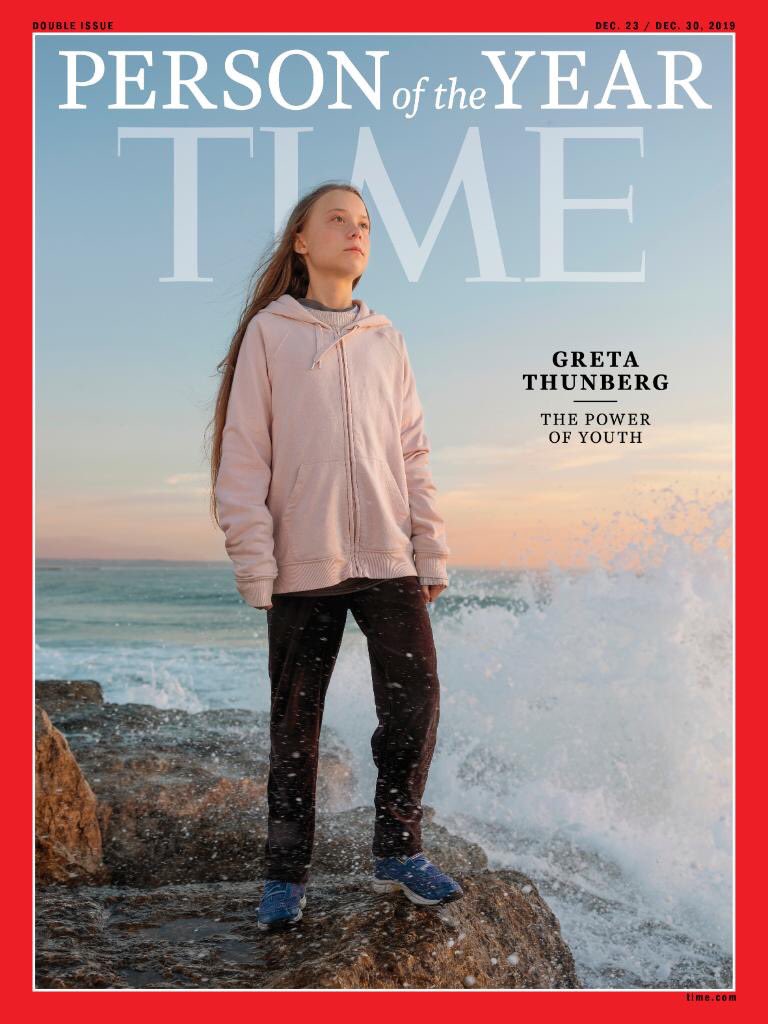 In Greta’s case, her relentless reiteration of the facts of #climate change, and the importance of science, has made her a focus of incandescent hatred by the same pompous liars and paid-for buffoons who are selling the earth from under the feet of their own grandchildren. [2/7]
The “autistic” qualities of Greta’s war on the status quo – her visceral distrust of rationalizations and vacuous rhetoric – are precisely the qualities all humanity must emulate at a time when global political discourse is dominated by nonsense and gaslighting. [3/7]
As the author of a history of autism, I’ve said for years that gut-level loathing for unfairness and injustice could practically be added to the diagnostic criteria for autism. At this point in human history, when lies and denial of facts are dooming future generations… [4/7]
Greta’s monotropic insistence on “walking her talk,” and her impatience even for vacuous praise instead of meaningful action, are vivid demonstrations of the role neurodivergent people can play in the advancement of human civilization. In the case of #climatechange… [5/7]
the “social deficits” are all on the neurotypical side, on Greta’s opponents and critics, who use misogyny, ableism, and ageism against her. They lie for a living, deceiving millions of fellow neurotypicals in the process. [6/7]
The success of climate disinformation campaigns in sowing seeds of doubt about science is proof of a potentially fatal “truth dysfunction” in non-autistic people. Want to know the role of #neurodiversity in our collective future? We may not have one without it. Go, Greta! [7/7]