Today in a break from some of my more esoteric ‘all time’ XIs we take a look at the West Indies. Also features, politics, nature and a couple of family blogs, plus a mention for the fulltossblog.

Welcome to the latest installment in my series of ‘All Time XI‘ themed posts. It being a Monday (yes, even in the somewhat strange circumstances in which I am currently living I am managing to keep track of what day of the week it is!) I am looking at an international outfit, in this case the West Indies, before reverting to more esoteric matters for the rest of the week. As usual with an international set up I will start with a team from my cricket lifetime and move on from that to an all-time version.

THE WEST INDIES WITHIN MY LIFE TIME

For this purpose I am considering only players I actually witnessed.

This team has six quality batters, five of them definitely meriting the label ‘great’, a top drawer glove man who knew how to bat and four of the finest fast bowlers you would ever meet. There is little in way of spin for reasons I will go into in the next section of this post, with Hooper’s off breaks the nearest thing to a front line spin option.

I will start with a few honourable mentions: Chris Gayle, ‘Universe Boss’, scored two test triple centuries, and I saw him make a classic 167 not out at Adelaide in 2009, but I felt that the value of the Greenidge/Haynes combo was too great to include him. Richie Richardson was a fine batter, at one time rated no1 test batter in the world, but I could only have got him in by sacrificing Hooper at no 6. Clive Lloyd was a fine batter and captain, but I never actually witnessed him in action, so could not select him. Ramnaresh Sarwan was also a fine batter who I regretted not being able to fit in. Denesh Ramdin probably believes he was a candidate for the keeper’s slot, but in truth, a double ton against England on a feather bed of a pitch in Barbados notwithstanding, he was not in Dujon’s class in either department.

As mentioned in my overview of it the team lack either an all-rounder or a genuine spinner. The reason for this is that in my lifetime the West Indies men have only produced four cricketers who could be dubbed all rounders, Eldine Baptiste, Hamesh Anthony, Franklyn Stephenson and Ottis Gibson, and none were really good enough with the bat to drop a front liner for, nor with so many genuine fast bowlers to pick from could they force their way in that category. If I am mandated to select an all rounder then Stephenson comes in for Hooper, but under protest. Roger Harper, a middle order batter who bowled off spin and was a great fielder, was not quite good enough in either department to be considered. I only gave serious consideration to two specialist spinners, Suleiman Benn and Sunil Narine, but although Narine especially would have his advocates, neither have a test record that really commands respect, though Narine is an outstanding limited overs bowler.

Even had there been a spinner in the period concerned with a really fine test record, I had a particular reason for picking four specialist pace bowlers (albeit Marshall and Holding were both capable of scoring useful runs) – the four pronged pace battery propelled the West Indies to the top of the cricket world under Clive Lloyd and kept them there under Viv Richards. At Trinidad in the 1975-6 series against India Clive Lloyd, in anticipation of a turner was given a team containing three front line spinners, Inshan Ali, Albert Padmore and Raphick Jumadeen, to match the three India would play, Bedi, Chandrasekhar and Venkataraghavan. For three of the four innings, things went to plan, and India were set 406 to win. India knocked those runs off, a test record at the time, for the loss of just four wickets, the three West Indies spinners leaking 220 of the runs. Lloyd decided there and then that he wanted his best available bowling attack irrespective of conditions, and secured an all pace quartet (initially Andy Roberts, Wayne Daniel, Bernard Julien and Vanburn Holder) for the future. The West Indies did not look back from that point. One series was lost to New Zealand in 1980, but otherwise the West Indies ruled supreme until the rise of the Aussies in the 1990s. Other pace stars who featured for greater or lesser periods in this period were Colin Croft, Joel Garner, Sylvester Clarke, Milton Small and Tony Gray. Later, even after their domination had faded the West Indies produced a few other notably quick bowlers – Ian Bishop who was blighted by injuries, Kemar Roach (who I saw bowling at over 150kph at Adelaide, not a ground beloved of many bowlers) and most recently Shannon Gabriel. It is now time to move on to…

Of the players I named in the XI from my life, Lara, Richards, Marshall, Holding and Ambrose make the all-time XI. They are joined by the following:

Thus my all-time XI in batting order reads: Headley, *Worrell, Lara, Weekes, Richards, Sobers, +Walcott, Marshall, Holding, Ambrose, Gibbs. This combination has a splendid looking opening pair, a stellar 3,4 and 5 with Lara a left hander for extra balance, the most complete cricketer of all time at six, a batter/keeper at 7, three fast bowlers and an off spinner. The bowling, with the three specialist quick bowlers backed up by Gibbs’ off spin, Sobers’ variety of left arm options, Worrell and possibly Richards as seventh bowler, looks awesome (the only base not covered is right arm leg spin).

George Challenor and Percy Tarilton, the pioneers of ‘Caribbean style batting’ never got to show what they could do at test level. Allan Rae and Jeff Stollmeyer were a highly successful opening combo, but had I opted to pick an opening partnership Greenidge and Haynes would have got the nod. Conrad Hunte was a great opener who never benefitted from having a truly established partner. I have the word of CLR James that Rohan Kanhai was an absolute genius with a bat in his hands, but just who could I drop to make way for him?

Among the great fast bowlers not getting the nod were: George John who flourished before his country played test cricket, Herman Griffith (also a tough captain – he was once captaining a youngster of whom big predictions were being made and when it came to time for the youngster to bowl he requested a suggestion of field placements beginning with the word ‘deep’, and when he prefaced his fourth successive position with that word Griffith snapped, and called up another bowler, saying “No, you obviously intend to bowl foolishness” – a refusal to accept low standards of which I wholeheartedly approve), Learie Constantine, Manny Martindale, Roy Gilchrist, Wes Hall and Charlie Griffith. Spinners to miss out included Ellis Achong (from whom the term ‘chinaman’ for the left arm wrist spinner’s equivalent of a googly derives – his parents came to Trinidad as indentured labourers, and were indeed Chinese, and the story is that when Walter Robins fell LBW to him, misreading the spin, he said en route back to the pavilion “fancy being done by a chinaman” and so the term was born), and my little pals Ram and Val (Sonny Ramadhin and Alf Valentine, who took the first eight wickets to fall in the first test innings in which he bowled). Had I been able to accommodate a specialist wicket keeper Deryck Murray would have got the nod, but with only 11 spaces to fill there was just no way to do so.

I am well aware that at least one of the regular readers of this series of posts knows a very great deal about West Indian cricket, and I hope that ‘africanherbsman’ as he identifies himself feels that I have done something approaching justice to the cricketers of his islands, for whose achievements I have great admiration.

Well, our virtual Caribbean cruise is at an end, but I have a few links to share before applying my usual sign off…

Finally, it is time for my usual sign off… 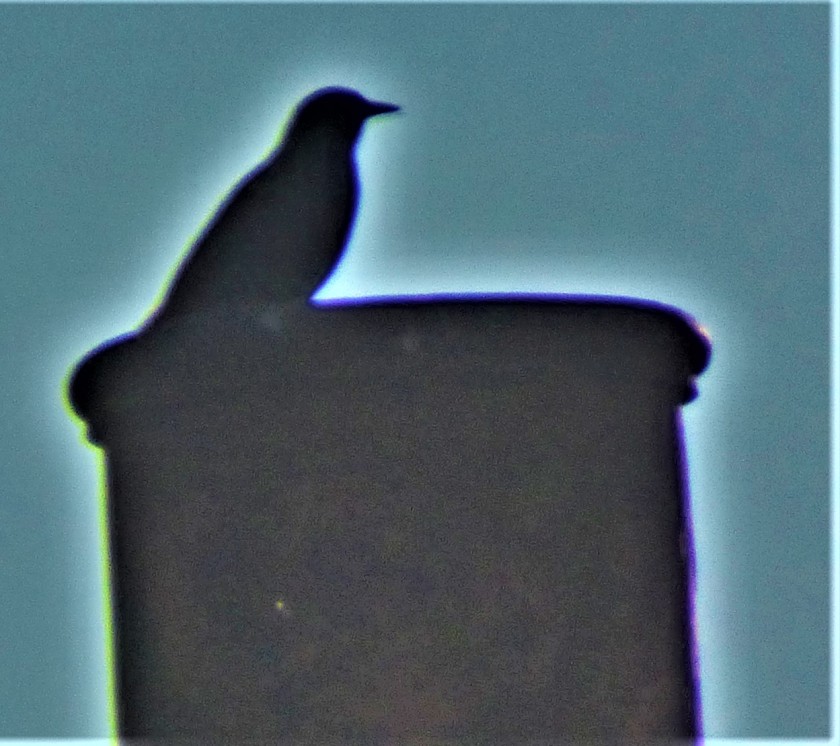 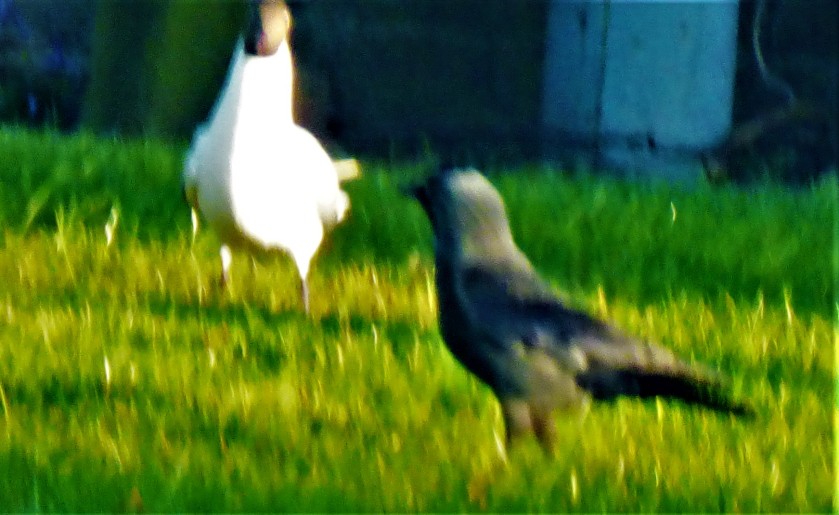 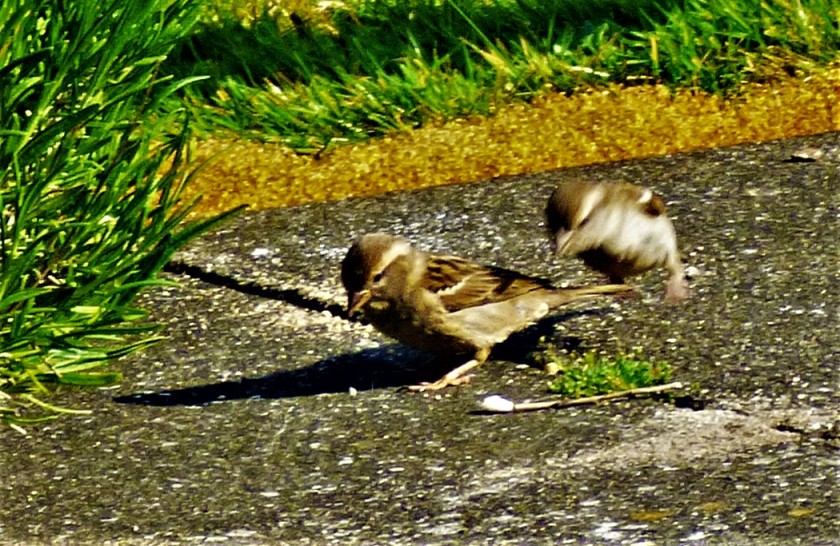 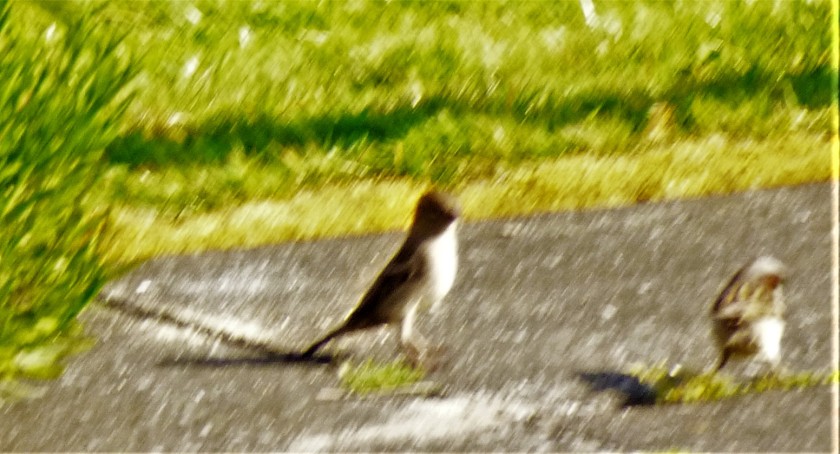 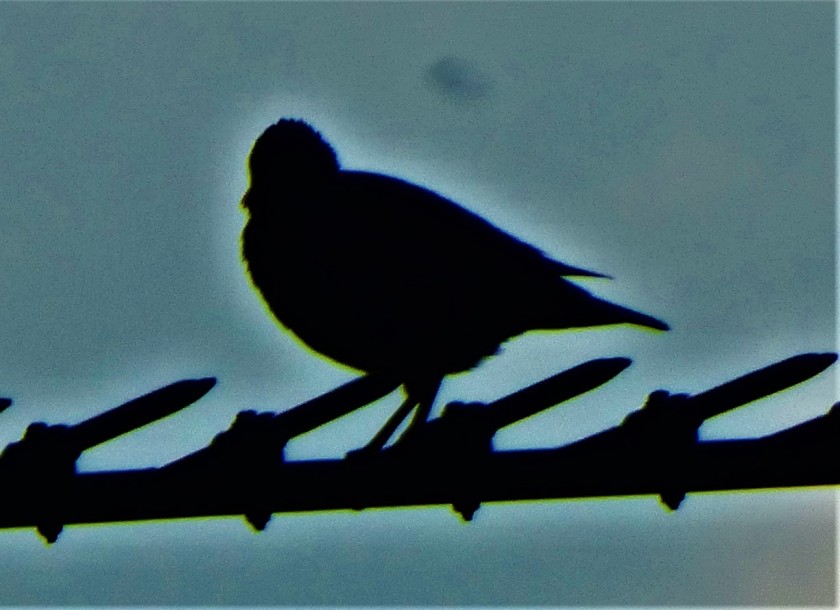 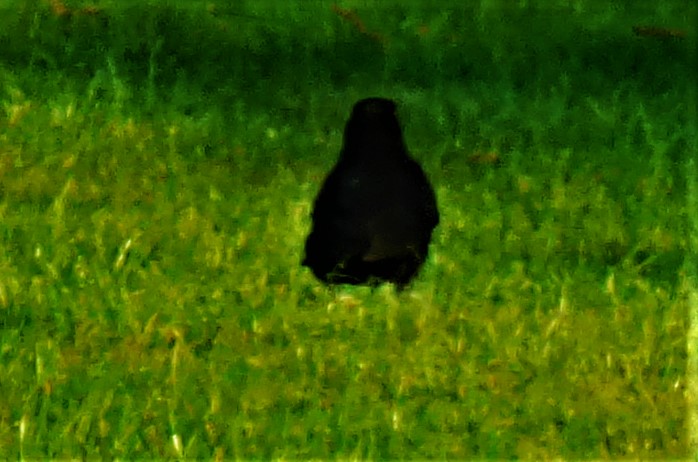 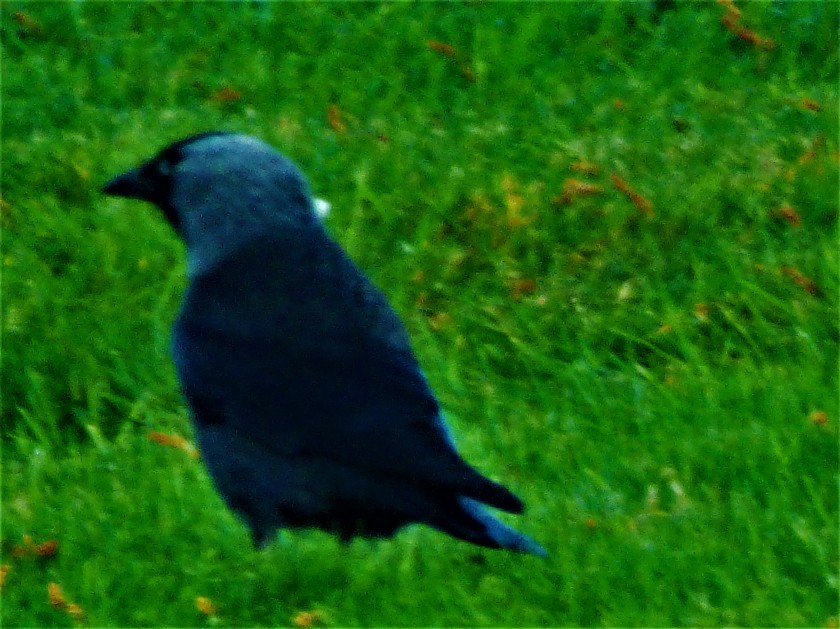 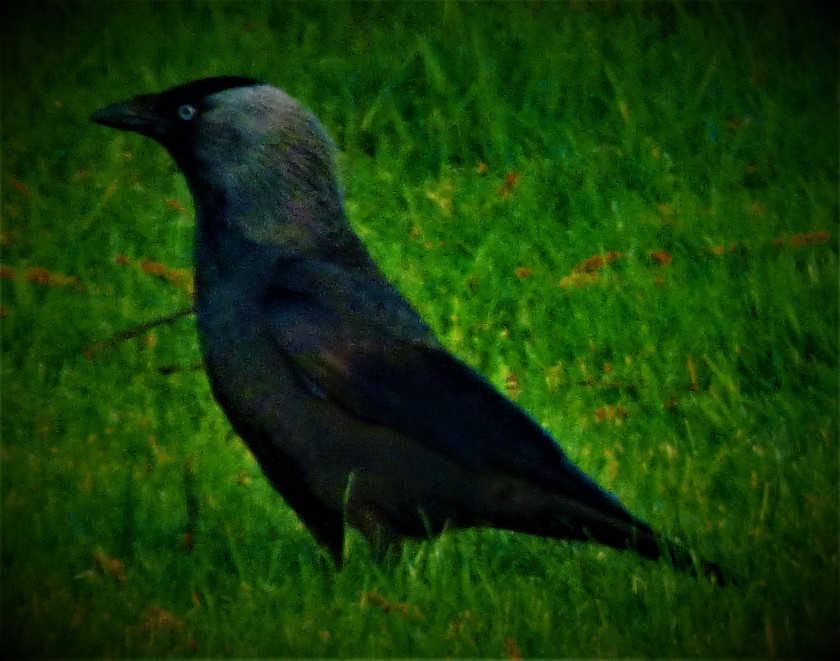 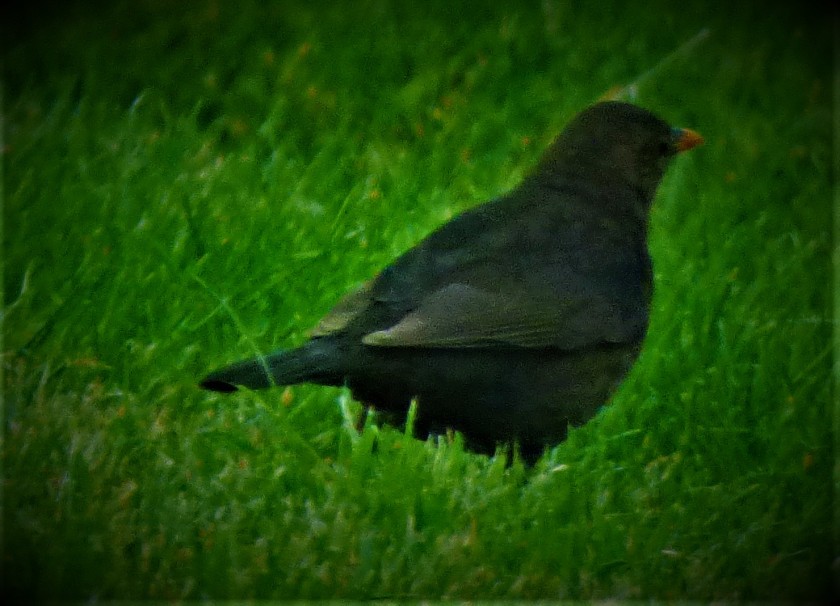 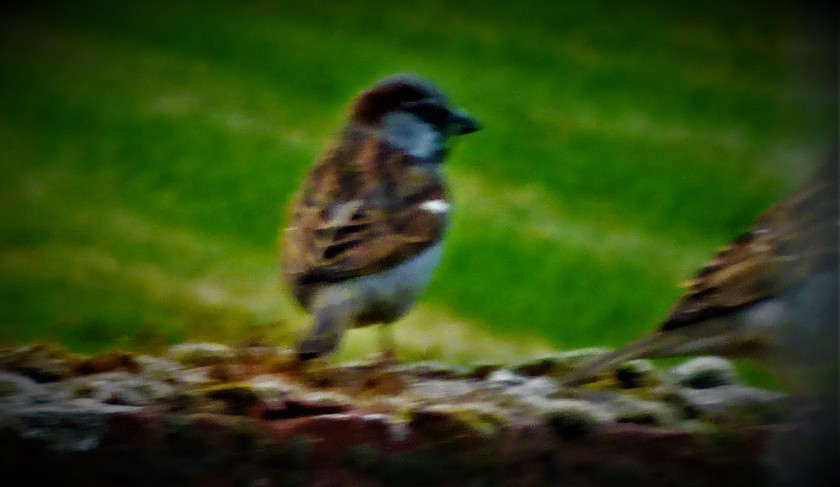 6 thoughts on “All Time XIs – The West Indies”