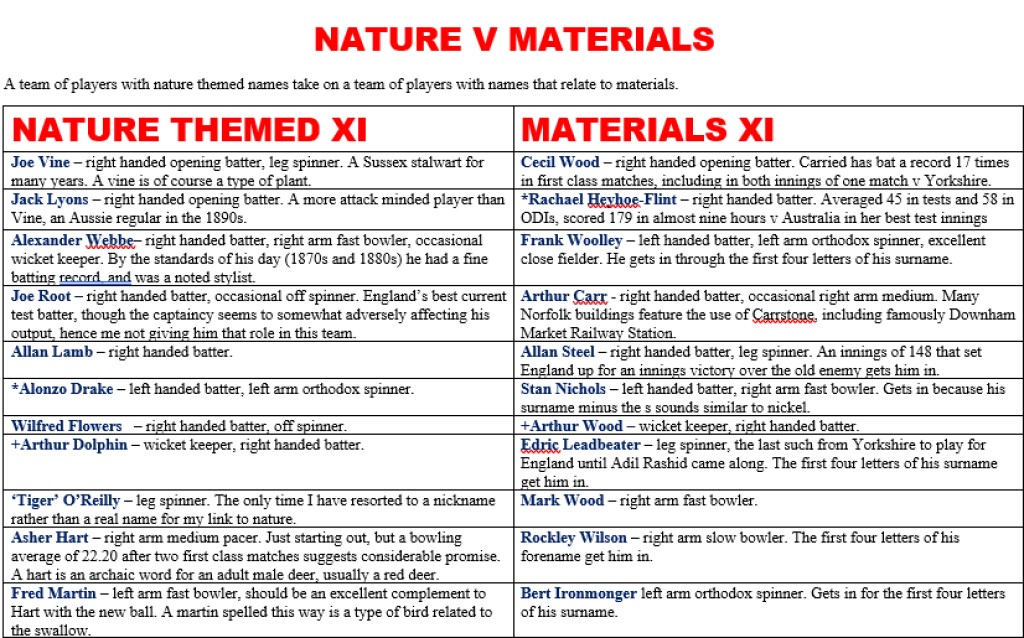 This side looks pretty impressive, especially given the selection criteria, with decent batting depth, and a bowling attack of Martin, Hart, O’Reilly, Flowers and Drake backed by Webbe and Vine.

As well as the type of bird called a martin there is a type of mammal called a marten, and I might have selected William Marten in place of Asher Hart to include that. I could also have acknowledged the hazel nut by finding space for either left arm spinner Horace Hazell or off spinner Danielle Hazell. Finally, I could have replaced Lyons with a more recent attacking Aussie opener, Aaron Finch – there are various types of bird with finch in their name – see picture at bottom of this section which is one of my own recent ones. However, Mr Finch’s long form record is in relative terms, allowing for how much better batting surfaces are, less impressive than that of Mr Lyons, so he has to settle for a honourable mention.

This team has a good top five, an all rounder, a keeper who can bat and four varied bowlers. The bowling, with Nichols and Wood taking the new ball, Wilson, Leadbeater and Ironmonger to follow and Woolley, Steel and Carr all capable of playing supporting roles looks excellent.

The contest for the ‘Attenborough Trophy’ (going with the nature theme rather than picking a cricket name, though there was once a left arm pace bowled named Geoffrey Attenborough who had a respectable record for South Australia) should be a good one. I think that the ‘Nature Themed XI’ just have the edge and would predict a 3-2 series win for them. 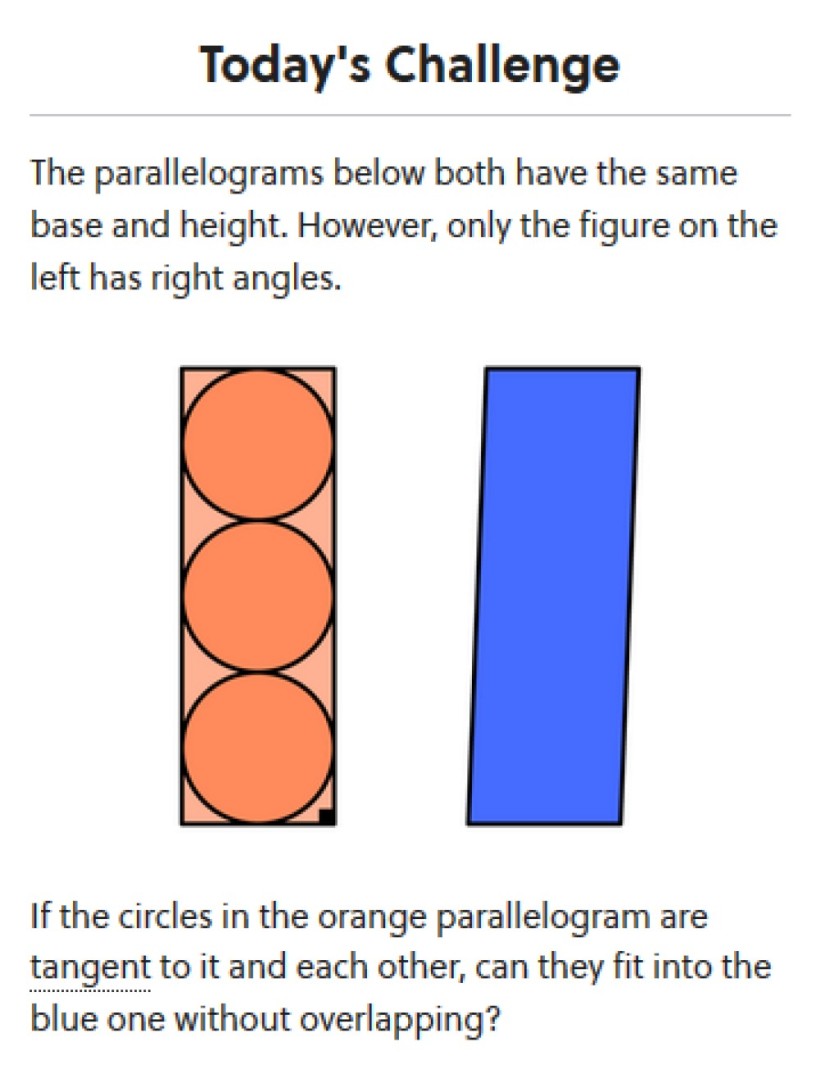 All you need to do is imagine what the parallelogram would look like if it was way out of true as opposed to only just out of true, and you can deduce that any change of angles away from 90 degrees makes the shape narrower, which means that the circles, tangential in the original, will no longer fit in the new shape, so the answer is no.

Richard Murphy of Tax Research UK is in fine form at the moment. Yesterday he produced a twitter thread about how the government creates money, which can be accessed by clicking the screenshot below which shows the first three parts of the thread or viewed in blog form by visiting the article that appeared on Tax Research UK this morning. 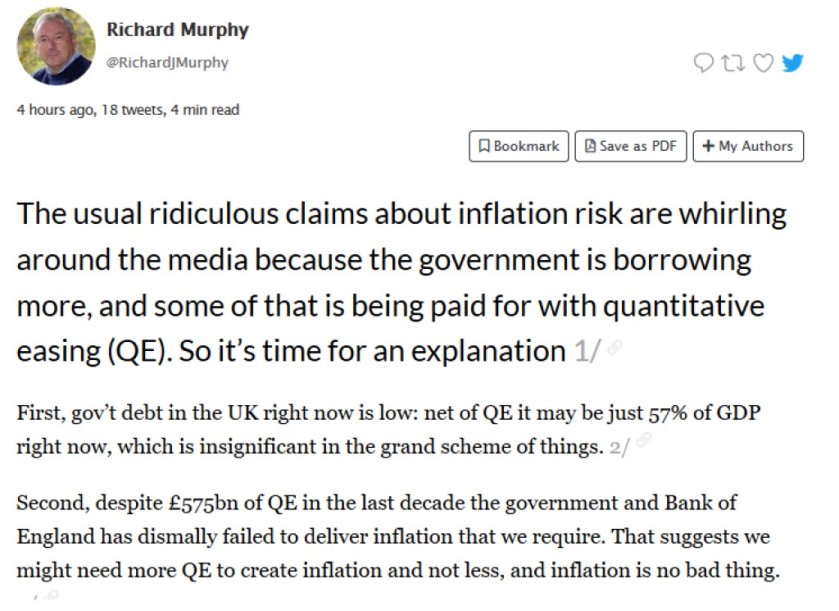 I link to only one more of his recent pieces, titled “Climate, economic and tax justice are the same fight.” I urge you to read it. 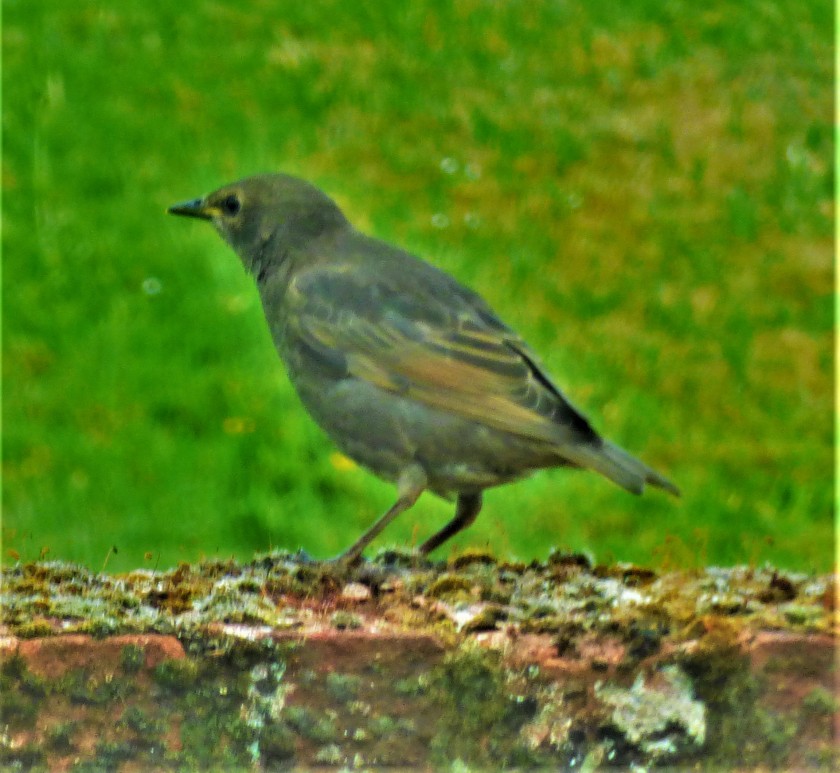 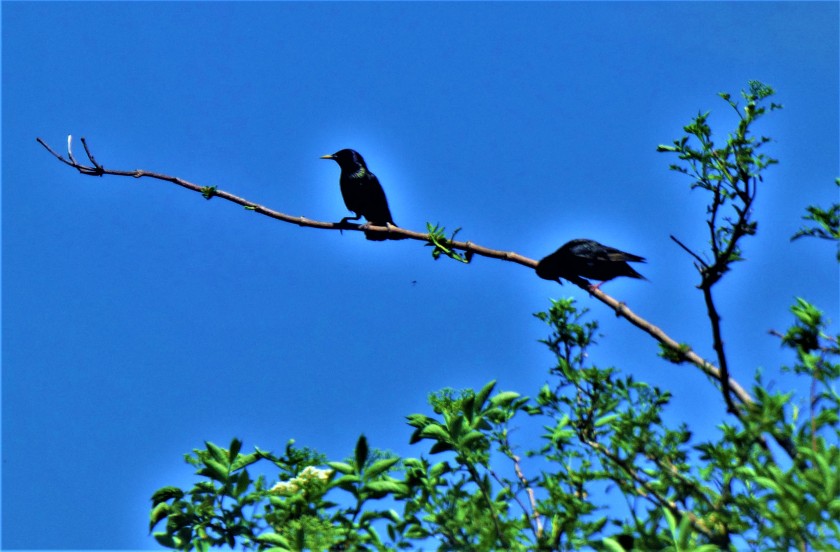 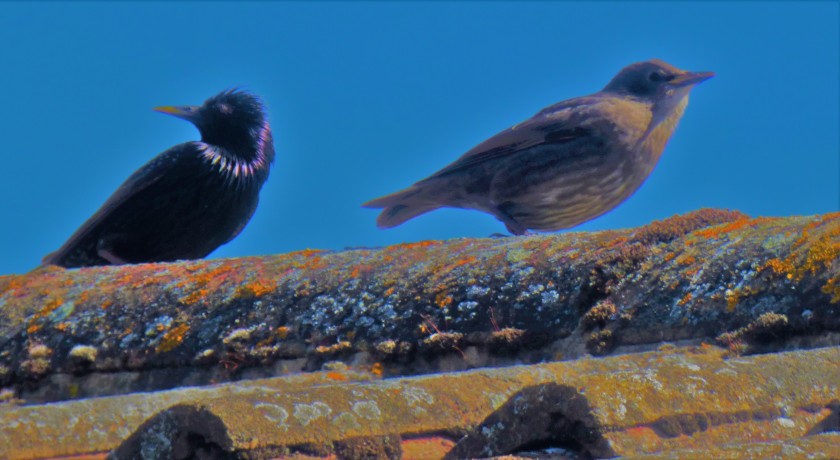 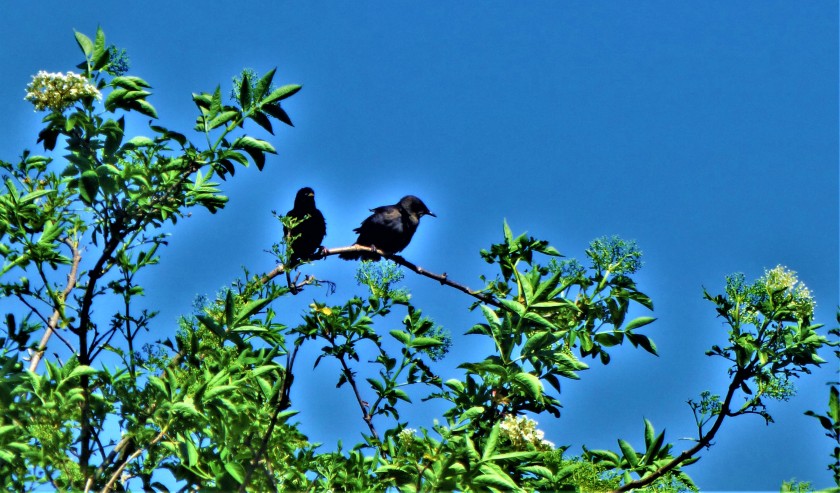 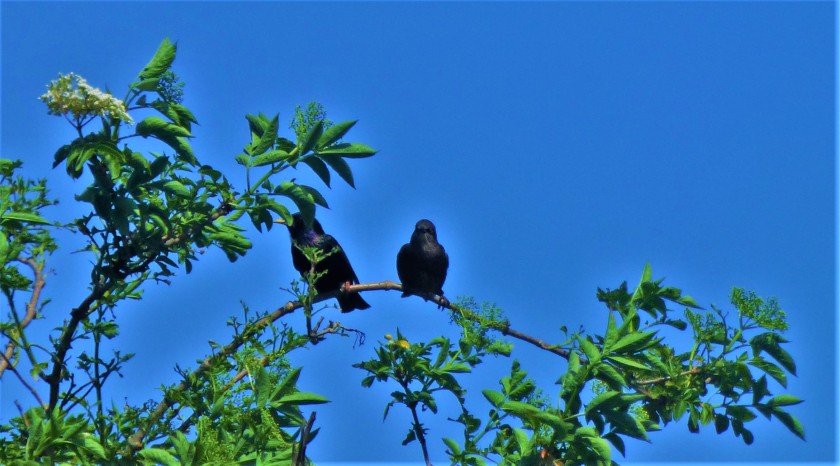 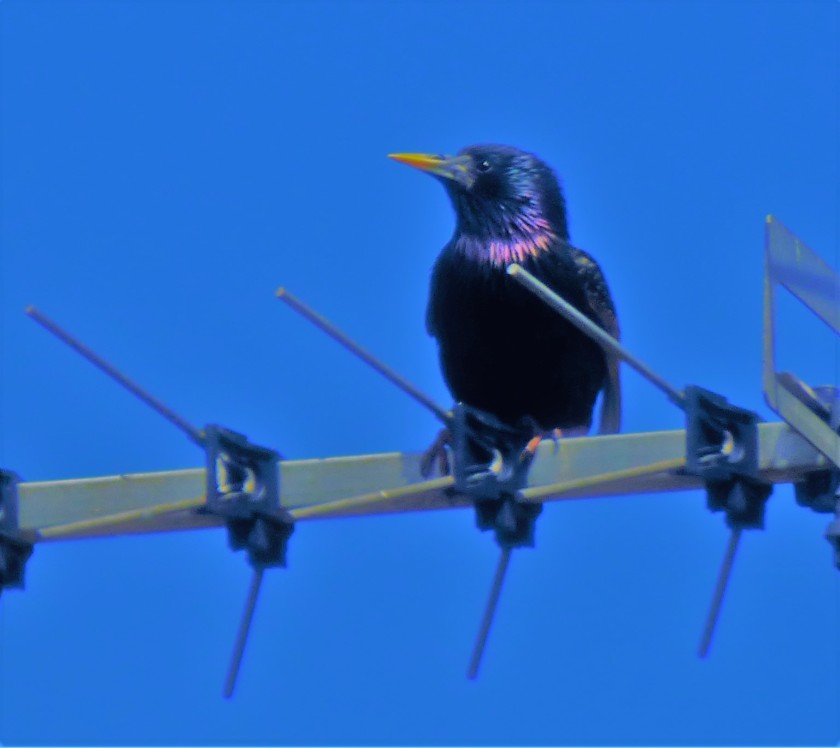 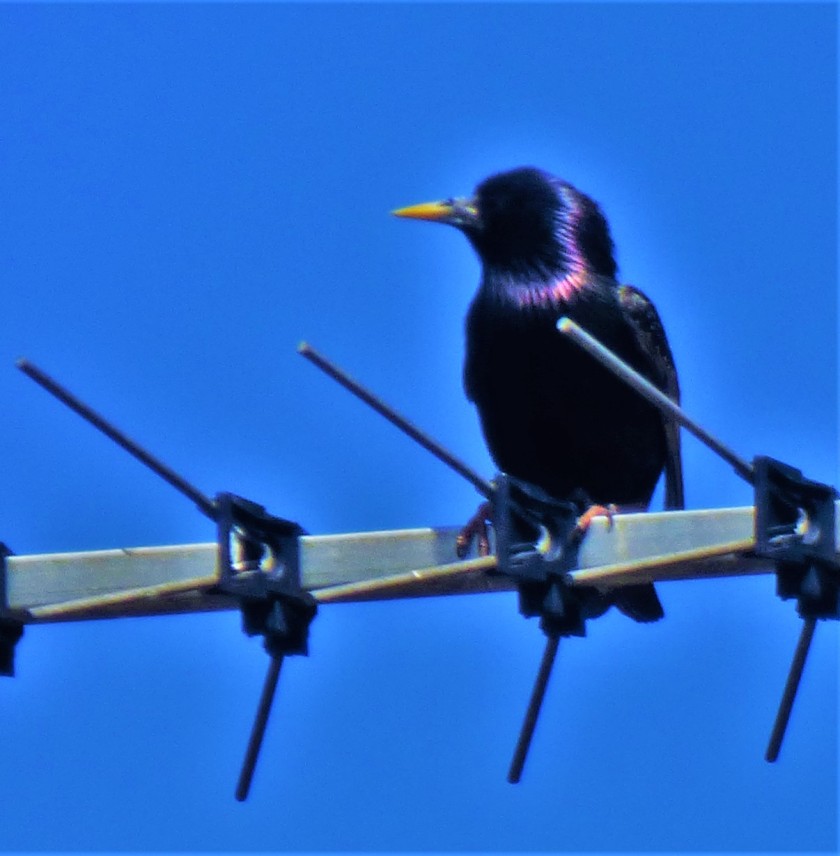 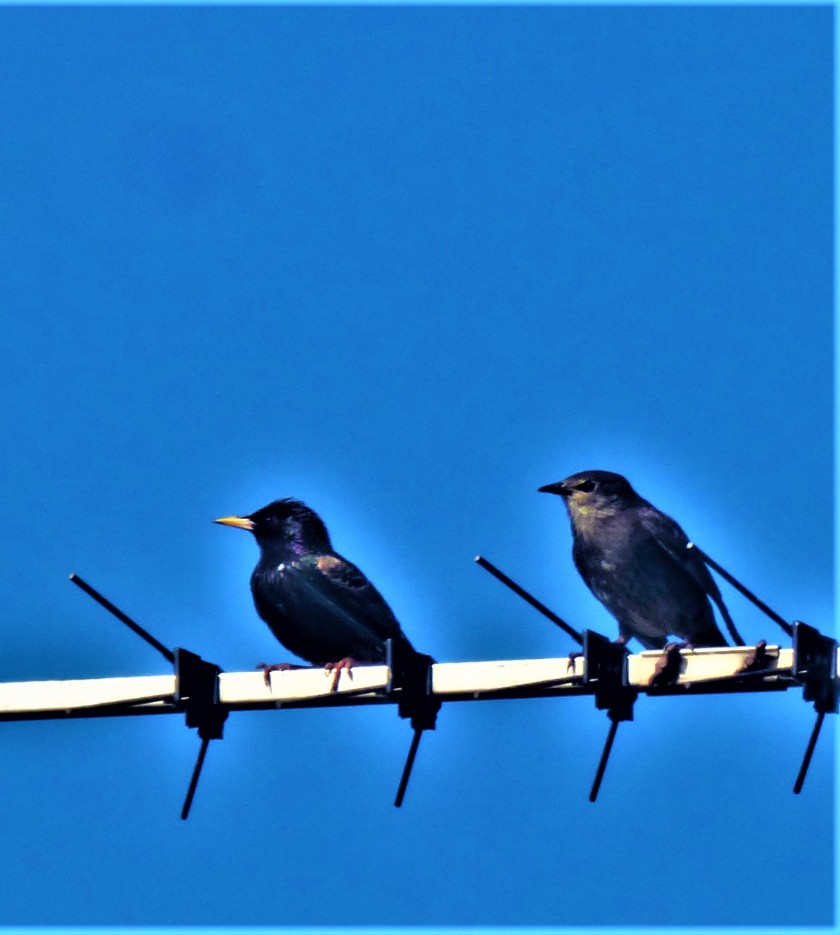 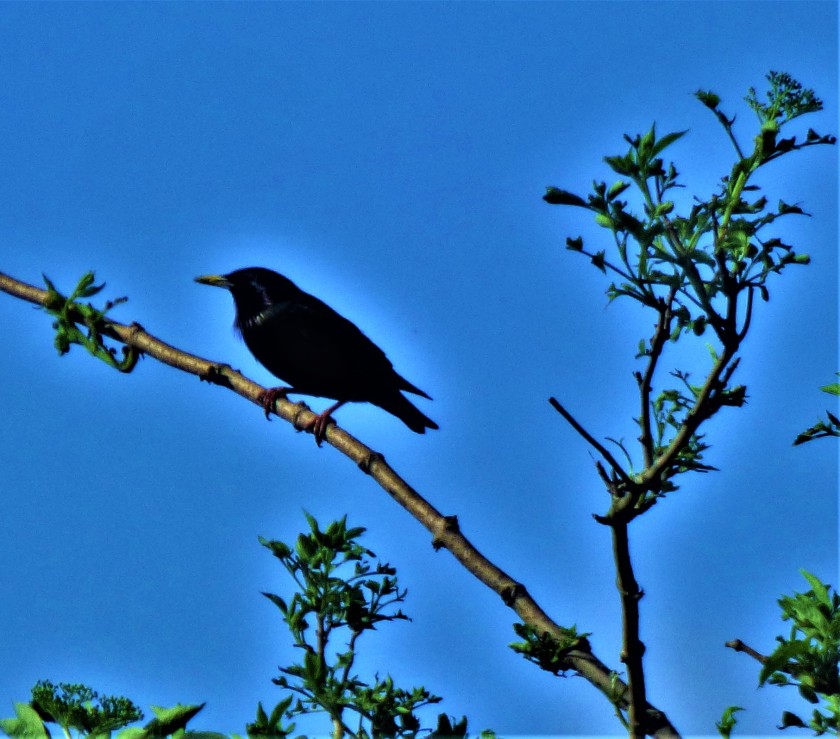 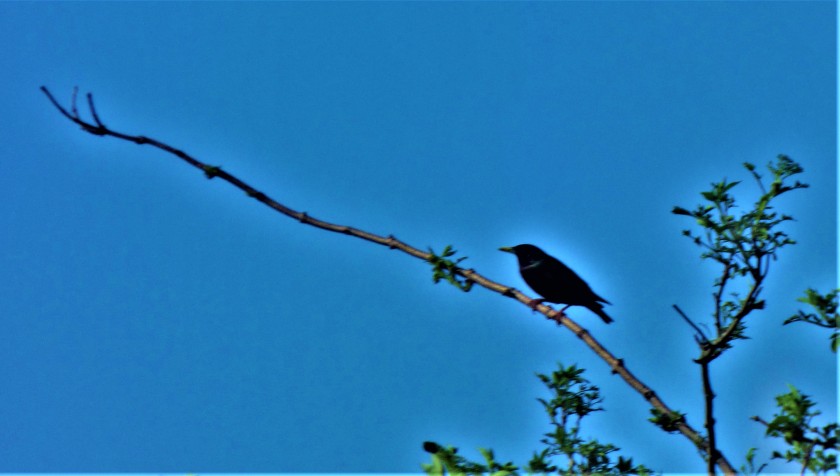 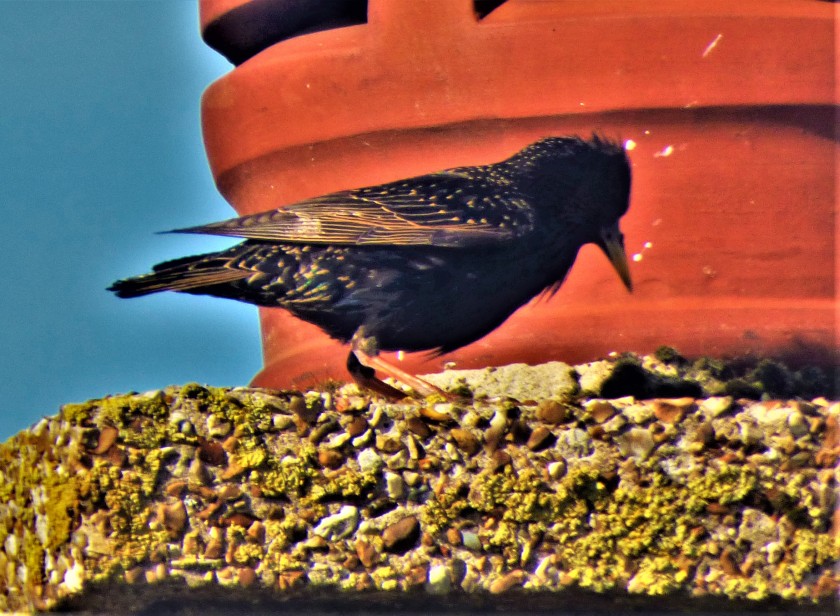 4 thoughts on “All Time XIs – Nature Themed vs Materials”