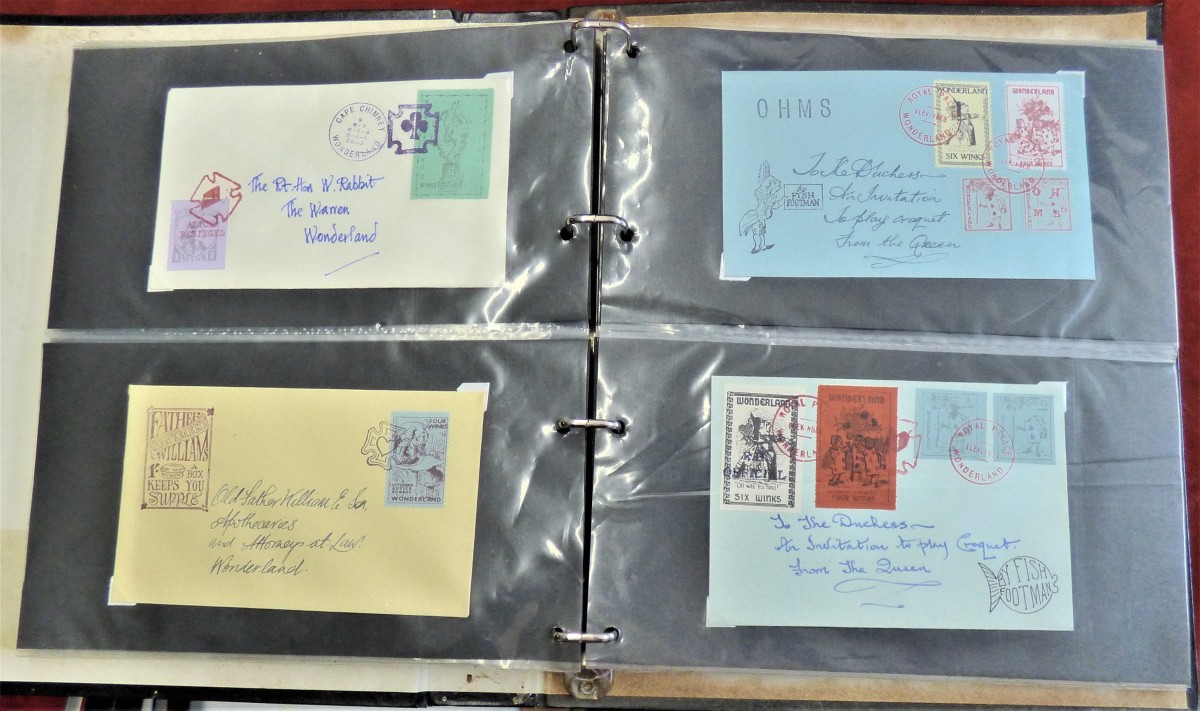 This Wednesday saw James and Sons’ April auction, the first of three auctions that are devoted entirely to an old client’s collection of stamps, postal history and first day covers (these auctions are interleaved with regular general sales, of which our next will be on May 18th). This post looks back at the day.

With a large number of bidders registered, many of them newcomers, we were hoping for a good sale, and we got it in spades. Lot 66 attracted some lively bidding and ended up fetching £80. Lot 85 went for £100

Lot 132 was the most remarkable story of the auction. It included some rare Wonderland stamps, and with the bidding starting at £30 an amazing stampede by online bidders pushed the final price up to an eye-popping £540!

Lots 161-9 were sheets of railway stamps. Two of those lots had attracted my own attention, but I was outbid on them – professionally satisfying, while personally disappointing.

Lot 278 was a consolation prize after the railway stamps got away – my opening bid of £8 closed proceedings.

Lot 295 was another I might have been interested in, but the price went too high for me, not very surprisingly in view of Terence Cuneo’s status:

Lot 396 went to m5 for £55. If you are wondering about this price, which is more than I normally bid for a single lot, it was for a large box of FDCs which I knew to contain some quality railwayana and I was expecting it to comfortably pay for itself – I would select the stuff I wished to keep and would sell the rest. I have already split this lot into the stuff I intend to keep for myself and the stuff I wish to sell. The stuff I will be looking to sell includes some football FDCs and some military FDCs as well as some other stuff.

The auction took almost five and a half hours (about half as long again as would be expected for a 500 lot auction), and I followed it from home via www.easyliveauction.com.

Just a few pictures from walks near my home: