A look back at the first round of the county championship, especially Middlesex v Somerset, plus some photographs.

This post looks back at an extraordinary turnaround in one of the only three fixtures in the opening round of the County Championship to have a definite result (Gloucs beating Surrey and Hants beating Leics were the other two).

Somerset won the toss and put Middlesex in (see here for more on the early stages of the match). At low water mark Somerset were 89-9 facing a Middlesex total of 313. Marchant de Lange and Jack Leach, nos 10 and 11 for Somerset added 83 for the final wicket to save the follow on (there would have been no sensible case for Middlesex declining to enforce it). When Middlesex were 87-2 at the end of the second day they still looked firm favourites, but great bowling efforts from Overton, Davey and Leach restricted Middlesex to 143 in their second innings, leaving Somerset 285 to win. Three wickets went fairly early, but then Tom Abell and George Bartlett shared a good partnership before Abell was dislodged for 84. Steven Davies and Craig Overton both fell cheaply, and the target was still over 100 away when Lewis Gregory walked in to join Bartlett. Gregory, who had picked up a five-for in the first Middlesex innings came to the party for the second time in the match, and he and Bartlett were still together when the winning run was scored, Bartlett 76 not out, Gregory 62 not out. Appropriately, it was Gregory who sealed the win. Leach’s total match figures of 4-61, going at less than two an over, were huge news for England, since unless they are prepared to go seriously radical and drop Sophie Ecclestone a line there is no other serious specialist spin option for the test team at present – Matt Parkinson, with 62 wickets at 25 each in FC cricket ranks second to Leach, having a similar bowling average but only about a fifth of the number of wickets. Gregory has Woakes (definitely) and Oliver Edward Robinson (probably) ahead of him in the England pecking order. Abell and Bartlett may also be on the radar, and the runs they made in uphill circumstances will count heavily in their favour. On the debit side the other two Toms, Banton and Lammonby failed to do anything of note this time round. Ethan Bamber of Middlesex may have out himself on the radar with a fine bowling performance.

Elsewhere the most significant news from an England perspective were scores of 74 for Burns, the opener whose place is under scrutiny after a tough winter, and 133 for Foakes, who should be first choice keeper, and who must have improved his stocks with that effort.

Here are links to the cricinfo profiles of the players mentioned above in an England context:

An account of goings on the County Championship, a brief mention of physio at Tapping House and lots of photographs.

The County Championship matches currently in progress are now on day 3 of 4. In this post I will look at all of them before sharing some more of my photos.

THE STATE OF PLAY IN
THE COUNTY CHAMPIONSHIP

This is what is happening around the country…

Essex have completed their win over Nottinghamshire. Westley fell for 49, but Dan Lawrence and the knight saw Essex home, the latter finishing with 40 not out. Jack Leach has just bagged a wicket with his slow-leftarmers, reducing Surrey to 43-3, a mere 24 runs on – defo looking good for Somerset.

Some of these photographs were taken at Tapping House where I had a physio session on Tuesday. All the exercises went well, highlighted by the arms only part of cycling, where I clocked up the equivalent of a mile in three minutes. 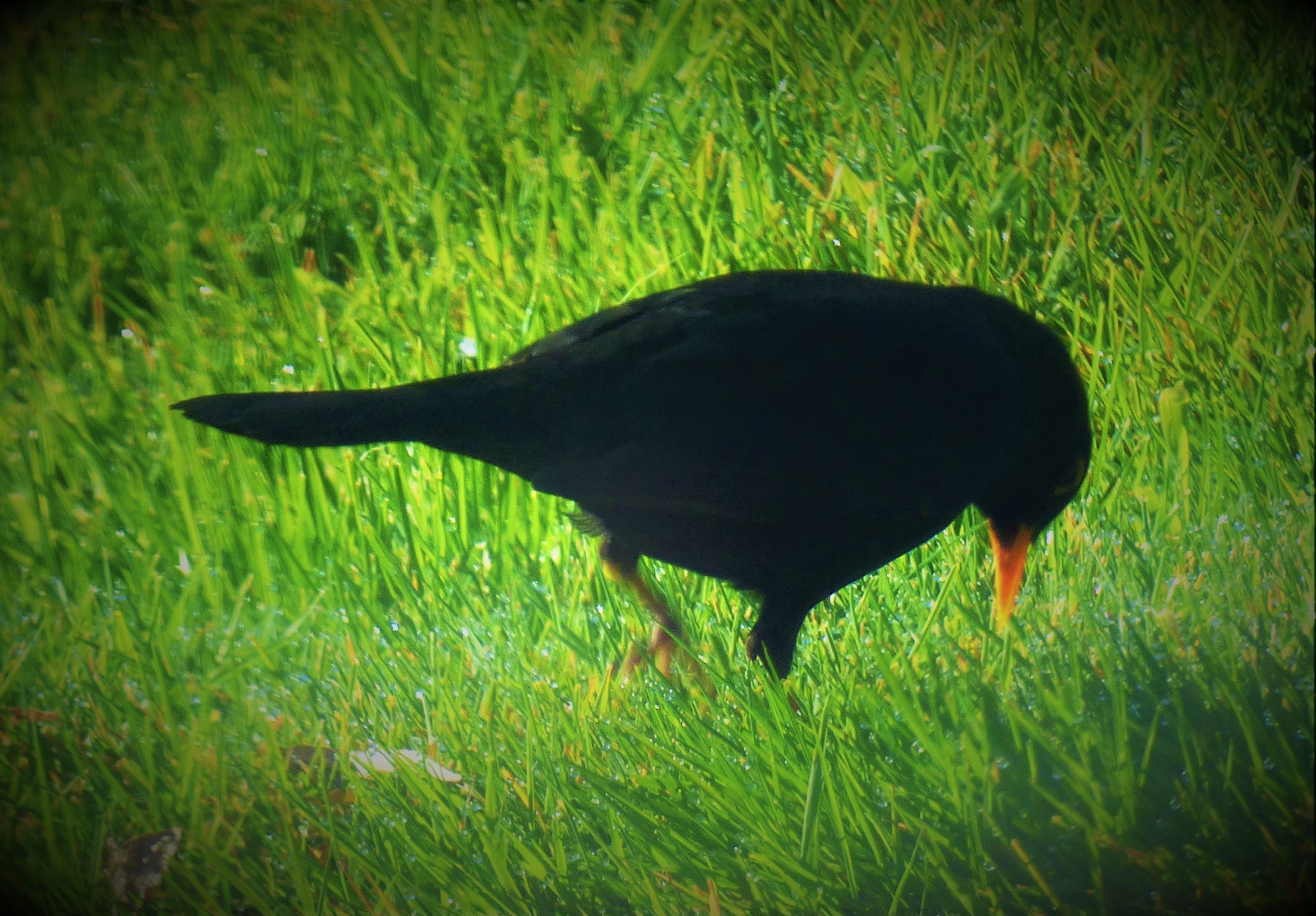 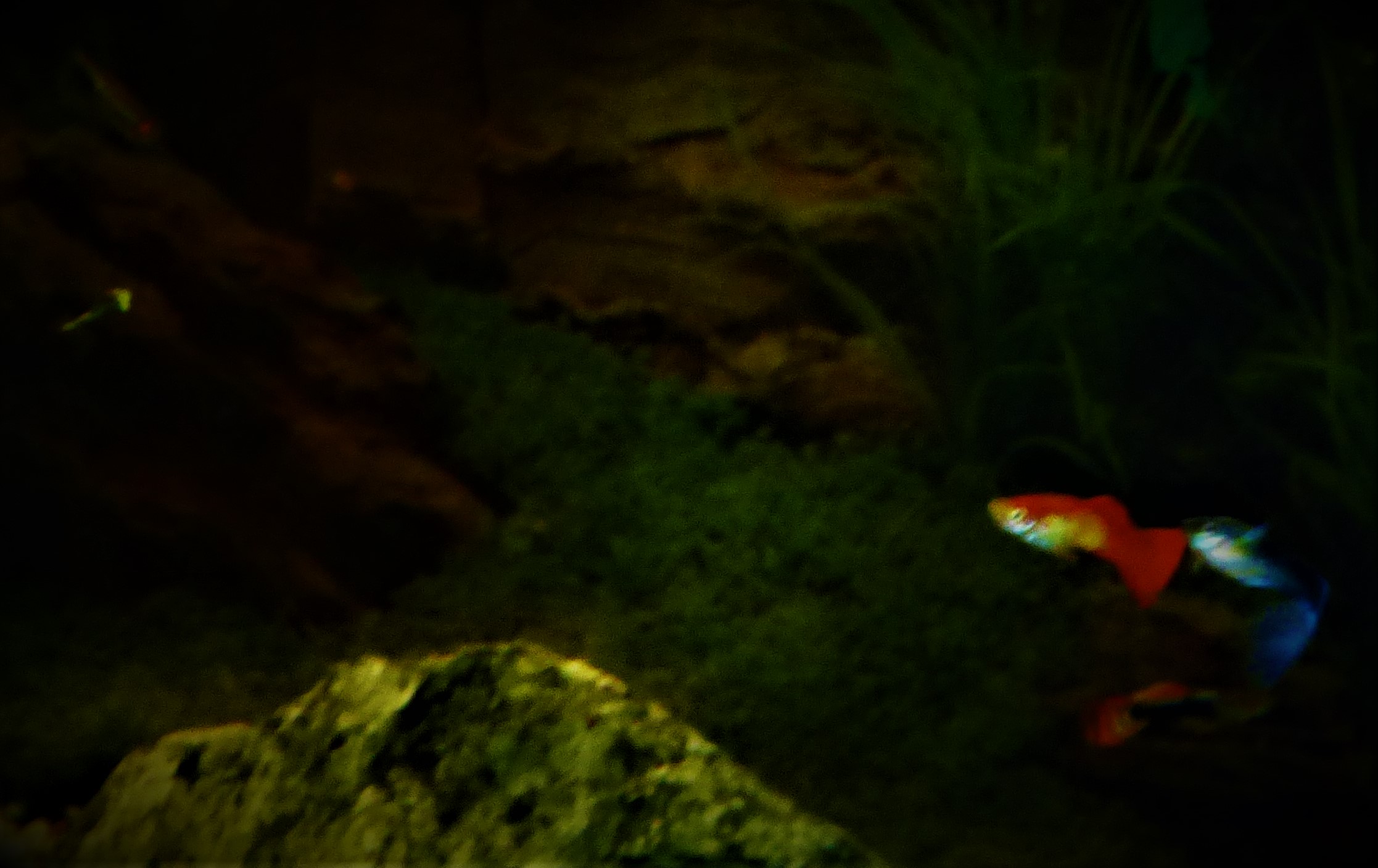 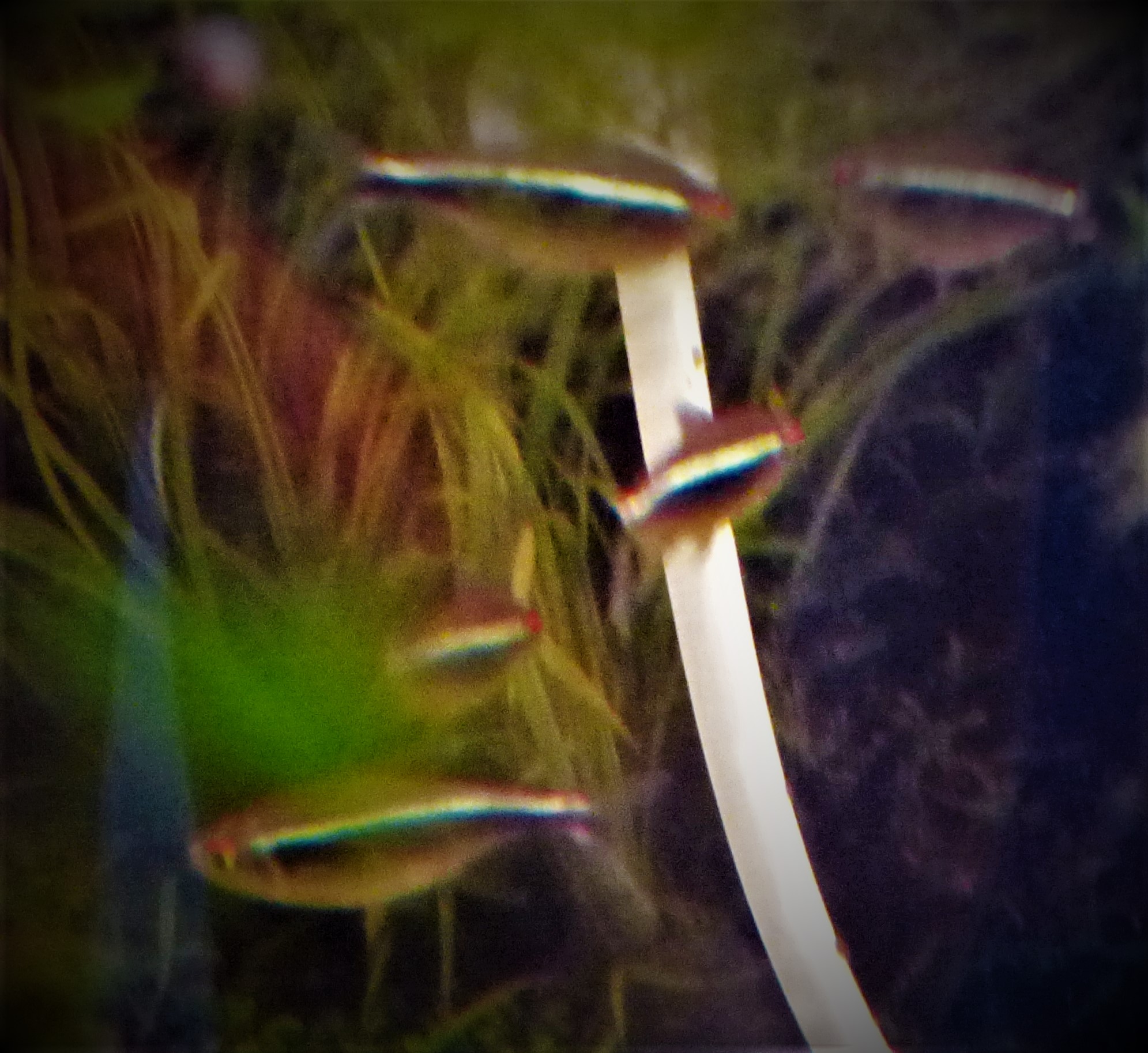 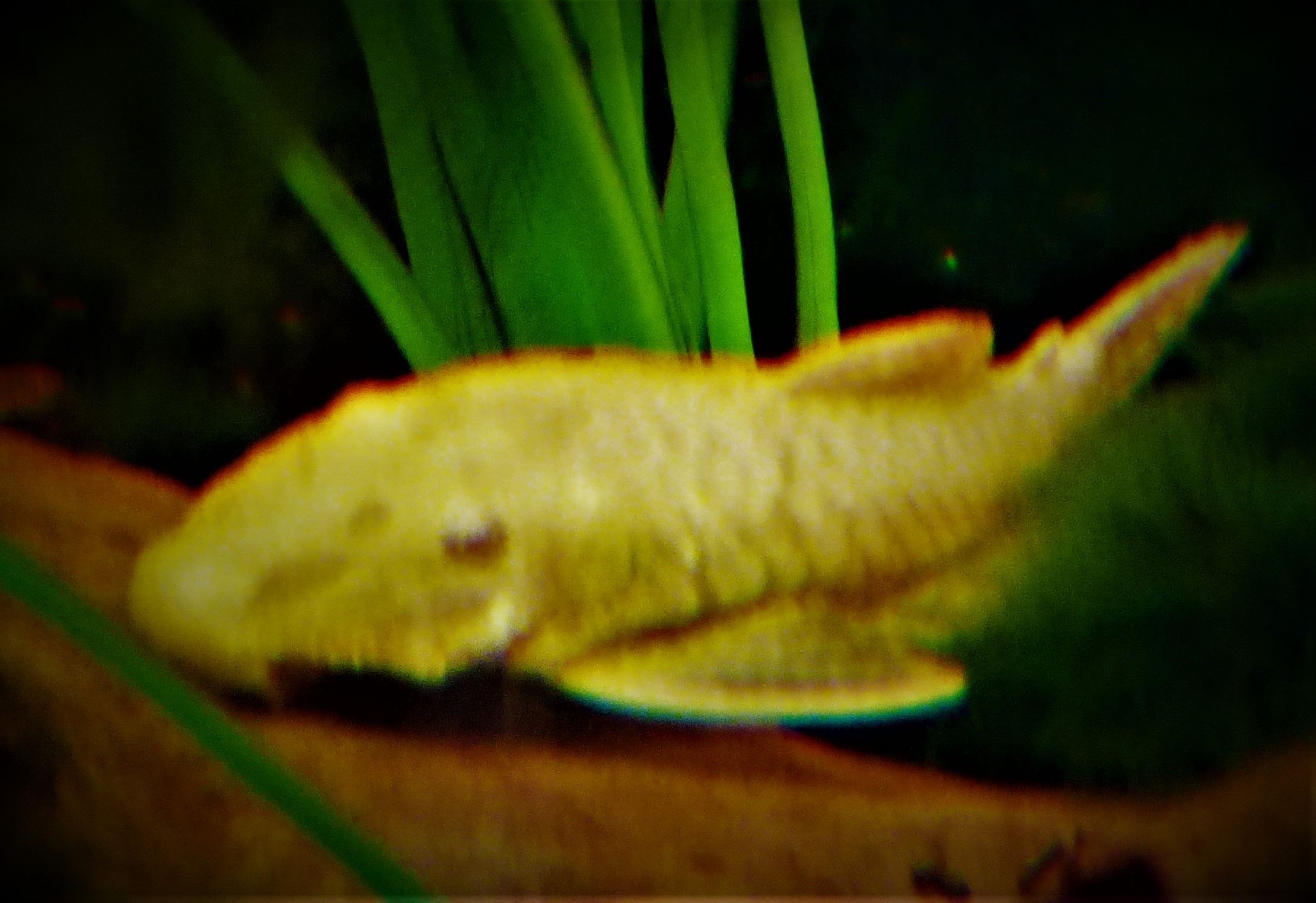 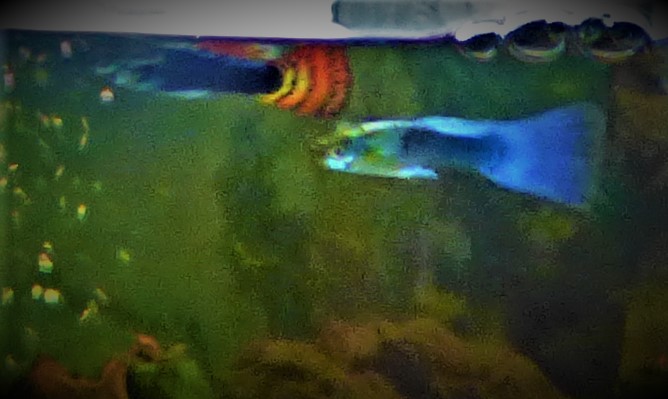 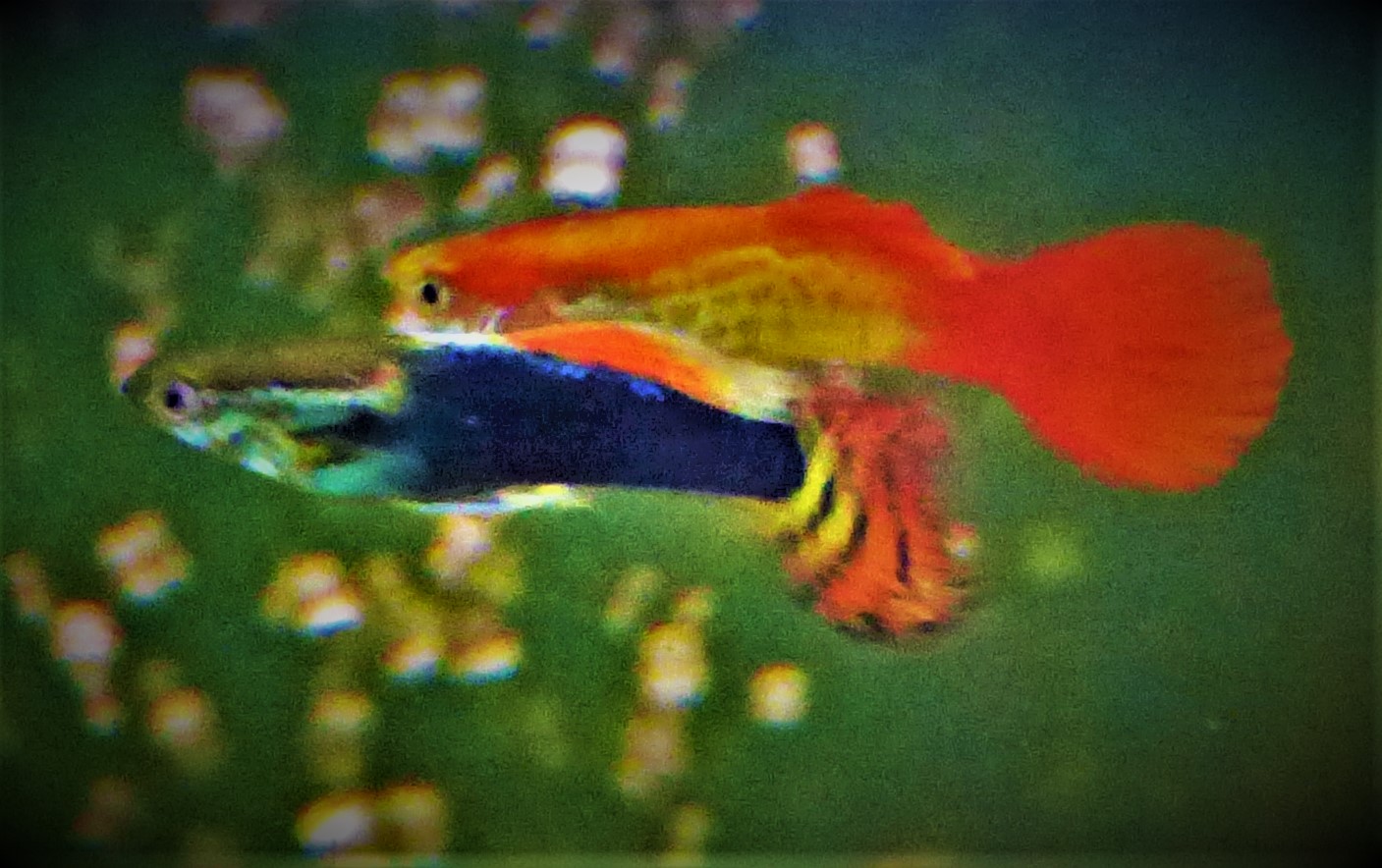 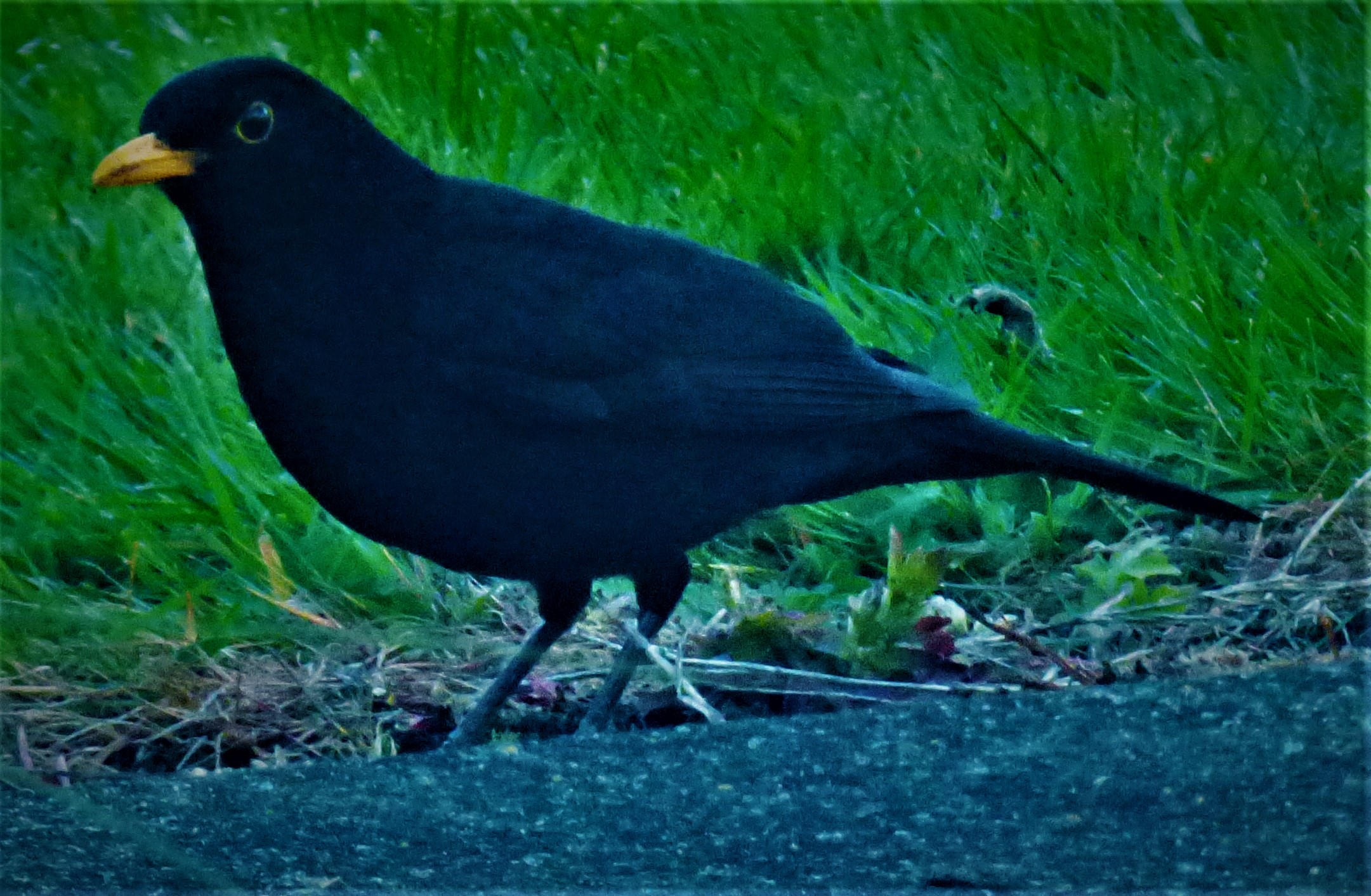 Some thoughts about the possible make-up of the England team against Ireland later this year.

In this post I will be looking at the claims of some potential England cricketers and at the end I will list those who at present would featurie in my plans for the summer. There will be some new names, because although it is only one match I believe that the game against Ireland represents an opportunity to give people a start at test match level, and I would prefer not to have give someone a debut against Australia, who are next up. Before looking at ‘potentials’, it is time clear the decks by first listing the…

SPINE OF THE TEAM

This, given the recent international retirement of Sir Alastair Cook and the lack of success of certain others comprises four names:

With these four names in mind we now have to decide on the rest, and the next section sets out what is…

REQUIRED TO COMPLETE THE SQUAD

As far as I am concerned Mark Stoneman and Keaton Jennings have both been found wanting at the highest level, so I strike them straight out. Not many openers have done big things in the first two rounds of county championship matches. Three who merit consideration are Haseeb Hameed who fared well against India before he was injured, but who has had two successive very poor seasons before coming into some runs against Middlesex to start this season, Zak Crawley who has had a superb match for Kent against Warwickshire, although his overall average is only just above 30 and his century in the match just completed was only his second in first-class cricket (from 39 innings) and Dominic Sibley whose 132 for Warwickshire in that same match was fifth century in as many games. Also worth a thought is Middlesex’s Nick Gubbins, who averages 34.92 in first class cricket with seven centuries from 61 innings, and who was one of the few Middlesex players to fare decently with the bat against Lancashire. Of these four my pick would be 25 year-old Gubbins, but with a note to look out for the scores of Hameed, Crawley and Sibley – if any of these start producing big scores on a consistent basis they could still challenge. However, I am not massively convinced by any of these potential openers, and continue to espouse the radical solution I have suggested elsewhere of giving Tammy Beaumont a go amongst the men.

There are fewer options here – not many people have been scoring big at number three. I see the following possibilities:

My personal order of preference for these options is as follows: 3, 2, 5, 1, 4 – I regard promoting Root as too much of a gamble and think that expecting someone who is not a regular no 3 to start doing that job at test level would be a big ask, and I think Patel needs a few more big performances be can be seriously entertained, but he is on my radar.

THE REMAINING BATTERS/ ALL ROUNDERS

We are looking for two or three guys to back up Anderson in this department. I see the following as especially worthy of consideration (in addition to Stuart Broad, whose claims need no amplification here):

From the bowlers I have named in this section Stuart Broad, Sam Curran, one out of Wood or Stone and Brookes are the ones I consider serious possibilities. I would consider Brookes if the conditions were such that I thought no spinner was warranted, in which case I would be picking four front-line quick bowlers, otherwise the question would be who missed out in the toss-up between Broad and Curran, and that would be Broad for my money, because he and Anderson are both nearing the end of their great careers, and I think Anderson can support the younger bowlers on his own. I would expect Anderson and Curran to share the new ball, with Mark Wood (if fit) or Olly Stone (otherwise) coming on first change, and Henry Brookes as fourth seamer if the pitch was a green top.

Jack Leach with his 6-36 against Nottinghamshire made his case, strengthened by a maiden test five-for in Sri Lanka, irrefutable. In the absence of any other spinners pulling up trees Adil Rashid who also produced a maiden test five-for over the winter is the choice for the second spinner should conditions warrant such (unlikely, but in July when the next tets match takes place not impossible). Moeen Ali misses out for two reasons – he is not good enough in either department, a bits and pieces player rather than a true all rounder, and he is an off-spinner, and Joe Root (who should be encouraged to trust himself more in this area) can bowl a bit of off-spin if needed. Meanwhile I will be on the look out for a serious option to replace Rashid. Dominic Bess may get himself back into the reckoning as the season goes on, but for the moment two front-line spinners remains enough.

My squad is as follows, starting with the likely first eleven assuming normal conditions:

The reserves and circumstances in which I would consider picking them are: 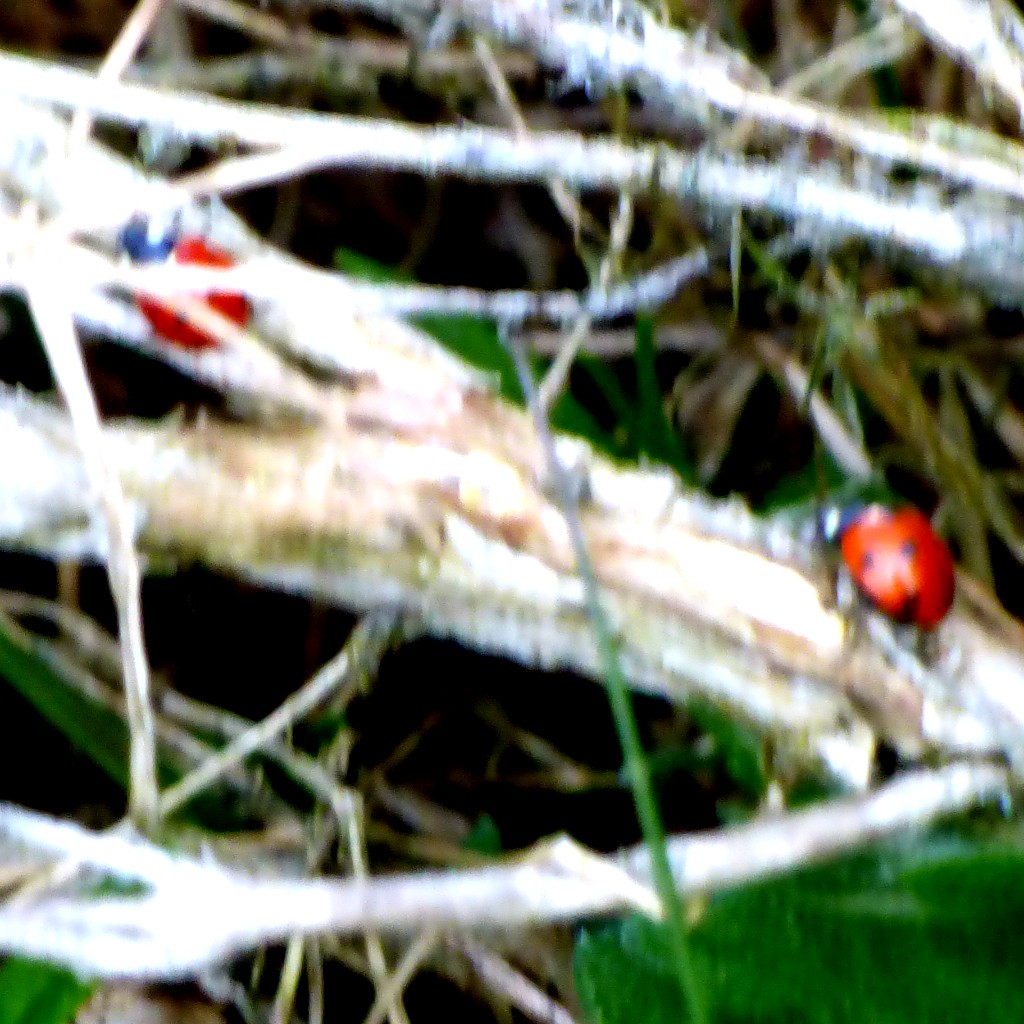 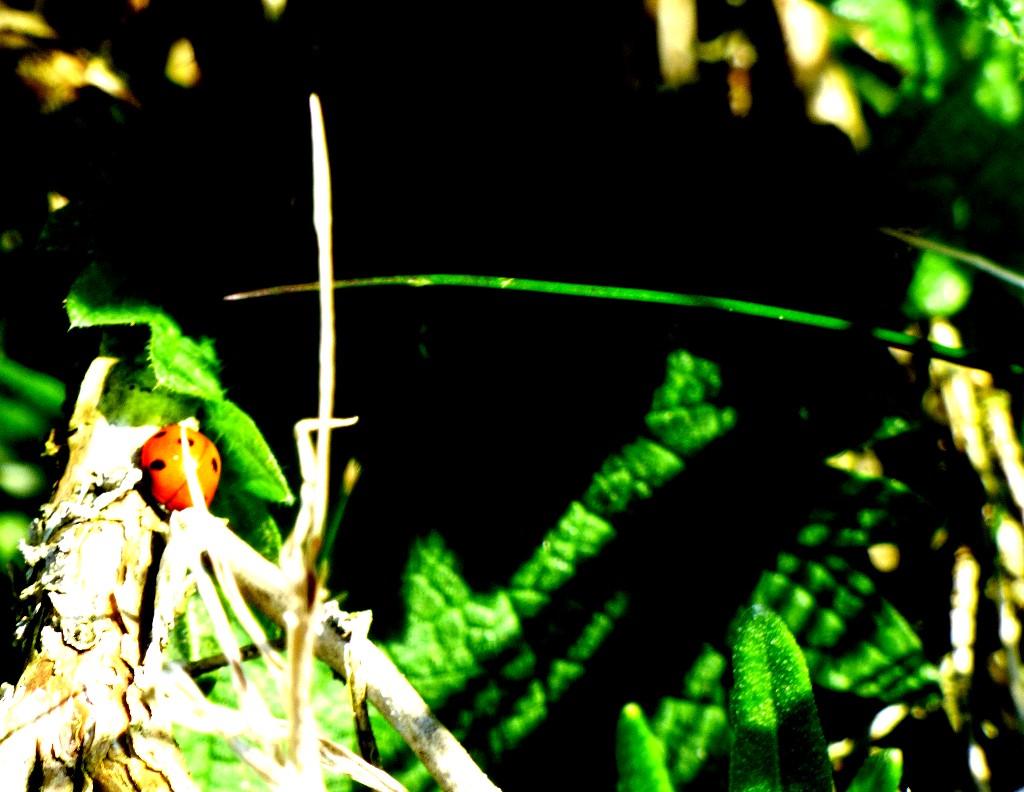 Some thoughtd on the recently concluded round of County Champ;ionship matches.

The second round of County Championship cricket matches of 2019 has just finished, with Kent completing an eight-wicket win over Warwickshire. In this post I will look at each match in turn for points of interest and singificance.

I will deal with the drawn matches first.

Now we have the games at which defnite results were achieved.

I will look tomorrow at some players who could be considered for England (and bear in mind that the next test match is not until July, and is against Ireland, surely an opportunity to blood some new players) and will pick out a suggested squad. 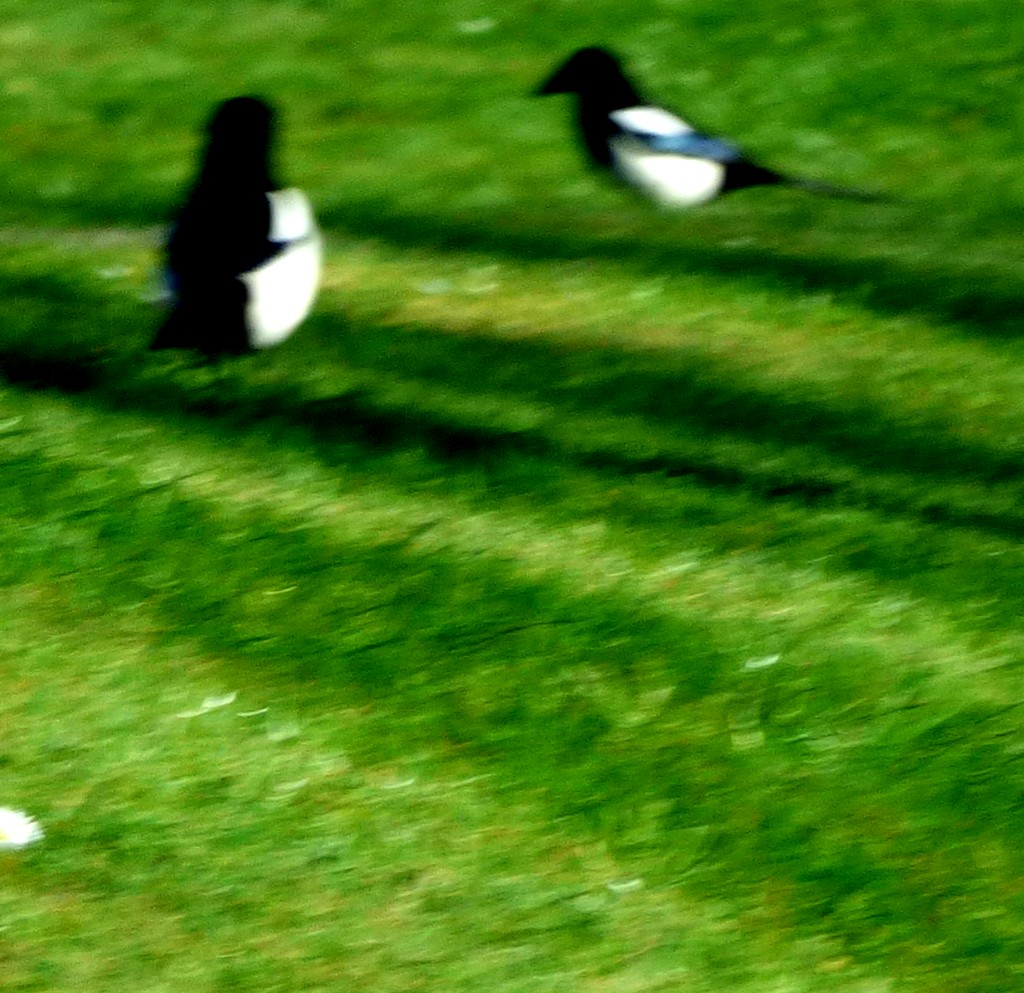 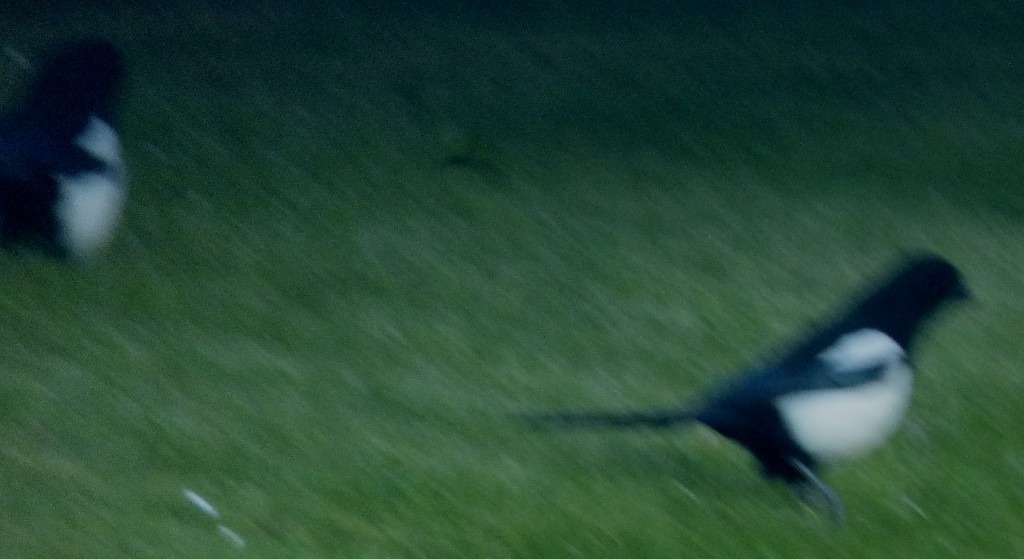 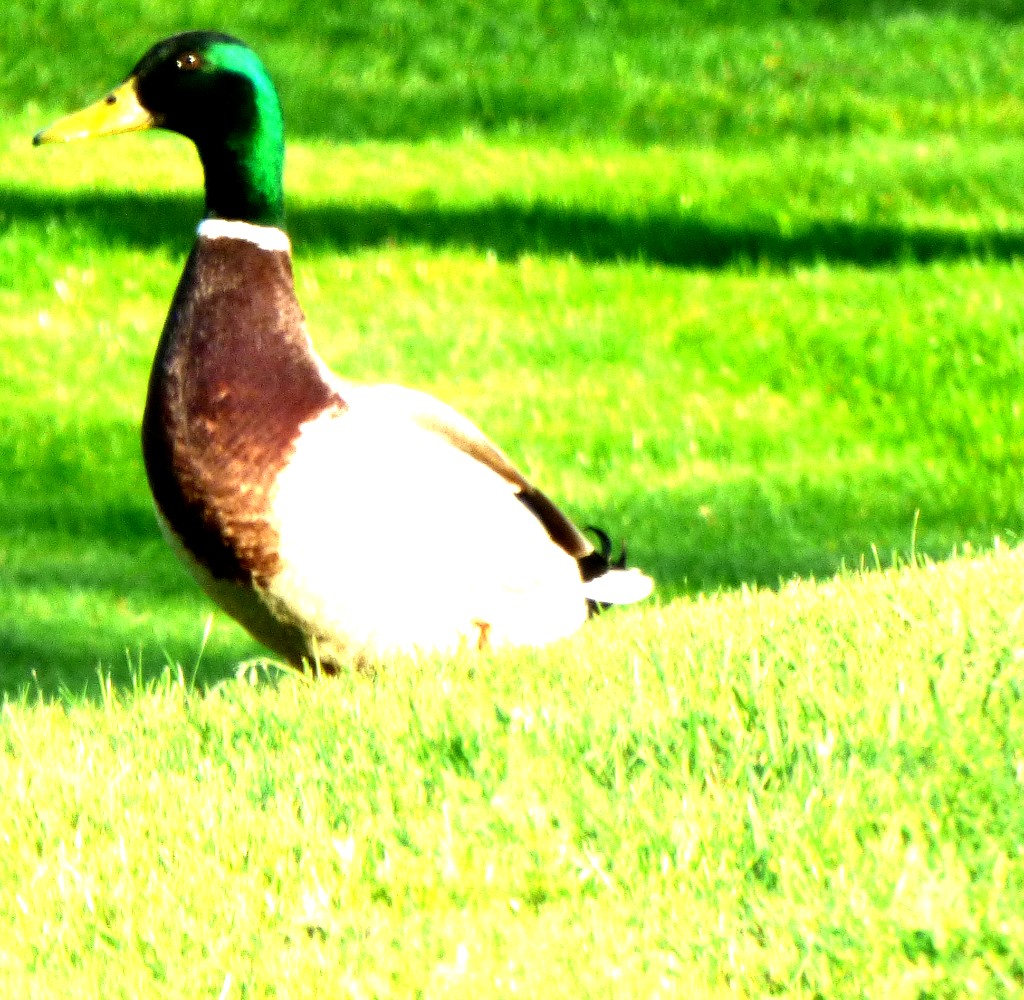 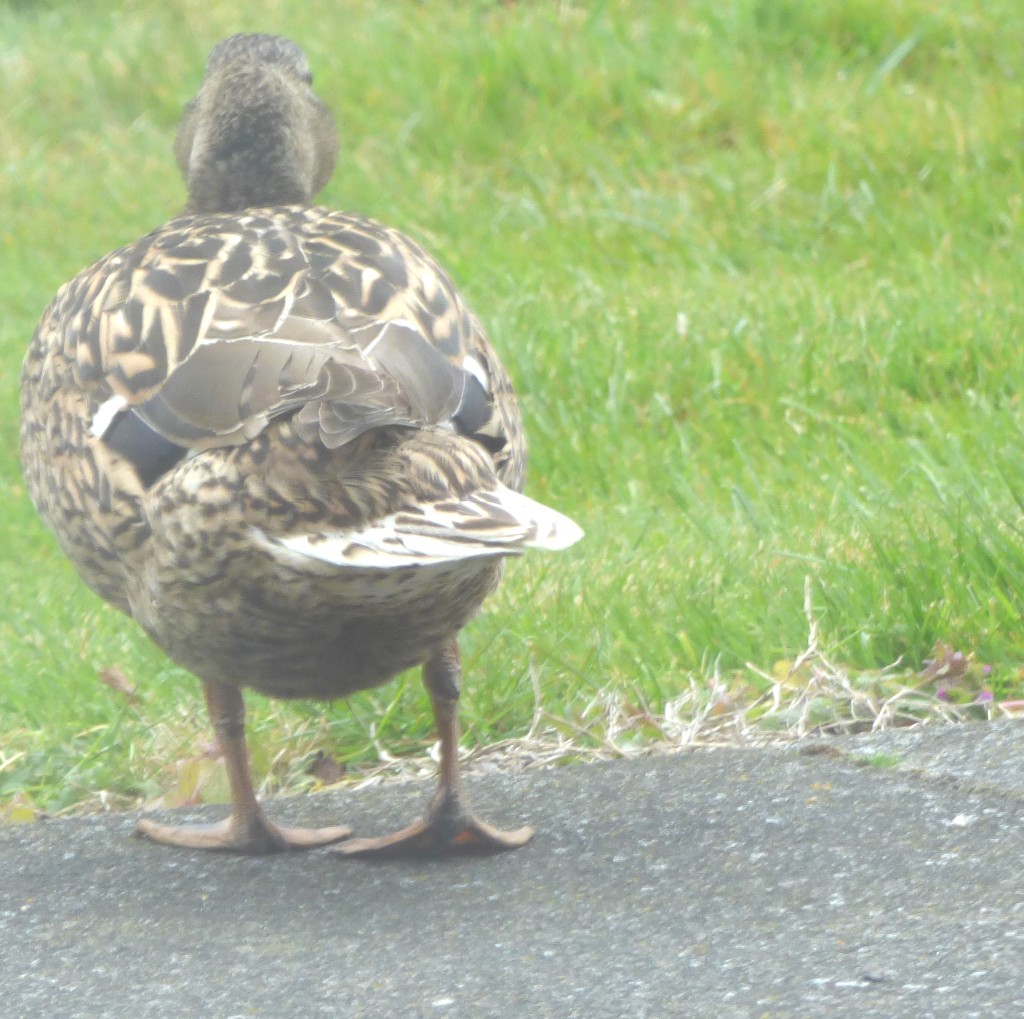 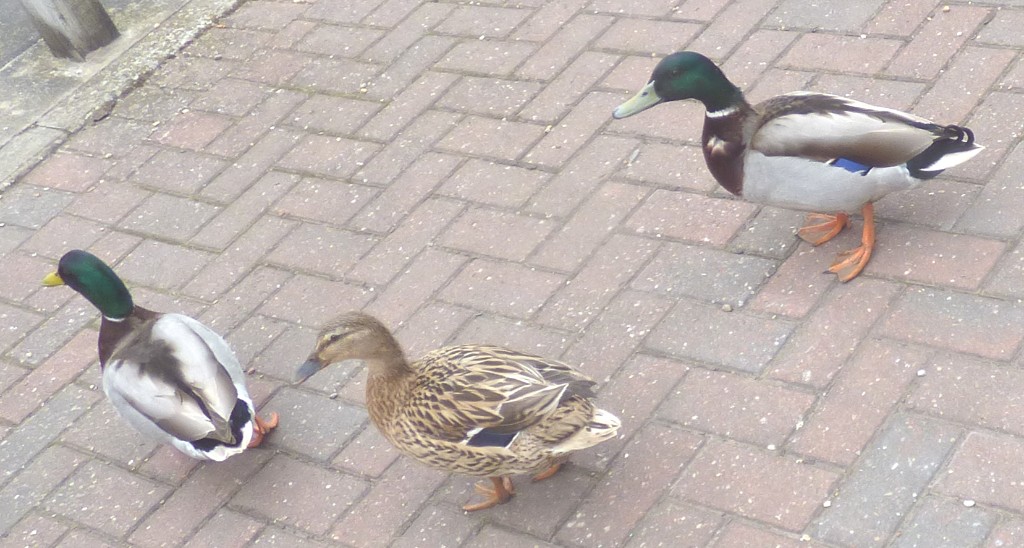 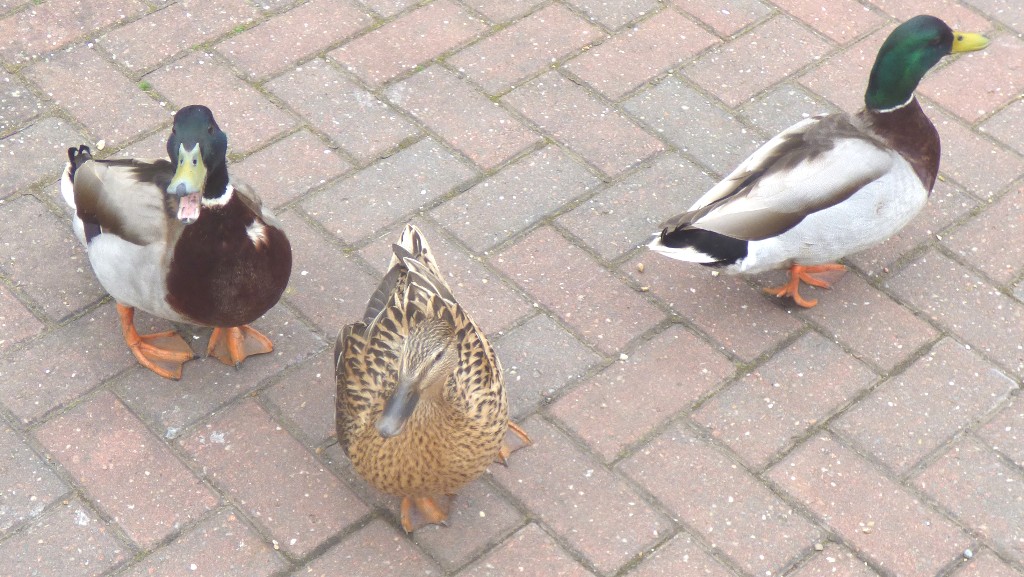