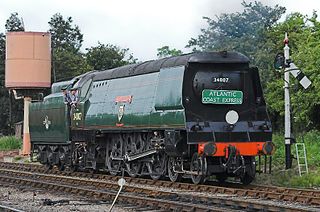 The nostalgia for the age of steam has been turned into a profitable business. Rail trips using historic steam locomotives are very popular at holiday times. I enjoy them myself. They are not cheap but then safety standards for the travelling public need to be very high and it costs a lot of money to maintain steam locomotives.

Last year on one of these trips there was nearly a catastrophic train crash.  A steam special from Bristol run by West Coast Railways overshot a red light at Wootton Bassett in Wiltshire coming to rest on the South Wales main line only a minute after a 125  First Great Western express to Paddington had passed by. Some 750 people were on both trains. The inspector’s  damning report is here.