A post about the outcome of the US Presidential Election. 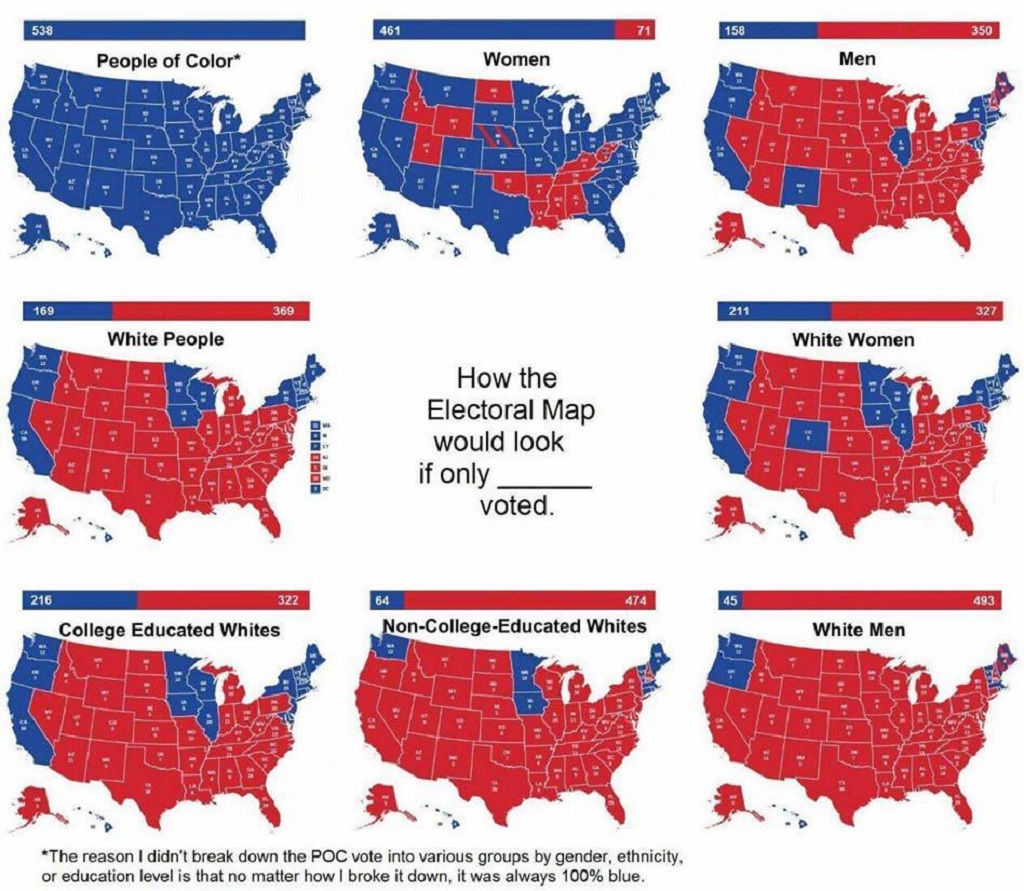 Welcome to what I promise will be my only post about the result of the US Presidential Election.

Right up until the result was confirmed many reckoned that Hillary was guaranteed to win – indeed late last night Jerry over at WEIT was still confident enough to follow his schedule of posts and put up one bearing the title “Hillary Wins!”. Many of those who were so confident of a Hillary win were not especially enamoured of her as a candidate, but reckoned that alternative was so gruesome as to be ‘unelectable’. At approximately 8AM GMT this morning that notion of ‘unelectability’ was consigned to oblivion when it was confirmed that he had been elected.

I will start this section with a link to this very detailed break down of voting patterns (I draw particular attention to the breakdown of voting patterns by income – this makes it clear that the poorest people voted for Hillary – the only brackets in which she was ahead were those with incomes of under $30,000 per annum and those in $30-50,000 bracket).

Next come some links to longer pieces from various people:

I end this section with this sage advice tendered by Catherine Mayer on twitter, which segues into the next and final section of the post:

I will start this section by referring you to the 50:50 Parliament petition on change.org, which I made a point of sharing again today, given some of the things that the new POTUS has had to say about women.

Also in circulation is this petition regarding the education of disabled children.

Next comes this petition against the third runway at Heathrow.

The last petition I am going to link to calls for better protection for victims of domestic violence.

To finish, some good news from the Let Bristol Breathe campaign:

Following the Let Bristol Breathe campaign and the petition you and over 4000 people signed, Bristol City Council has voted unanimously to support a motion calling for urgent steps towards establishing a Clean Air Zone in Bristol.

Two of Bristol’s MPs and the Mayor have also asked to discuss a Clean Air Zone for Bristol with government ministers.

These are just the first steps, but they are in the right direction.

We’ll stay watching to make sure they stick to their promises. If we need your help again with this campaign, we’ll be in touch.

Meanwhile, give yourself a pat on the back or raise a glass to clean and healthy air!