A mix of politics, nature and autism.

This is a collection of interesting things I have seen on the internet recently. They are grouped broadly in three categories, the second of which includes a few pictures I took today.

I start this section with an important open letter from Make Votes Matter. Below is a screenshot of the beginning of the letter. This is formatted as a link so that you can add your name to the open letter should you wish to:

My only link in this section, which forms a natural segue to the nature section, is to a thunderclap organised by Team4Nature and tagged #VoteForHopeVoteForChange. Below is a screenshot which also functions as a link:

This one has been launched by The Wildlife Trusts and the screenshot below links to it:

The first of the two recent posts from Anna that I am sharing is titled “Which Future Do You Wanna Give The Next Generation?“. This post contains both Swedish and English text, and is in particular focused on the campaign to Save Trosa Nature. Here is Anna’s picture from that post:

The second post from Anna is titled “Old Tjikko” and starts by introducing us to the world’s oldest tree (9,500 years old since you ask). It concludes with a marvellous tree infographic which is reproduced below:

Time now for some…

These were all taken today…

I saw this article on www.independent.co.uk today and knew I would have to share it. It is titled “People with autism can hear more than most – which can be a strength and a challenge“, and the content lives up to the title, more of it being devoted to pointing up the strength than the challenge. I offer both a screenshotted quote and a picture by way of aperitif: 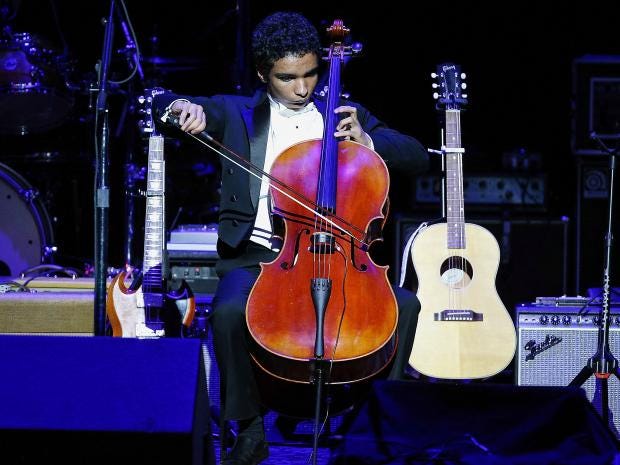 I end this post with yet another reference to the rainbow coloured infinity symbol that Laina at thesilentwaveblog introduced me and many others to. The version below is an envisaged centrepiece for the front cover of the 2018 Calendar (see this post for more on my calendars) and features my name in white text incorporated into the symbol and the addresses of this blog and my London transport themed website in each loop:

The title of this post comes from a cricket related quirk, explained by the image below, which is an extract from Mike Brearley and Dudley Doust’s book about the 1978-9 ashes series (six matches, Australia 1 England 5):

The ‘nonuple’ part of the title comes from the fact that this is my 999th post on aspiblog, and like the old Gloucestershire spinner Bomber Wells who deliberately retired on 999 first class wickets I have decided the commemorate 999 rather than the more conventional 1,000. By the way, although 999 is indubitably part of the ‘Nelson’ sequence I suspect that never mind me as someone immune to woo in all its forms even the late legendary David Shepherd might have considered that at 999 there was little to worry about (in point of fact it is 0% success rate as a score at which wickets fall – twice in first class cricket a team has scored that many – Victoria both times, against Tasmania in 1922 and New South Wales in 1926 and both times they reached the 1,000 safely and won the matches by monster margins – an innings and 666 and an innings and 656 runs respectively).

First a story which I reblogged from Why Evolution Is True yesterday, but which is so spectacular and so well presented that I am sharing a link to it today as well – click the picture below to visit:

Second, a suggestion that London should take its cue from Paris and make public transport free of charge (what are you waiting for, Sadiq?). I have already shared this on my London transport themed website, and now take the opportunity to promote it here – via two pictures, the first of which contains a link to the original article on www.independent.co.uk:

Still on the transport theme is this piece in The Guardian about how Uber are (mis)treating their drivers.

My next link concerns libraries, and the fact that they are being hit by huge funding cuts. At the bottom of the article mention is made of the library from which the most items have been borrowed this year – Norwich Millennium Library (and although that is the library I use least frequently of my three regulars my visits there are not entirely unconnected to the large number of items borrowed there!). Click here to see the original piece.

My final link in this section is appropriately cricket themed. Before getting on to it I note by way of observation that as the third day draws to a close the current test match between India and England seems to be capsizing under an overload of runs (Eng 400, Ind currently 445-7). A new cricket blog has appeared on my radar, and I introduce it to my readers by way of a link to a review of Steve James’ book The Art of Centuries.

To end this post here are some coin images from yesterday at work (on this occasion high-res scans rather than photographs as these were small lots):

A post about the outcome of the US Presidential Election.

Welcome to what I promise will be my only post about the result of the US Presidential Election.

Right up until the result was confirmed many reckoned that Hillary was guaranteed to win – indeed late last night Jerry over at WEIT was still confident enough to follow his schedule of posts and put up one bearing the title “Hillary Wins!”. Many of those who were so confident of a Hillary win were not especially enamoured of her as a candidate, but reckoned that alternative was so gruesome as to be ‘unelectable’. At approximately 8AM GMT this morning that notion of ‘unelectability’ was consigned to oblivion when it was confirmed that he had been elected.

I will start this section with a link to this very detailed break down of voting patterns (I draw particular attention to the breakdown of voting patterns by income – this makes it clear that the poorest people voted for Hillary – the only brackets in which she was ahead were those with incomes of under $30,000 per annum and those in $30-50,000 bracket).

Next come some links to longer pieces from various people:

I end this section with this sage advice tendered by Catherine Mayer on twitter, which segues into the next and final section of the post:

I will start this section by referring you to the 50:50 Parliament petition on change.org, which I made a point of sharing again today, given some of the things that the new POTUS has had to say about women.

Also in circulation is this petition regarding the education of disabled children.

Next comes this petition against the third runway at Heathrow.

The last petition I am going to link to calls for better protection for victims of domestic violence.

To finish, some good news from the Let Bristol Breathe campaign:

Following the Let Bristol Breathe campaign and the petition you and over 4000 people signed, Bristol City Council has voted unanimously to support a motion calling for urgent steps towards establishing a Clean Air Zone in Bristol.

Two of Bristol’s MPs and the Mayor have also asked to discuss a Clean Air Zone for Bristol with government ministers.

These are just the first steps, but they are in the right direction.

We’ll stay watching to make sure they stick to their promises. If we need your help again with this campaign, we’ll be in touch.

Meanwhile, give yourself a pat on the back or raise a glass to clean and healthy air!