An account of the three meetings at Marxism 2017 that focussed exclusively on climate change.

Welcome to this latest post in my series about Marxism 2017. This post deals with three meetings from the event and also features some external links as well. This post features green body text because of the subject matter – headings still in red. This post features pictures in ’tiled mosaic’ form – to view them at full size left-click/ single finger push an image to open the gallery, and if you right-click/ two finger push you get a drop down menu that enables you to open a single image.

The Jeffrey Hall is the second largest venue in the Institute of Education, with a seating capacity of 500. It was pleasingly full for Ian Angus’ talk about Facing the Anthropocene. This talk was accompanied by numerous slides. Here are the first few pictures: 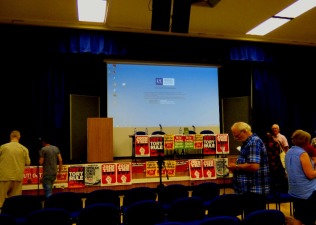 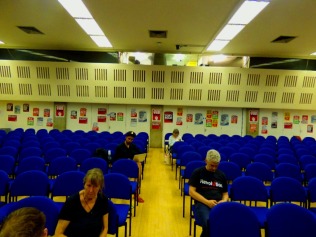 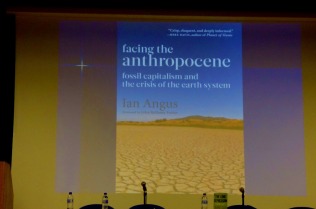 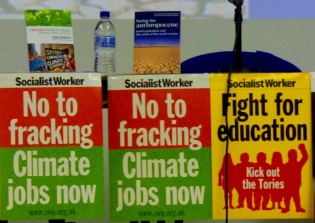 Due to the size of the venue a speaker slip system in operation, and Martin (crouched) was assisting the chair to decide what order speakers should be called in. 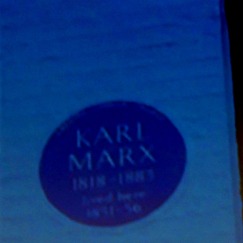 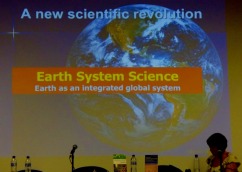 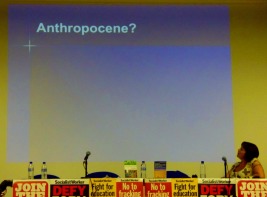 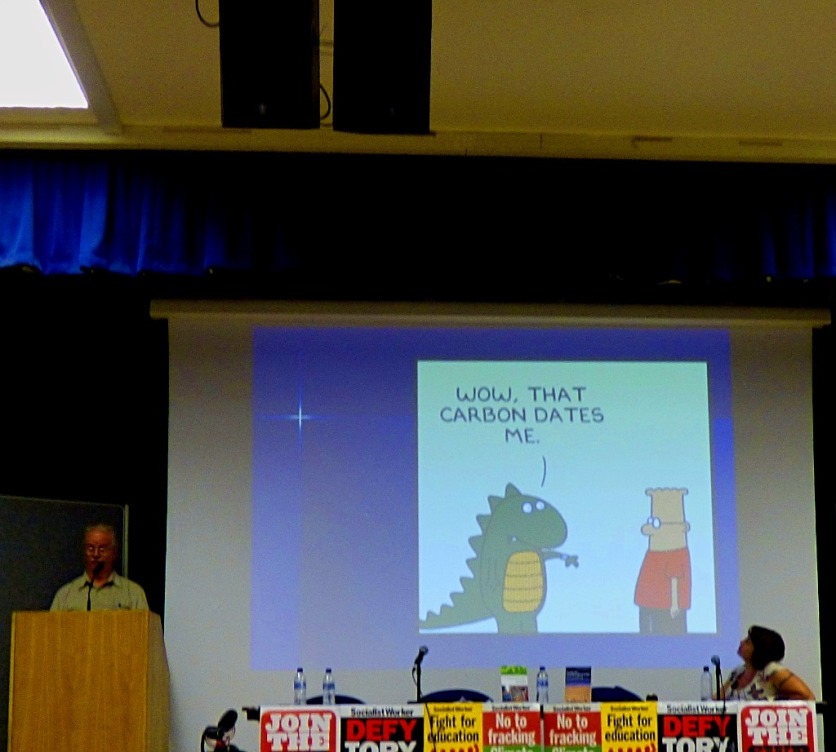 From this start the speaker went on to define the anthropocene:

This what the Anthropocene is NOT 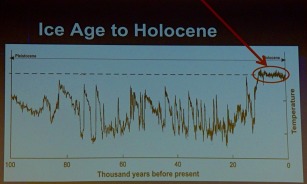 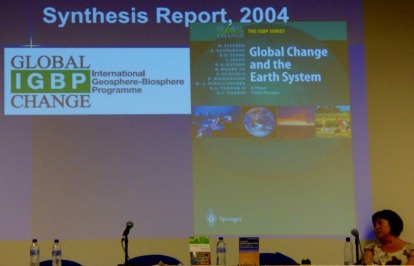 Note – current CO2 Levels are at 409-10ppm, with almost no one reckoning they can be stabilised below 450ppm and some talking in terms of 560ppm. 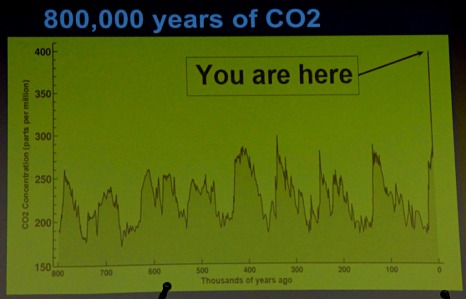 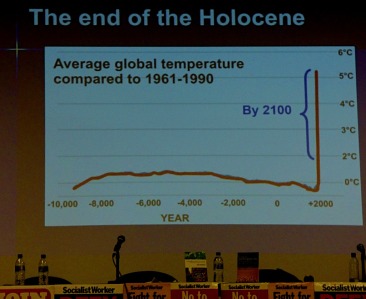 Before the Anthropocene the earth had seen five mass extinction events, and all evidence points to the fact that a sixth is upon us. Here are a few links to recent articles about this:

Now here are my remaining pictures from this meeting: 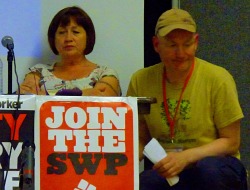 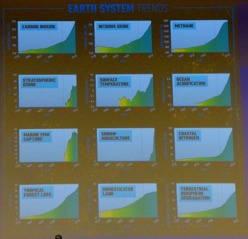 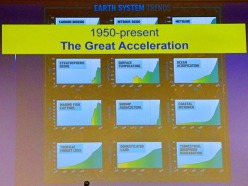 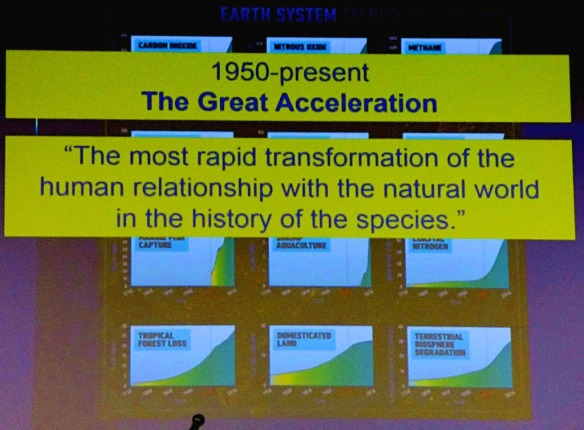 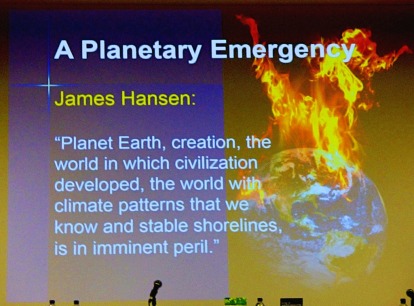 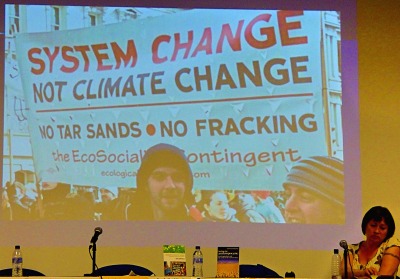 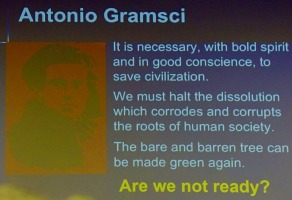 one of those who spoke from the floor

A collection at the meeting – venue hire for this event cost £60,000 in total – in Central London everything is expensive.

This was conducted in an informal style. Martin, chairing, asked Ian questions about his latest book (it is a good read btw) and Ian answered. After about half an hour questions were taken from the floor, and they were mainly excellent contributions. At the end of the meeting Ian signed copies of his book for those who were interested. Here are some photos: 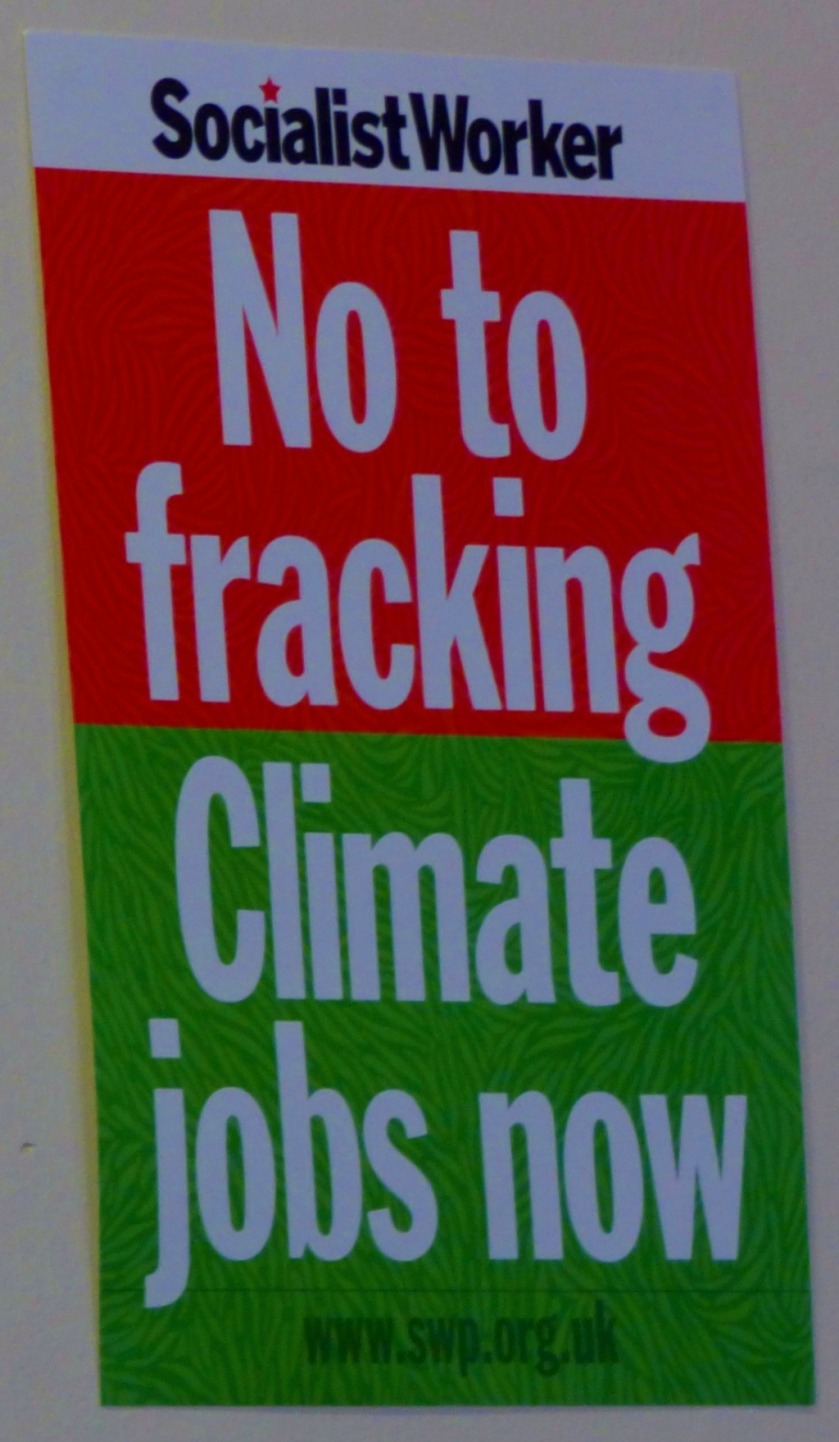 This meeting was in the session immediately after the second Ian Angus meeting, and before the closing rally. This was a really excellent meeting, with many people speaking from the floor about campaigns they were involved in, and the mood generally confident. Here are some photos:

This post being about climate change and by extension nature I have decided to end with some links courtesy of Anna who has produced some excellent stuff about nature: