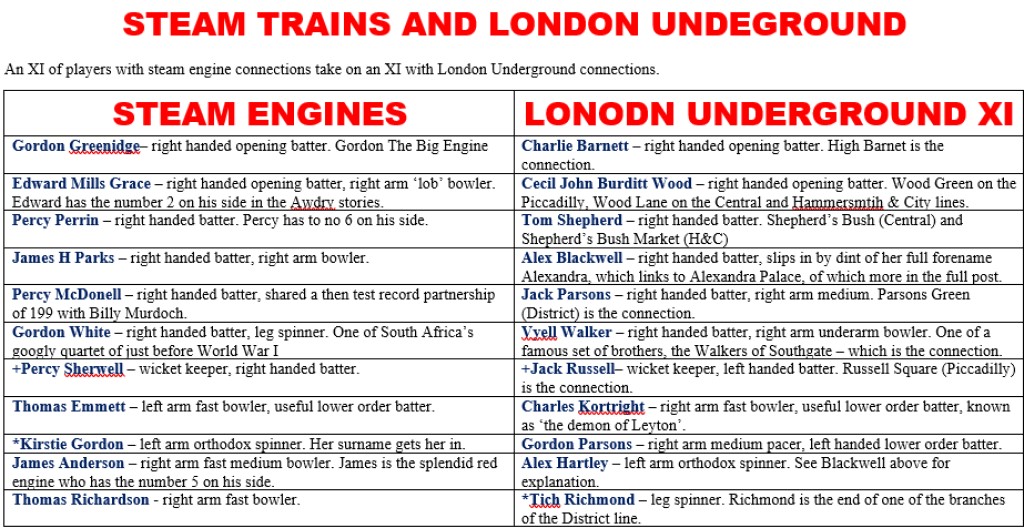 Welcome to another variation on the ‘all time XI’ cricket theme. Today we look at two forms of rail based transport. One team consists of players who share a name with one of the locomotives in the stories by the Reverend W Awdry, while against them is a team of players who can be linked to London Underground. Hwoever, before getting to the main body of the bost I have one other piece of business to attend to.

Within a few moments of yesterday’s post going live up popped a twitter correspondent with the name of Johnny Wardle. Wardle should certainly have had a mention and a strong case could be made for his selection in place of Jack Walsh, though the case my correspondent made was less strong as he suggested Emburey the off spinner to be the one who dropped out. My name not being Dominic I tend not to edit blog posts I have already published, and I am not prepared to actually change my selection, but I freely acknowledge that Wardle coming in for Walsh specifically would be a valid decision.

This team has a good top five, a genuine all rounder, a keeper who can bat and four varied bowlers. The bowling attack, with Emmett, Richardson and Anderson to bowl pace and White and Gordon to bowl spinners also looks good.

Just before I introduce my players I am going to give a bit more detail about the selection process for this XI. In most cases it is the name that provodes the London Underground connection, and with two thoroughly explained exceptions I have not used birthplace or geographical location in my selections. Also, I did not allow myself to select former Leicestershire wicket keeper Tom Sidwell who has the distinction of the only person ever given out in first class cricket for reasons to do with London Underground. He was not out overnight at The Oval, and on the following morning got lost on London Underground, arriving late and being given out by the umpires for not being ready to resume his innings. As you will see when we get to him I had a decent keeper available anyway.

This team has a fine top five, a genuine all rounder, a keeper who can bat and four varied bowlers. Kortright and Gordon Parsons, backed if necessary by the other Parsons, should combine well with the new ball, while Richmond, Hartley and Walker command a fine range of trickery between them.

This one should be a fine contest. I think the ‘Steam Locomotives’ team has the edge on account of their bowling resources. However, I would fully expect this contest to go the distance.

Having set the scene, made a necessary acknowledgement and introduced the teams it remains only to provide my usual sign off… 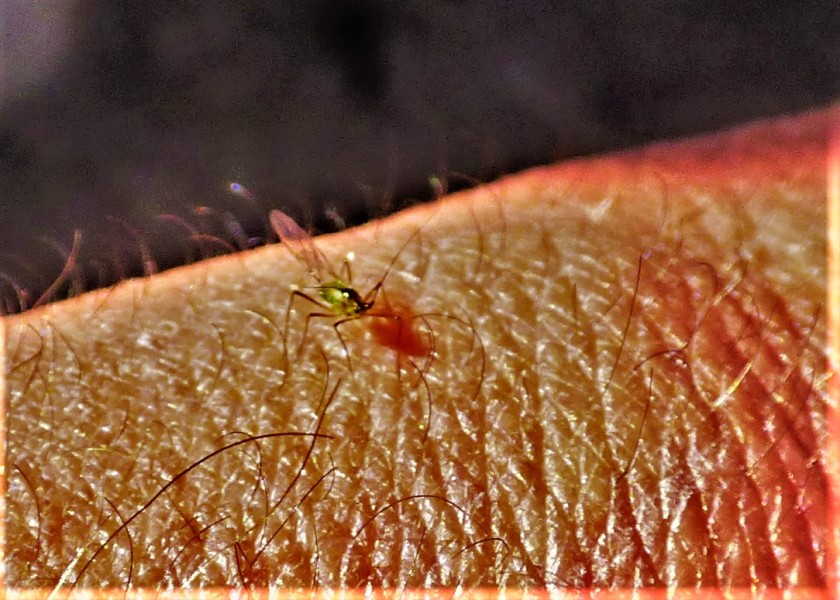 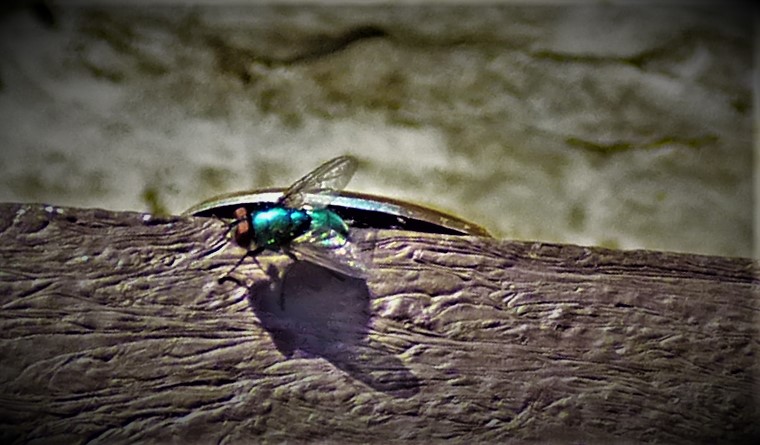 4 thoughts on “All Time XIs – Steam Trains and London Underground”