An account of this weekend’s six nations action plus some pictures and some links.

The third weekend of the six nations rugby tournament is done and dusted. As indicated in the title I also have some links and pictures to share.

On Friday night Wales took on France at the Principality (nee Millennium) Stadium. Yesterday’s two matches featured Italy versus Scotland at Stadio Olimpico and England versus Ireland at Twickenham.

Wales came into this match with one win and one draw to their name, France with wins over Scotland and Italy (a record which flattered them – given a decent kicker Italy would have beaten them and they were not convincing in the second game either). The match was fairly close throughout, and not of the highest quality. The Welsh emerged victorious and thus temporarily sat at the top of the table.

Since Italy were included in the tournament, making it the Six Nations, these two sides have accrued 14 wooden spoons between them (Italy 10, Scotland 4) and few would bet against one or other adding to that tally this year. Often of late Italy have come to grief in the kicking department (see above) so it was ironic that on a day when Kelly Haimona was flawless with the boot they were well beaten, and are now very likely to finish bottom.

England came into this match having won both games, unconvincingly against Scotland in the Calcutta Cup match and very comfortably against Italy. Ireland, winners in 2014 and 2015 had started with a draw and a defeat. England dominated the first half but failed to register the points to reflect that, and when James Haskell got himself sin-binned (for the fifth time in his international career) defeat was more than a possibility. However England were only one point behind when Haskell was able to rejoin the action, and two converted tries in a short space of time thereafter put them 13 points ahead. Although Ireland pressed hard in the closing stages England had done enough and on the balance of play over the whole 80 minutes their victory was well deserved.

THE TOURNAMENT SO FAR

England now lead with three wins from three games, Wales are second, and France third, with Scotland currently fourth, Ireland fifth and Italy sixth. England and Wales face each other in their next match, and the winner of that will be a strong favourite for the trophy, with France likely to finish third. Ireland, Scotland and Italy are fighting out the bottom half of the table. Thus far the quality of the play has not been especially high.

After a big chunk of text, here are some pictures… 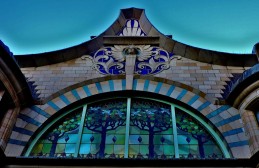 This is the frontage of the Royal Arcade, Norwich

The back of the Guildhall – the work is nearly complete. 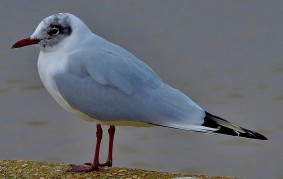 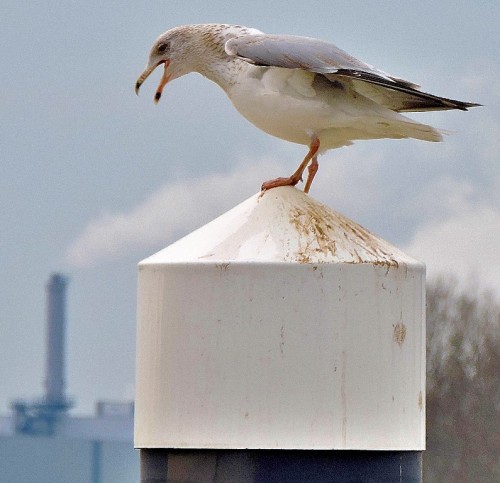 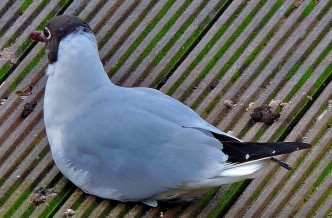 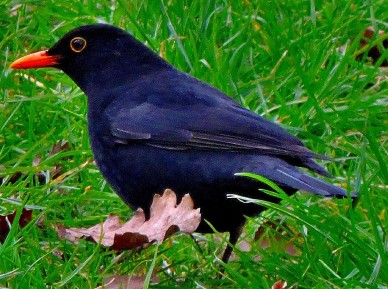 Although there are not that many of them I am splitting these links into sections, starting with:

This is a direct link to Michael Bowsher’s legal advice about TTIP.

A link to a very interesting piece about Asteroid 2013 TX68, accompanied by an image:

Three links, and also three pictures, the latter showing how I have combined two metal badges to make a composite public transport badge. Since I am talking about public transport, here is a reminder of my London transport themed website,
www.londontu.be on which I have already posted two of the links.

Citymetric expose in great detail the lack of a business case for the controversial garden bridge.

Following on from the previous link, change.org are running a petition against the building of the garden bridge – please sign and share.

The last link before the pictures that end this post comes courtesy of we own it and is a call to stop some our finest stations from being sold.