An account of James and Sons auction on March 3oth and 31st, with some other stuff at the end.

As the main part of this post, about James and Sons’ March auction (I am also sharing a few other bits at the end) develops it will become obvious why I am doing it now as one big post, and why I have posted very little these last few days.

With the auction scheduled for Wednesday 30th (lots 1-699) and Thursday 31st (Lots 700-1051) the setup at the venue (The Prince of Wales Suite, Fakenham Racecourse) had to be accomplished on the Tuesday. This day did not require any earlier start than a regular work day would, and although a lot of heavy lifting was involved (a thousand plus lot auction, four people fit to do serious carrying) it was less draining than the other two days.

I had to be at the venue by 8AM, which meant leaving my flat at 6:30AM to be sure of catching the 6:50 bus, to make sure that the IT setup was working and to assist with the viewing the precedes the sale. A couple of technical  hitches at the start aside the day went smoothly. There were some great successes, although the flag that we had hoped would raise serious money did not attract a bid high enough to warrant selling it. The books tanked, as anyone with any experience of books at auction would have expected. Lot 466 fell to me, and lot 494, five volumes on Buildings of Scotland, found its way to East Rudham. Here are some pictures from day 1 at the venue…

This was still in the sky when I left my flat on the Wednesday morning! 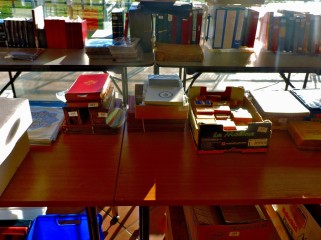 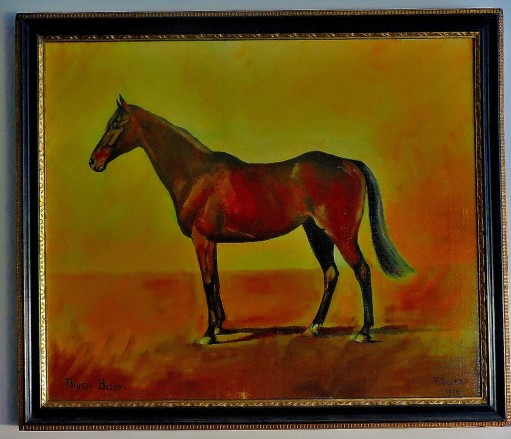 Not one of ours – one the racecourse’s own pictures) 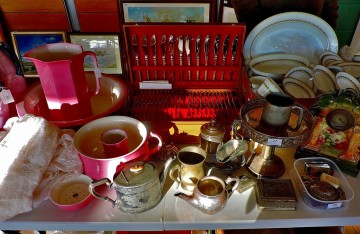 The view from the rostrum

The rostrum before the auction started.

This shell has been interestingly decorated, although it would still have looked better when it was on a turtle’s back. 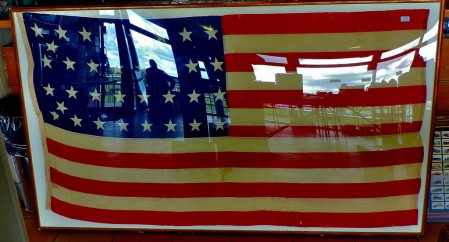 A building frontage in Bridge Street, Fakenham that I had not previously noticed.

After the sale had concluded it was time to get the unsold lots from day 1 back to the shop (and they had to go on the top floor of the shop, including four plastic tubs full of back issues of Private Eye magazine). Then finally, work was done for the day.

Fortunately I was able to set off an hour later than on the first day as although I would still have to do some preliminary IT stuff there were unlikely to be many viewers present (and indeed there weren’t). The internet was still very lively however, and a number of the early commemorative and proof coins on this second day sold exceptionally well. The stamps and postal history did not shine especially brightly. Lot 920, an Isambard Kingdom Brunel £2 set, went to me. The last lot went under the hammer just before 12:00, after which it was time for the clear-up. Once we had the first van load back at the shop we stopped for lunch, before doing the unloading, heading back to the racecourse for the last bits and getting them back. At this point there was a break from heavy lifting, during which I obtained a full printed list of those who had signed up to bid via http://www.the-saleroom.com, which ran to a James and Sons record 277 (paddle numbers 400-676 inclusive). There was a little bit more lifting to do before the end of my day, as it was necessary to get some stuff ready for loading for a collectors fair on the morrow. I have some pictures from day 2 as well… 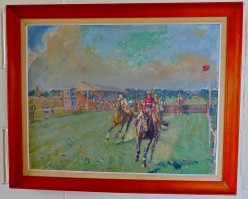 One of theirs again!

This tapestry is also theirs. 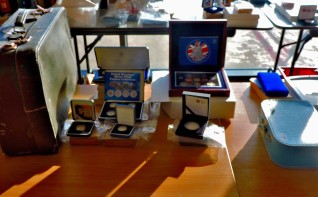 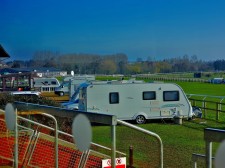 Caravans parked where on race days there would be bookies.

Golfers in action, srrounded by the racecourse (hence no golf on racedays – a mishit shot might do more than frighten the horses!) 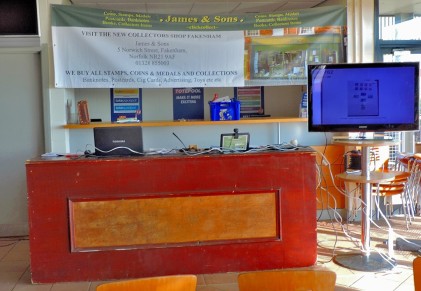 Che Simnor auditioning for the role of security guard!

An item on display in the shop.

A FINAL THOUGHT ON THE AUCTION

I have not previously been involved in running a two-day auction, and it was an incredibly tiring three days. However, the auction was very successful.

These were the two lots I bid on, and I got both. Both lots attracted my attention because of my special interest (in the best autism circles we do not use the word obsession) in railways (and indeed public transport generally – check out my website www.londontu.be).

This was a rail atlas of Britain, dating from around 1980 (Blake Hall station was open so it is pre-1982, but that whole section of the Central line – Epping– Ongar – was already being considered for closure), and it is very detailed, showing goods and passenger lines. Here are pictures, starting with the images that were available at auction and finishing with some later shots… 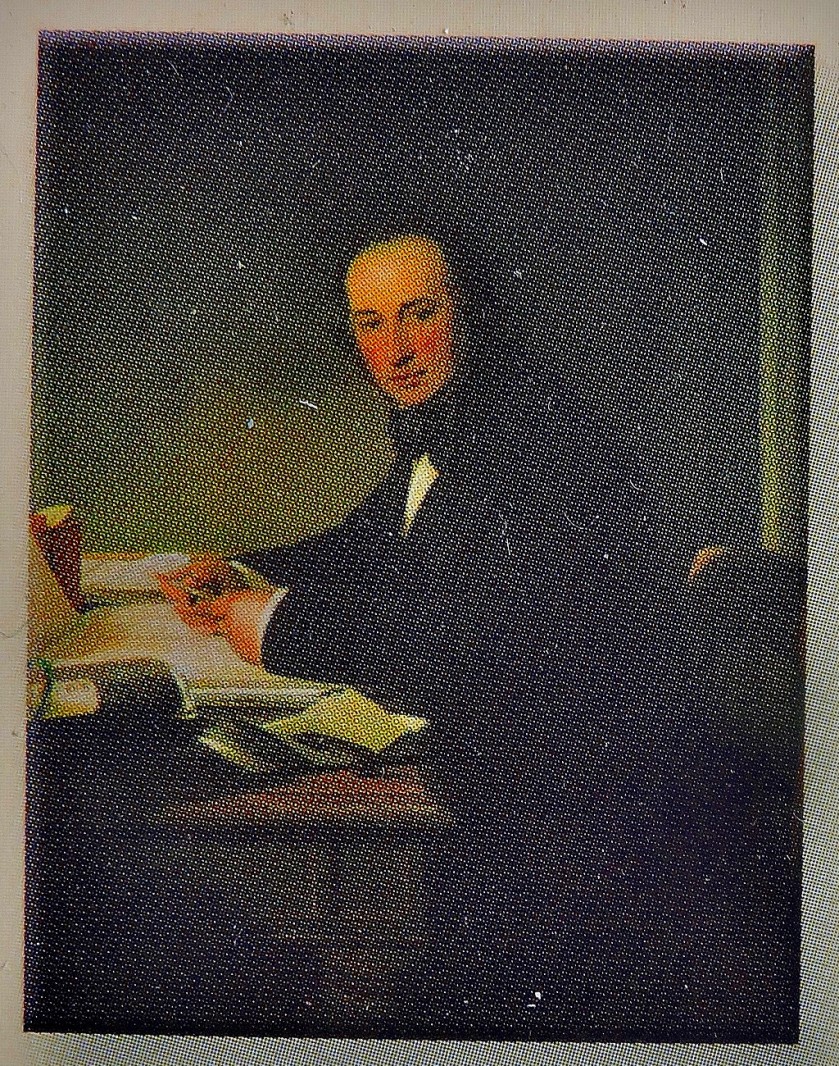 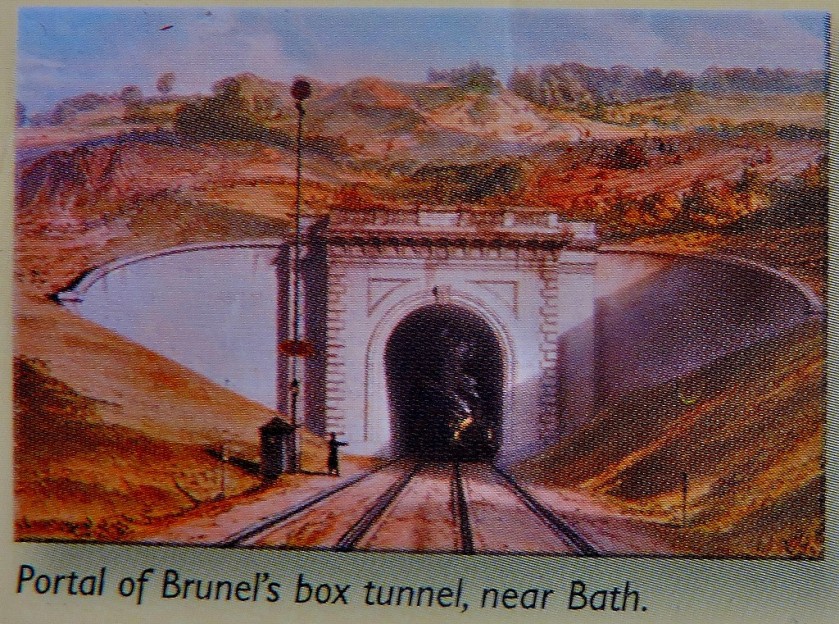 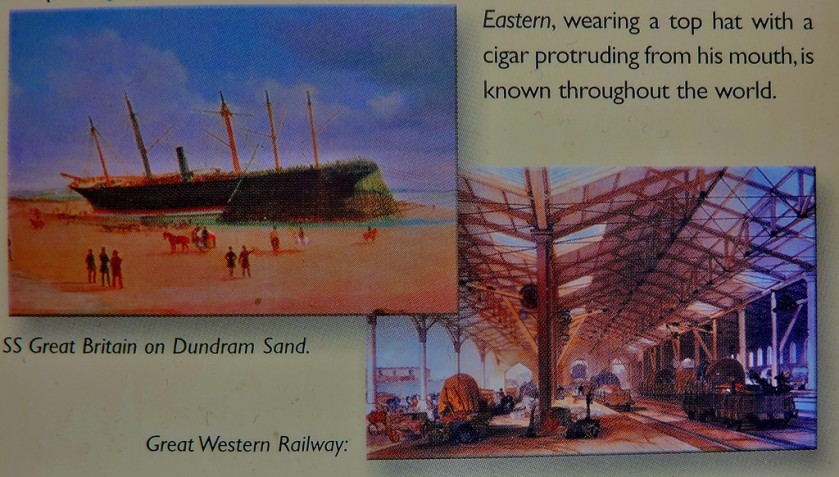 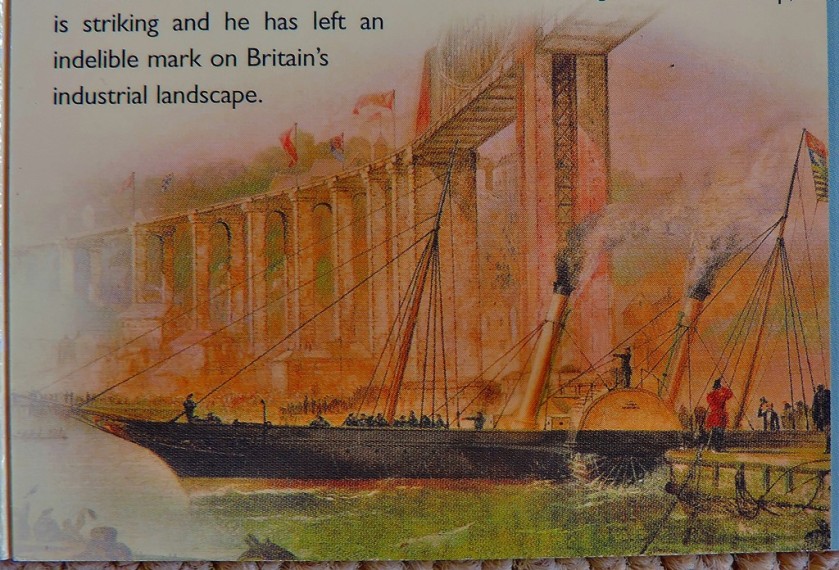 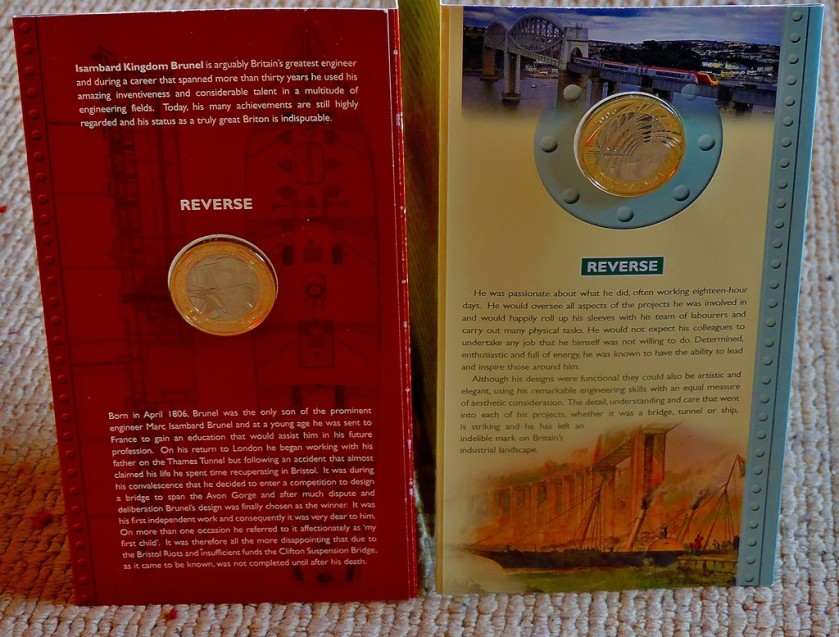 I have called this ‘Hairpin Point’ because it represents a switch in direction on this post away from anything connected with my work to other matters. To set the scene, here is a screen-dump from my email inbox: 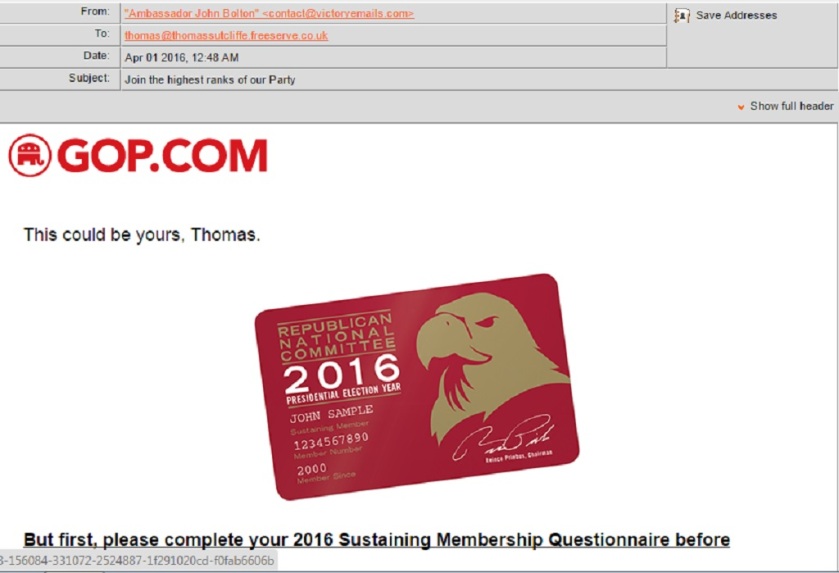 The Gun Obsessed Plonkers (GOP for short) have made a spectacular blunder here:

How someone came to perpetrate a bloomer on this scale I do not know, but it did provide a laugh.

A FEW LINKS TO FINISH

First up from the Daily Mirror comes this story about how putting a kiss at the end of a letter was enough for the DWP to question the professionalism of an MP.

And at the very end, a link to a piece by Mike Sivier of Vox Political about what Labour is doing to attempt to save British Steel, and a follow-up link to a petition on the same subject that has already garnered more than the 100,000 signatures needed for a debate in Parliament: