Two birds of different species exhibiting similar behaviour (which I have previously only ever observed in cormorants).

This is whimsical little post inspired by an odd coincidence I observed while out walking yesterday.

While I was out walking yesterday afternoon I saw a Muscovy duck in the stretch of the Gaywood River that is currently serving as home to a small colony of these unusual visitors to our shores posing in the fashion that cormorants sometimes so (for an amusing take on this see Anna’s recent cormorant drawing). Here is a composite picture featuring both posing birds:

An account of a walk, some final thoughts on the IDS resignation, some very brief comments about the six nations and some stuff about the World T20 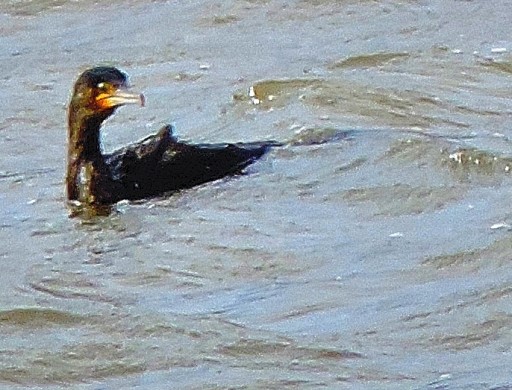 With my parents and my aunt away I have been left to my own devices this Sunday. So I am producing this post which features the World T20, a short section on the most despised British minister in living memory (yesterday I posted to links to pieces here and here), and today I am making my last comments on him, and what I shall be starting with…

The live commentary from the World T20 having finished and it being sunny outside I set off for a long walk, starting as so often by heading to the river via the Purfleet. 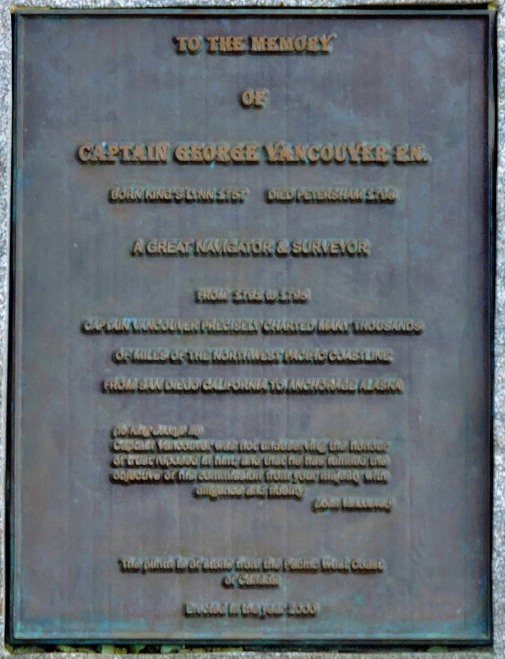 Not designed as a bird perch but clearly works well!

The river front, from the Purfleet to the Millfleet was, as one would expect on a Sunday, quiet, although the survey boats were still in evidence.

The cormorant in flight above leads on to my efforts to capture a swimming cormorant (even more of a challenge, because if they are in the water they are usually looking for food, so surface only briefly between dives but…)

After this shot where I caught the dive… 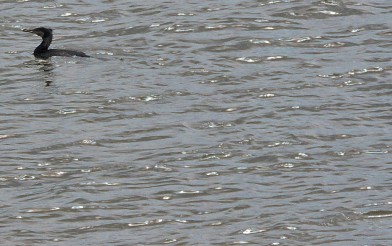 Came this one where I got the timing exactly right.

Old Boal Quay provided nothing of interest, but ‘cormorant platform’, the Nar outfall and the stretch of the Great Ouse adjoining Hardings Pits did… 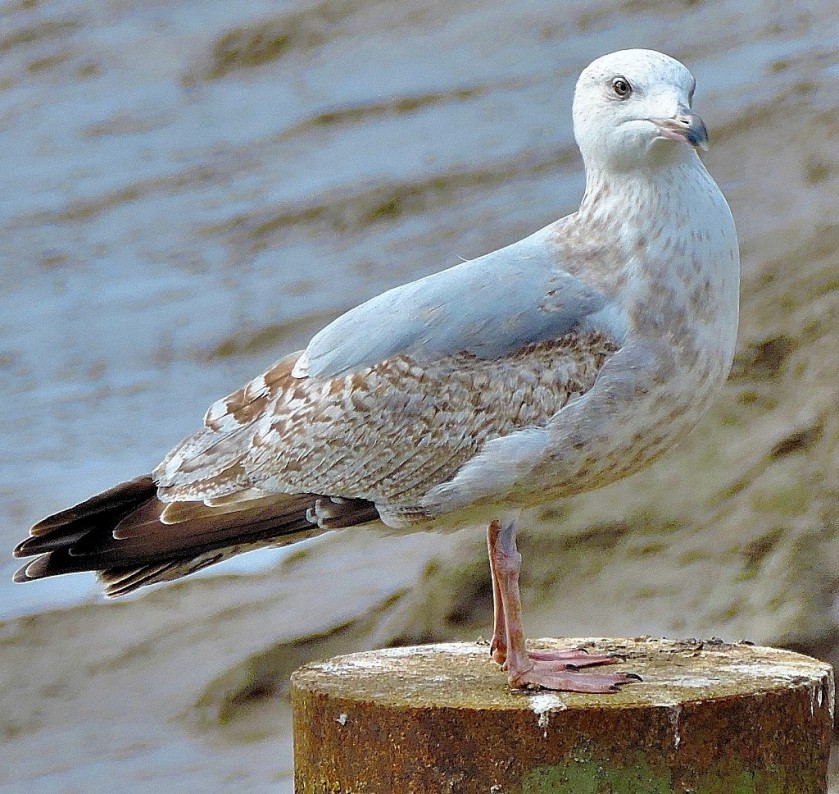 Neither Harding’s Pits nor the area around St John’s Walk offered very much, but I did get these pictures between the river and hitting the path along Bawsey Drain to to the town centre…

I walked about halfway along the path that follows Bawsey Drain before crossing a bridge and heading through a field and round the edge of another to a couple of ponds, from the second of which a path leads to Littleport Street, and thence a cut a know well that brings on to the train station and finally home. 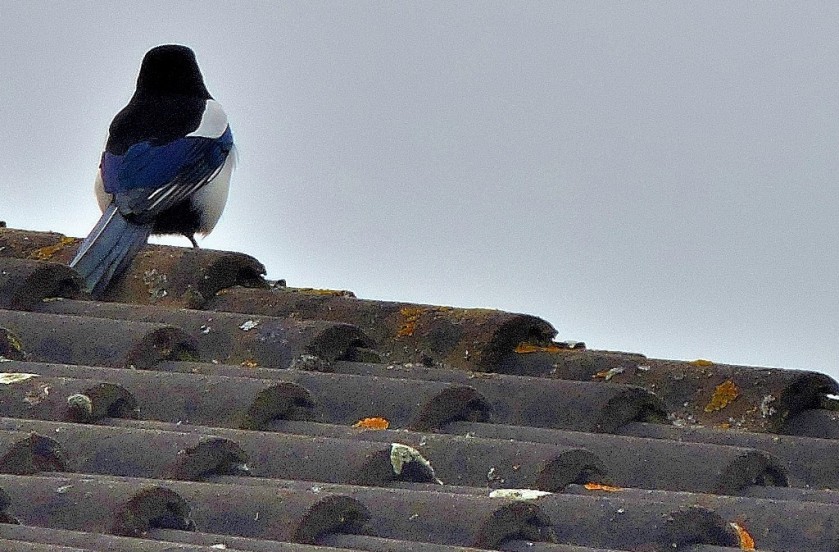 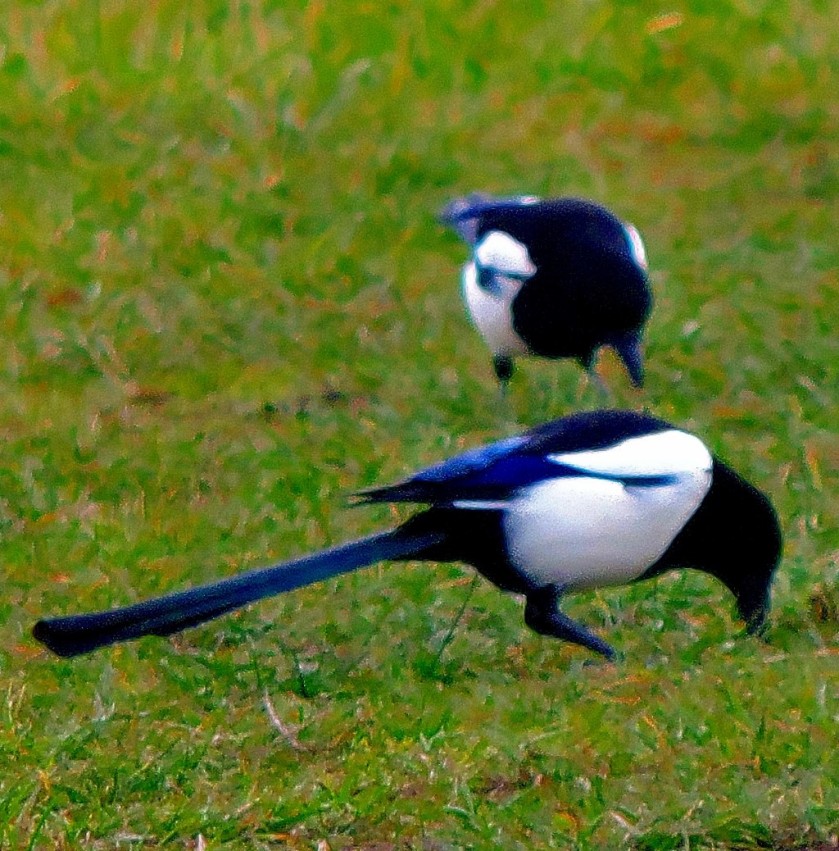 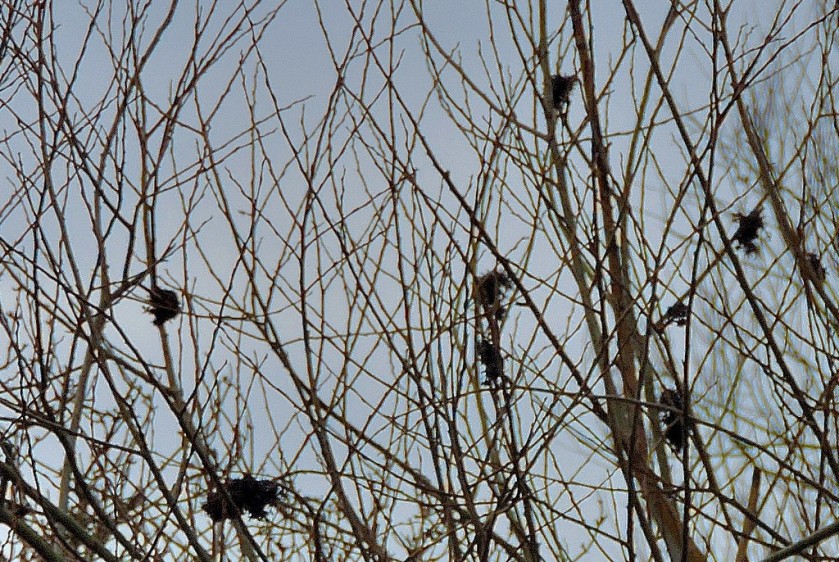 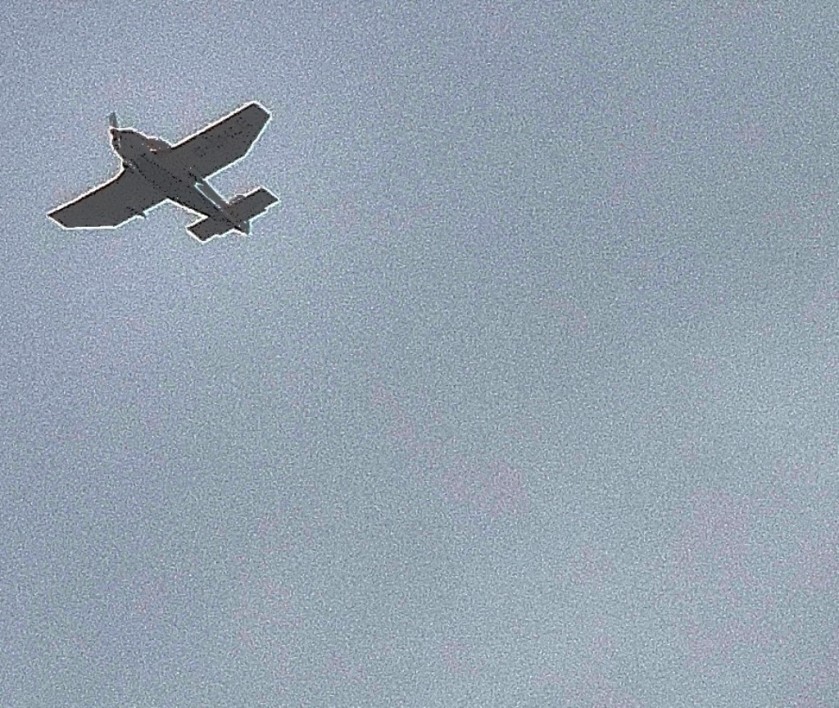 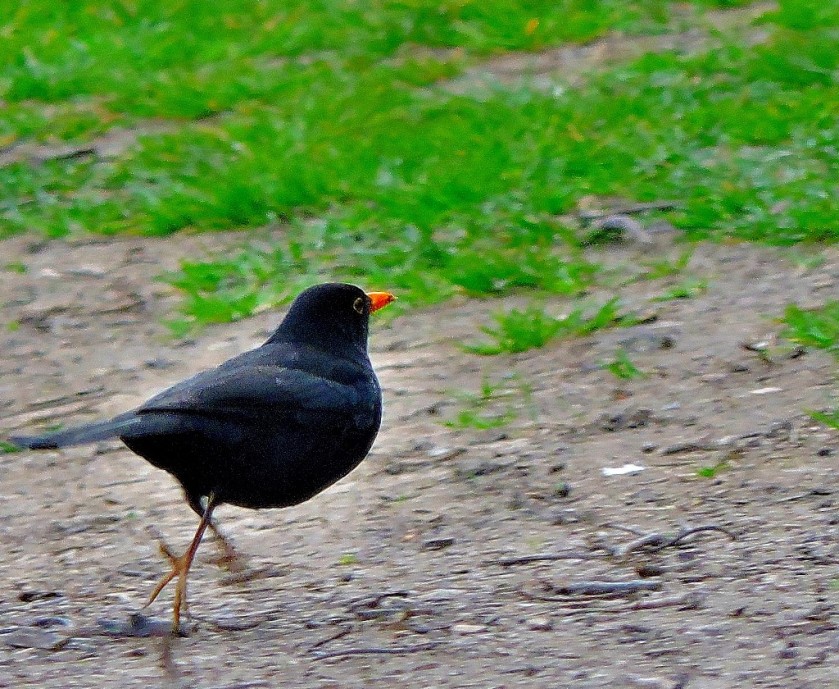 THE END OF THE
INHUMANE DESPICABLE SOCIOPATH

Yesterday morning I woke up to news of the resignation of the most hated of all British government Ministers. His resignation statement was obviously bogus since it mentioned conscience (which he has never possessed). The most popular explanation was that it was a kind of ‘IDS of March’ act with Osborne’s being the back into which the dagger was being plunged. Others thought that it was to enable him to concentrate on campaigning for a ‘Brexit’ vote.

Signs are not encouraging as regards his replacement – Mr Crabb (for he it is – a sideways move from his previous position of Welsh Secretary – sorry about the pun) has a voting record similar to that of the man he replaces. Mr Crabb can hardly fail to be an improvement (that is not so much setting the bar low as not setting a bar at all) but he may very well not be much of one.

Sport usually occupies the back pages of print media, so I have put it at the back of this post. First a brief congratulation to England for completing their six nations grand slam (as with Wales’ obliteration of Italy – 67-14 – and Ireland’s win over Scotland the result was no great surprise). The rest of this section is dedicated to the

This is going be longer than such a section would usually be because of this post which appeared on whyevolutionistrue yesterday. As you will see, this attempt at an explanation is too long to submit as a comment to someone else’s blog. We start with a glossary of a few important terms:

Innings: can either apply to an individual performance or to the team performance. In a cricket context the singular and plural are spelled the same way – ‘inning’ has no meaning.

Over: A fixed number of legal balls (these days six, though at various times in cricket’s long history four, five and eight have been favoured) that the bowler delivers before the action switches to the other end and another bowler.

Run: The unit in which a team score is measured. It is based on running the length of the cricket pitch, which is worth one. Balls that reach the boundary score four (if they bounce before doing so) or six (if they cross on the full).

Wicket: The construction, comprising three stumps and two bails that the batter defends. Cricket is generally an eleven-a-side game, so each side has ten wickets to defend (as there have be two batsman together).

The World T20 is genuinely a world tournament (unlike some sports, cricket only uses international designations when they are genuinely appropriate!), with the full member nations of the ICC qualifying automatically, and the ‘associate members’ playing a pre-qualifying tournament from which some make it to the main event. The T20 part of the format refers to the format of the matches, where each side gets 20 overs to bat, and bowlers are limited to four overs each (so you better have at least five folk in your team who can bowl decently). Scoring in these matches is generally fast, though the England v South Africa match of a few days ago in which a South Africa tally of 229-4 proved insufficient was exceptional even for this format. The India v Pakistan match that provoked the google doodle which in turn provoked the WEIT post had extra spice because of the political situation which also means that those two countries only ever play each other in global tournaments, never in bilateral series. For the record India won, not without a few scares along the way. This morning GB time there was a match between South Africa and Afghanistan, won by South Africa but with the Afghans giving a very good account of themselves.

This post was inspired by Anna of Anna’s Art who put up this post about painting rocks to turn them into Christmas presents.

While I would be very unlikely to produce anything worthwhile by painting rocks as I have no talent for that sort of things many people have noted that I possess a talent for photography, and at mother’s suggestion I used this to design calendars for use as Christmas presents. Here are some photos of the completed calendars, made to my specifications by Vistaprint:

Save for the front cover which does feature a composite image all the photos used were single pictures, and with no exceptions all were of things seen within walking distance of my flat in central King’s Lynn. Those of you who follow me on twitter will recognize the August photo, because that forms the basis of my current thank you message.

Maybe you have a talent that you can use to produce presents that only you could provide.

It was the best of days, it was the worst of days: as so often the King’s Lynn weather could not quite decide what it was up to.

The two rivers of my title are the Great Ouse and the Nar, both of which I walked along some of yesterday. Rumours the spring is  upon us may not be so far wide of the mark – I saw a privately owned boat at the Jetty on the Great Ouse in King’s Lynn…

A brief diversion to check in on my Aunt’s place in her absence, revealed that even the most familiar of surroundings can spring surprises – this cannon ball in the entrance way to Hampton Court that I had not previously noted…

“Cormorant Platform” revealed no cormorants, but some other sea birds…

I continued along the riverbank further than usual, passing the new road bridge (before this was built the river could be crossed either by ferry or by taking a 12 mile detour via Wiggenhall St Germans, and paying a punitive toll to the Barons of Rising – the ruling class were even more open about fleecing us in those days!) finding more stuff to photograph…

The Nar Valley way runs almost interrupted (save for the bit where it intersects with the Nar Valley Park development) from King’s Lynn to Dereham, so once I had hit the Nar I could follow it to the South Gate, and which point I diverged to head home through the parkland…

I had a go as a kind of tribute to this blog’s latest follower, Charlotte Hoather, at creating a ‘playlist’ to fit my themes:

The Birds by Ottorino Respighi, The Lark Ascending by Ralph Vaughan Williams,The First Cuckoo in Spring by Frederick Delius,The Banks of Green Willow by George Butterworth, Symphony no 6, The Pastoral by Ludwig Van Beethoven. As well as these there were naturally a couple of famous ‘river’ pieces the sprang instantly to mind, Vltava (Bedrich Smetana) and the Blue Danube (Johann Strauss II) – The Great Ouse when the sun is shining is bluer than the Danube ever is (and I have seen both).

The wind was sufficiently high for there to be waves on the Great Ouse, the sky at its best was leaden, and still I managed two walks around King’s Lynn today, one either side of lunch which was at the new Mediterrenean restaurant on King’s Lynn High Street. I have some good photos  for you (albeit still with my second best camera)…