An account of the 2018 Launch of the National Garden Scheme prefaced by the Autistic Bill of Rights and a petition to save Morley House Respite Unit.

This post in entirely autism focussed, so the text is in #RedInstead. I will build up to the account of the 2018 Launch o the National Garden Scheme, which will occupy most of the post. First, to set the scene for all the follows, stimtheline’s Autistic Bill of Rights:

Morley House Respite Unit plays a vital role in the lives of many autistic people and their families in the West Norfolk area. It is now facing closure. Jessica Kibble, a volunteer with NAS West Norfolk, has created a petition on 38 Degrees against this planned closure. At the moment, less than two full days after launch there are just short of 600 signatures, which is a respectable start, but we need more. Below is a screenshot of the petition homepage, and by clicking it you can sign and share the petition: 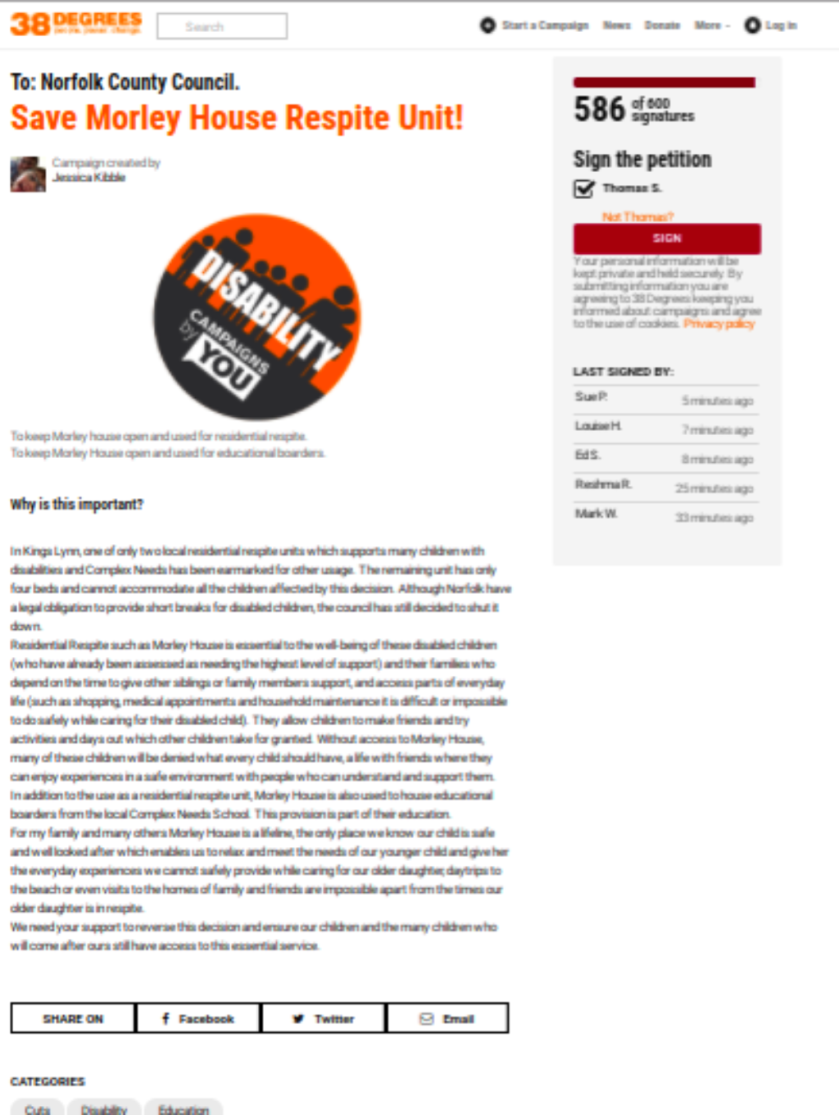 THE 2018 LAUNCH OF THE
NATIONAL GARDEN SCHEME

NAS West Norfolk have an allotment/ sensory garden in West Lynn for which we received a grant from the NGS. As beneficiaries we were invited to be present at their 2018 Launch Eventm which took place today at Houghton Hall.

For various reasons the only person able to be present on behalf of NAS West Norfolk was me. Being represented by one person is not ideal, but with that one person being me it did ensure that there was some genuine autistic presence at the event.

The arrangement was that I would catch a bus from King’s Lynn to the point at which the road from Harpley joins the A148, where I would be collected by car and driven up to the hall (many thanks Julia for making the arrangement and Gus for collecting me). I had initially being thinking in terms of the 8:45, arriving at the Harpley turn at approx 9:10 if it runs to time, but last night following a suggestion that this was too early I changed plans to aiming for the 9:45 bus, about which I had certain misgivings (through long experience I have developed Diogenes-esque levels of cynicism as regards British public transport running to time).

I was at the bus station with everything I needed in good time, and, mirabile dictu, the bus arrived when it was supposed to. That unfortunately ended the good news. At Gaywood, rounding the curve near the clock tower, an impatiently driven lorry got too close to the bus and damaged one of the external mirrors. The driver had to inspect the damage to see how serious it was, and that was over ten minutes gone with no prospect of any it being made up in the rest of the journey. Fortunately, my delayed arrival at the Harpley turn was not sufficient to actually make me late for the start of the event (10:30), but it was a closer thing than it should have been.

There was a table for me to set up the NAS West Norfolk display board, leaflets and some of my own personal cards, and refreshments were laid on for free (I consumed some of the sausage rolls, which were excellent, and some ginger cake, and also, having been invited to do so, took some more cake away with me). 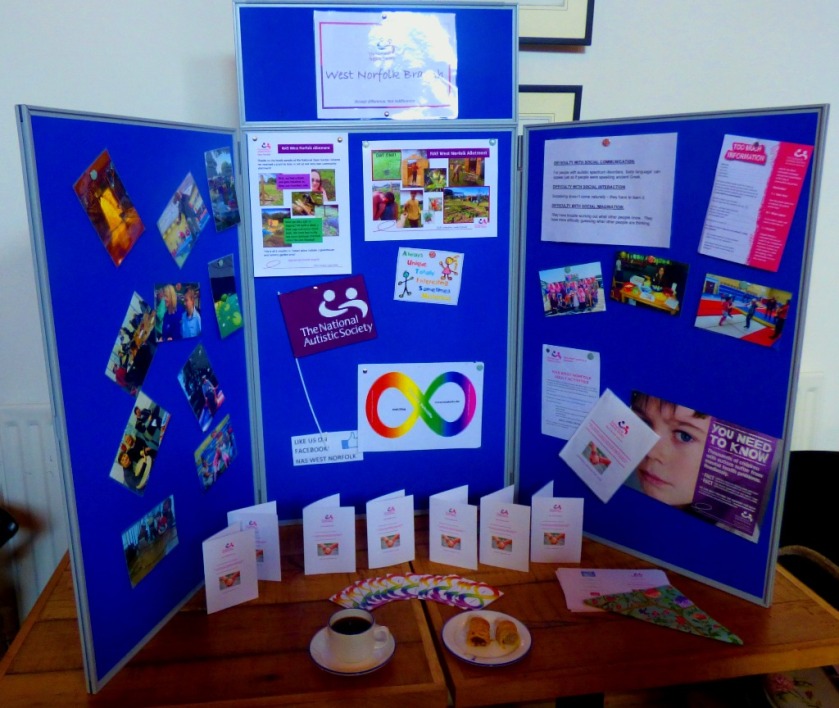 Marie Curie Cancer Care were present as major beneficiaries of the NGS, and there was a display showcasing a sensory garden in the Dereham area. Julia, gracious host of our 10th birthday Garden Party, introduced the speeches. There were four speeches by people from Marie Curie Cancer Care, and at the end Lord Cholmondeley (pronounced as ‘chumly’), owner of Houghton Hall, said a few words. 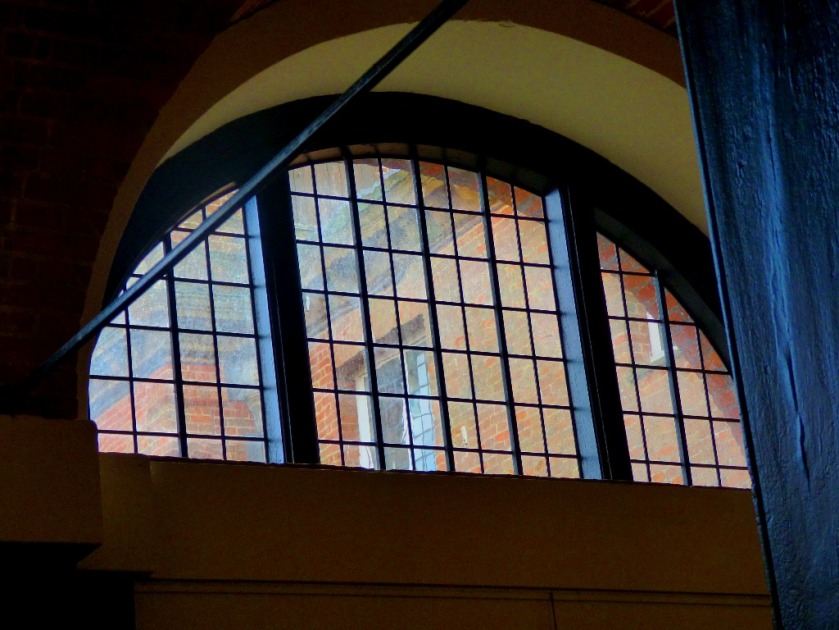 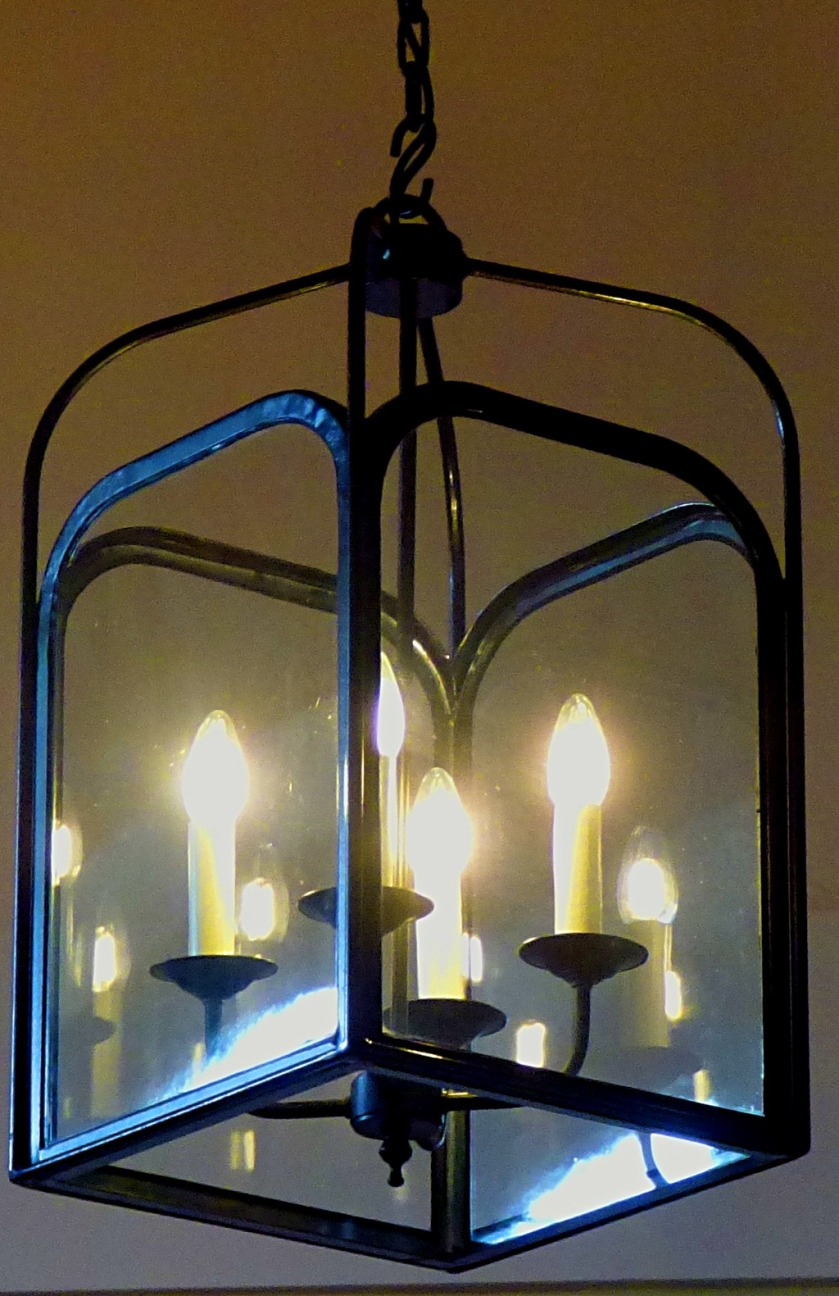 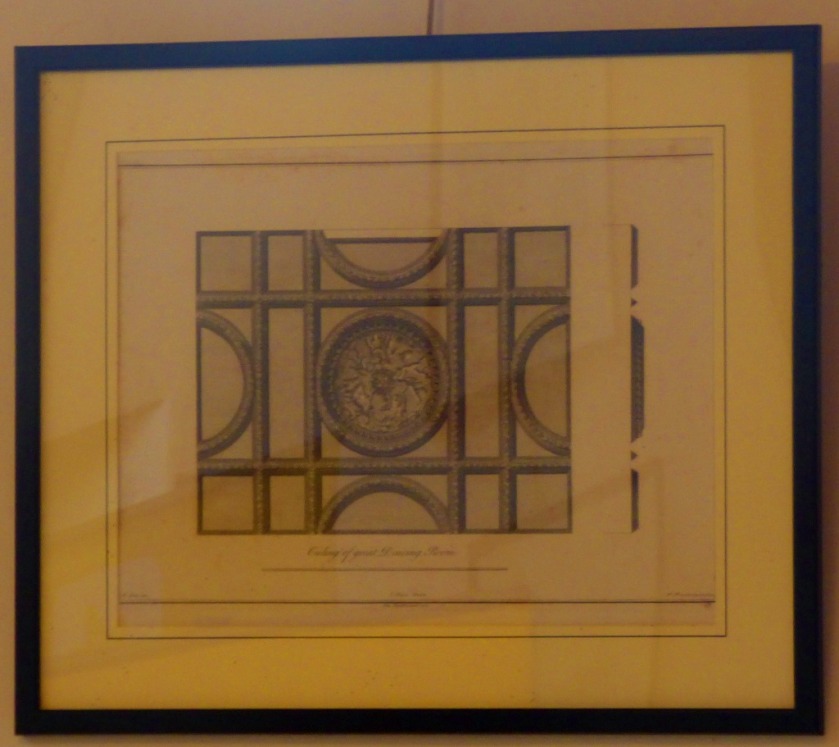 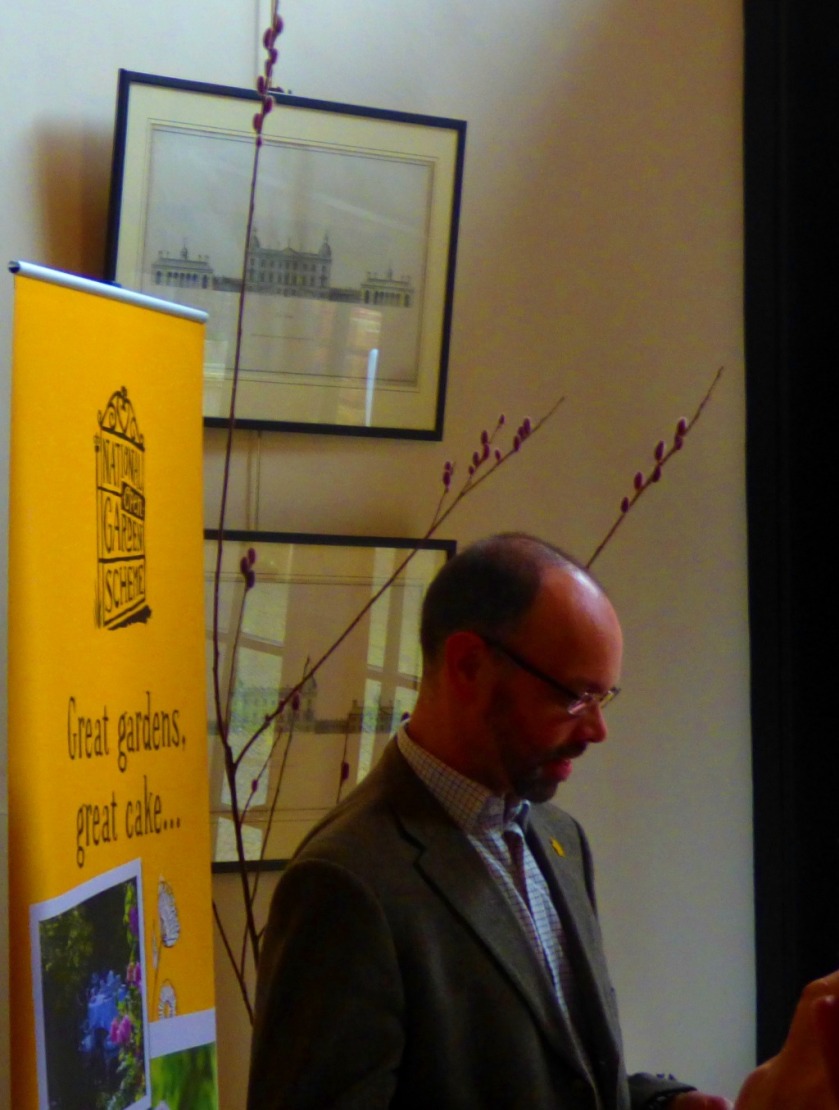 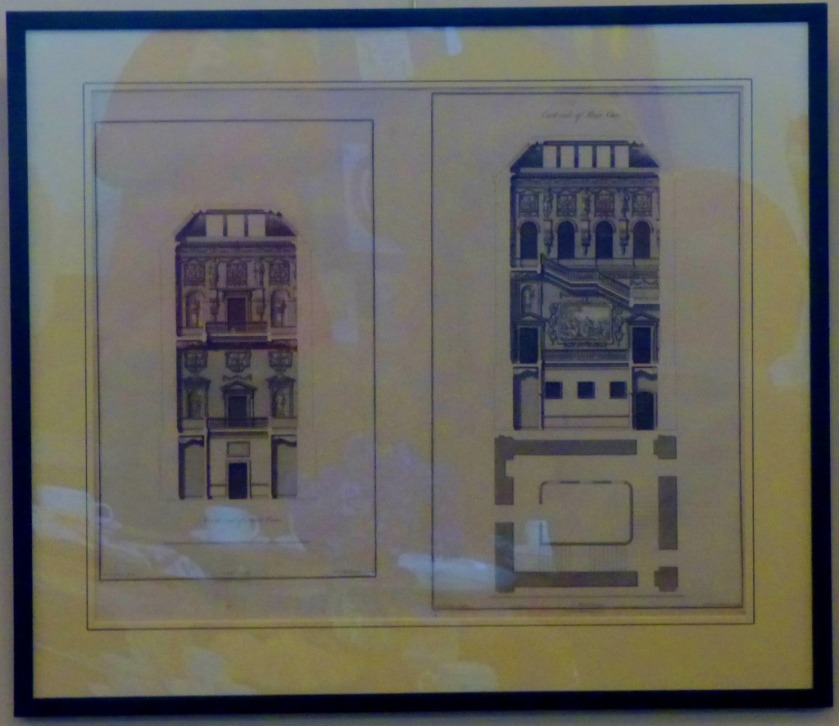 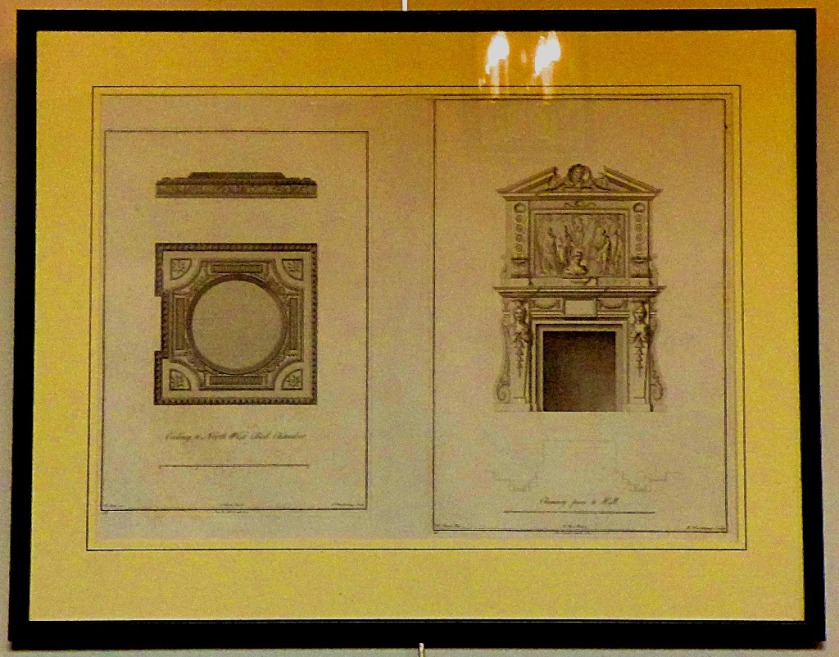 In her role introducing the speeches Julia had very kindly mentioned the NAS West Norfolk presence, and many people came to the stall to find out more. Of course this was delightful, but it was also challenging (though I am fairly confident that the only person present who knew just how challenging I was finding it was me). Our branch chair Karan had hoped to be present for the last stages of the event, which would enable her to give me a lift back and to collect the display board for Friday, when a visitng speaker will be giving talks on autism and puberty at a venue near the Hardwick Industrial Estate (unless something else intervenes I will be present for the evening talk). She arrived at about quarter to twelve, which gave me an opportunity to look at the gardens. 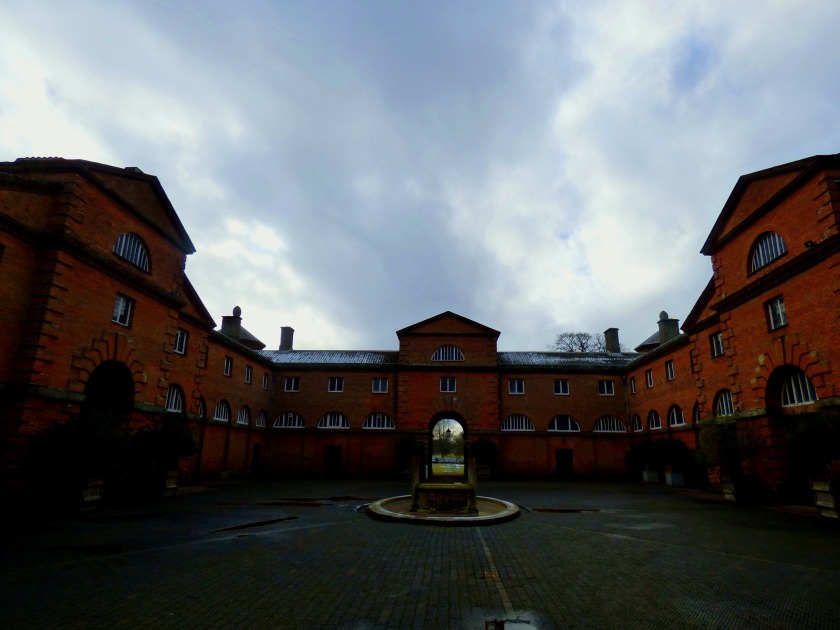 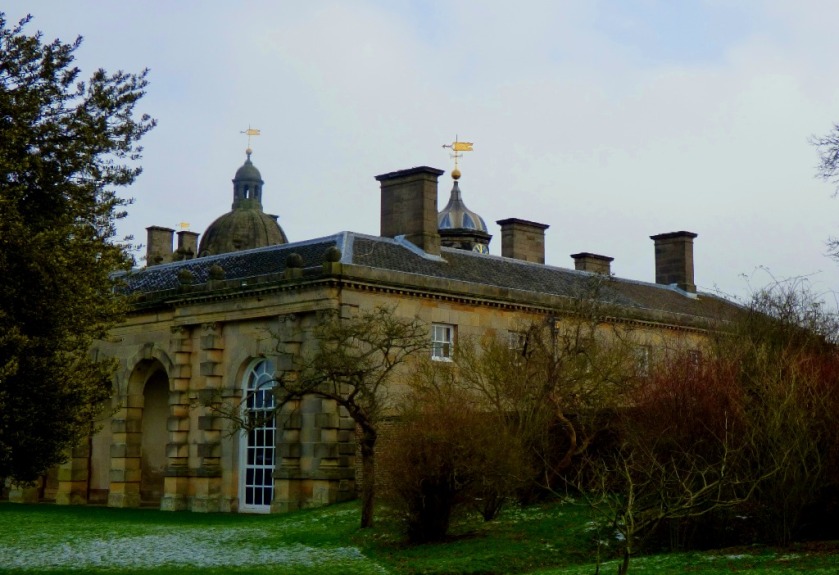 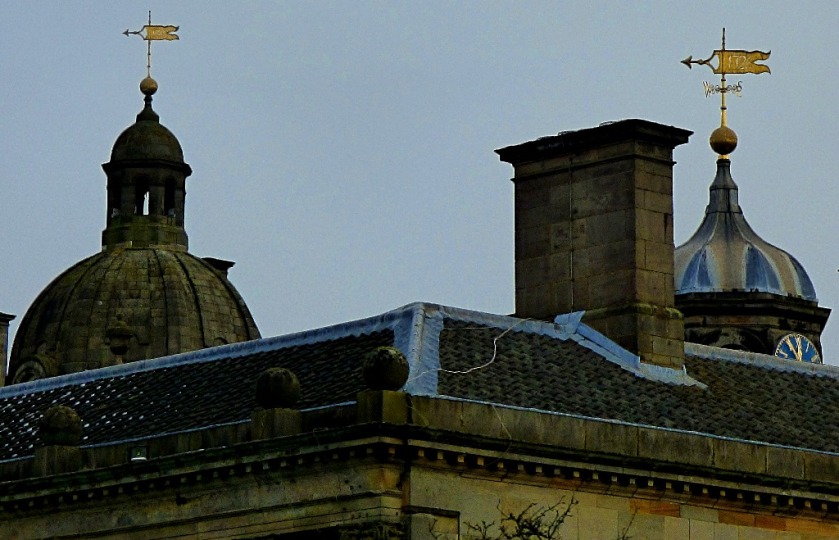 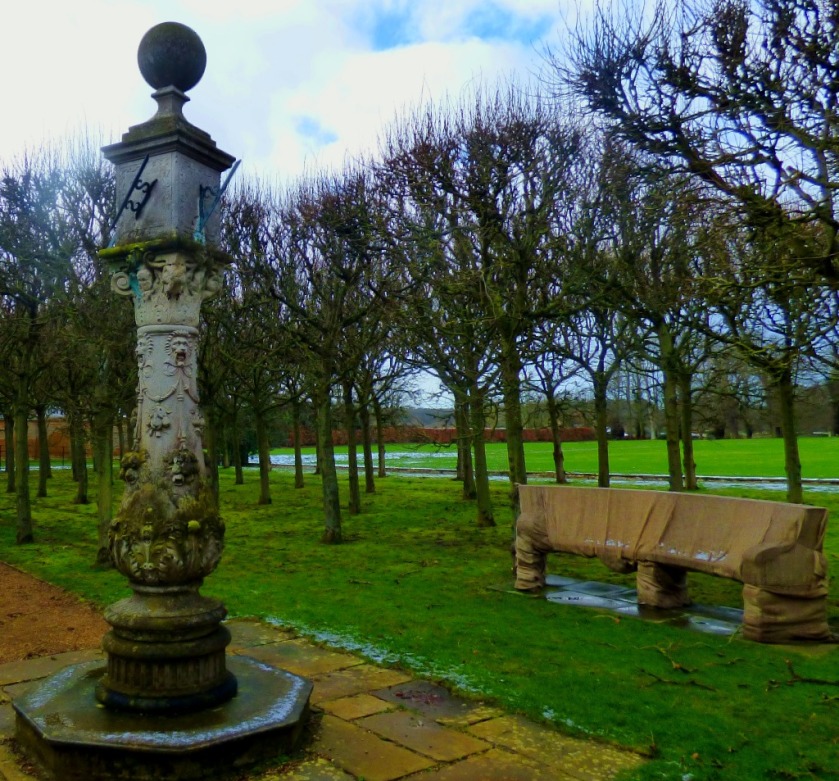 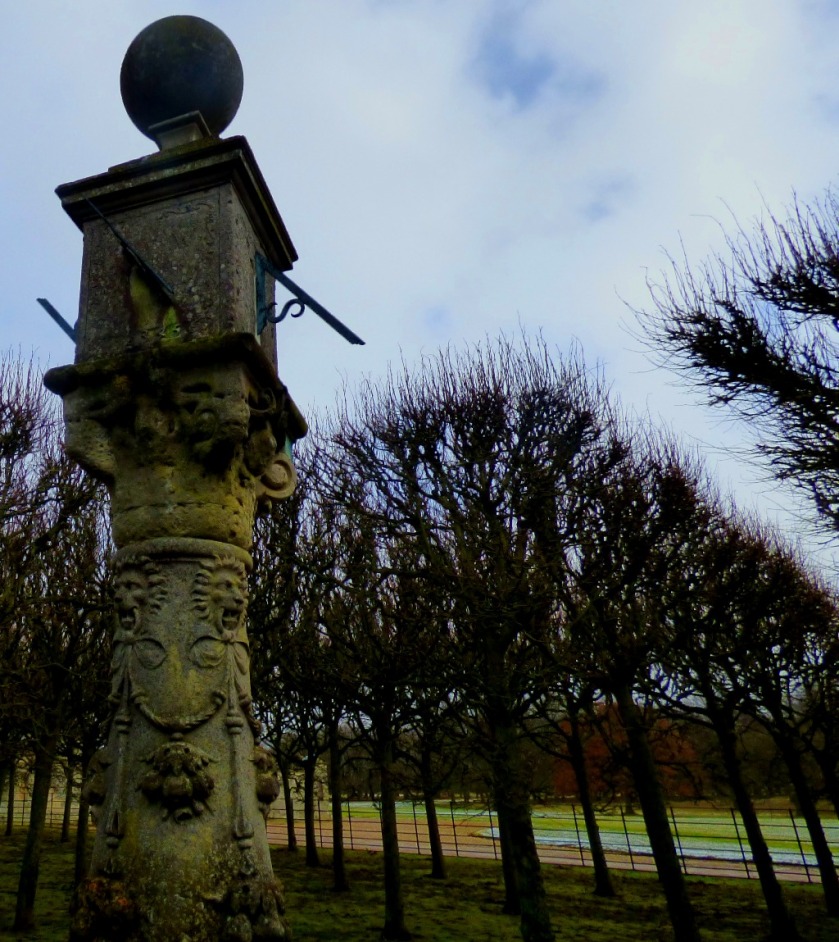 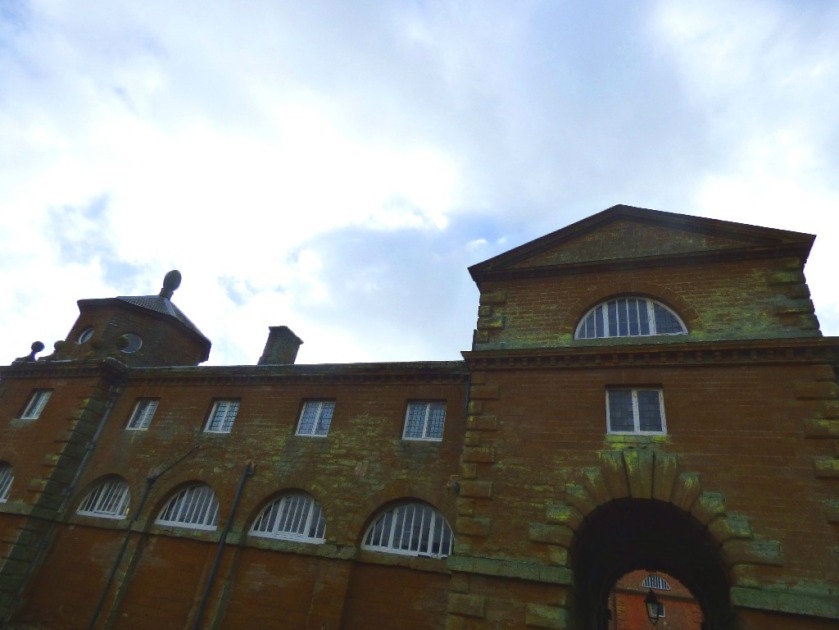 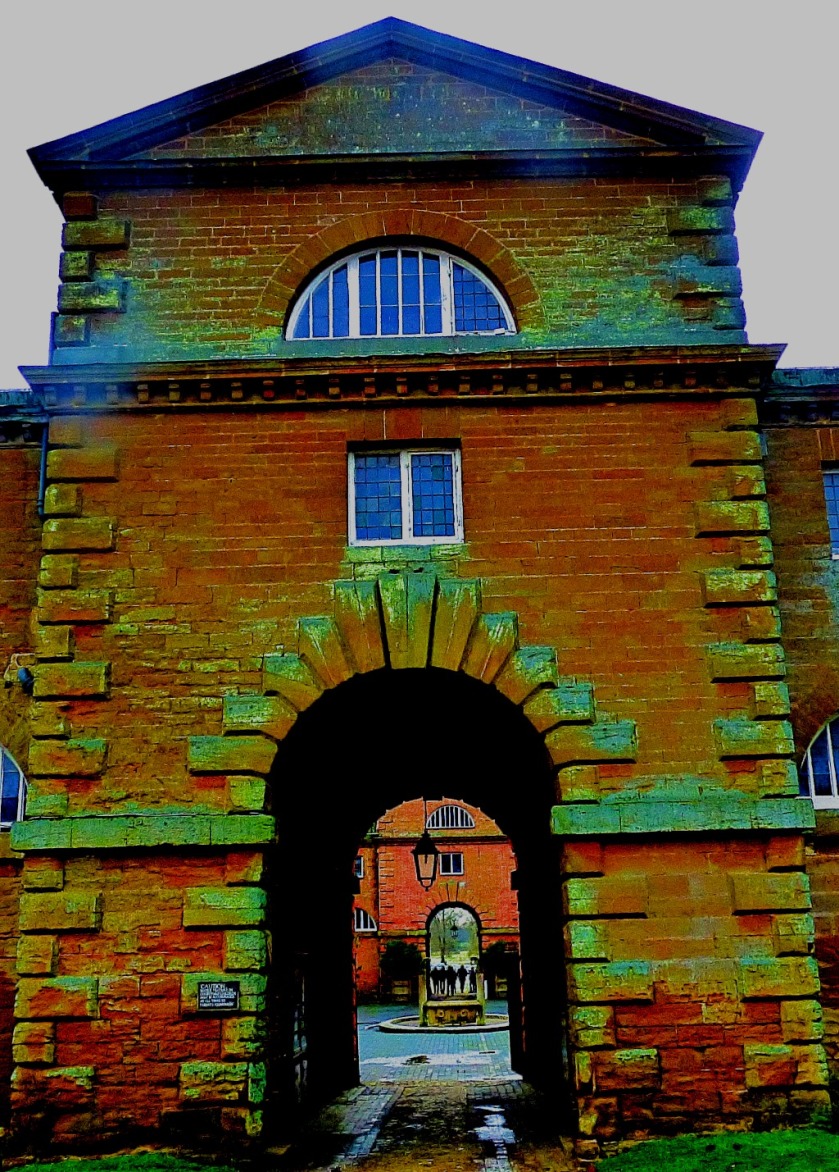 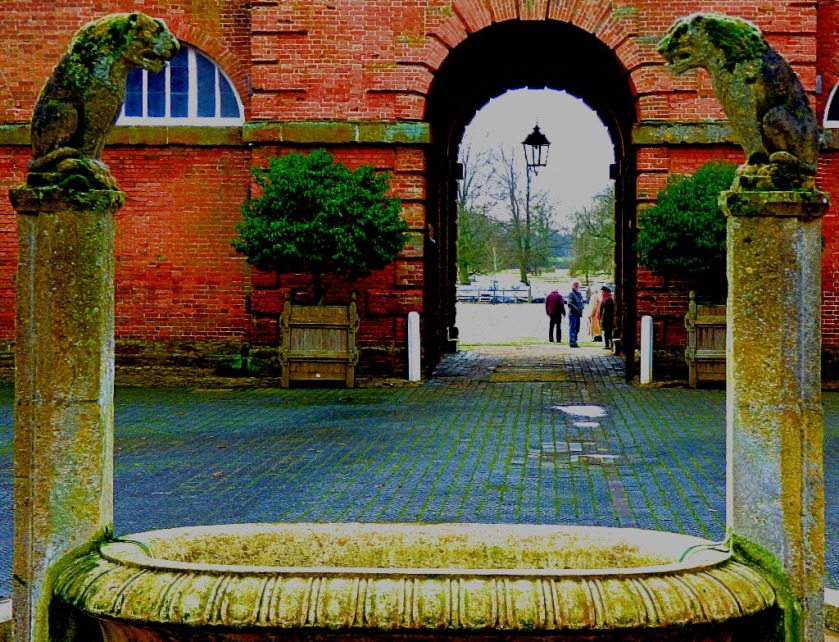 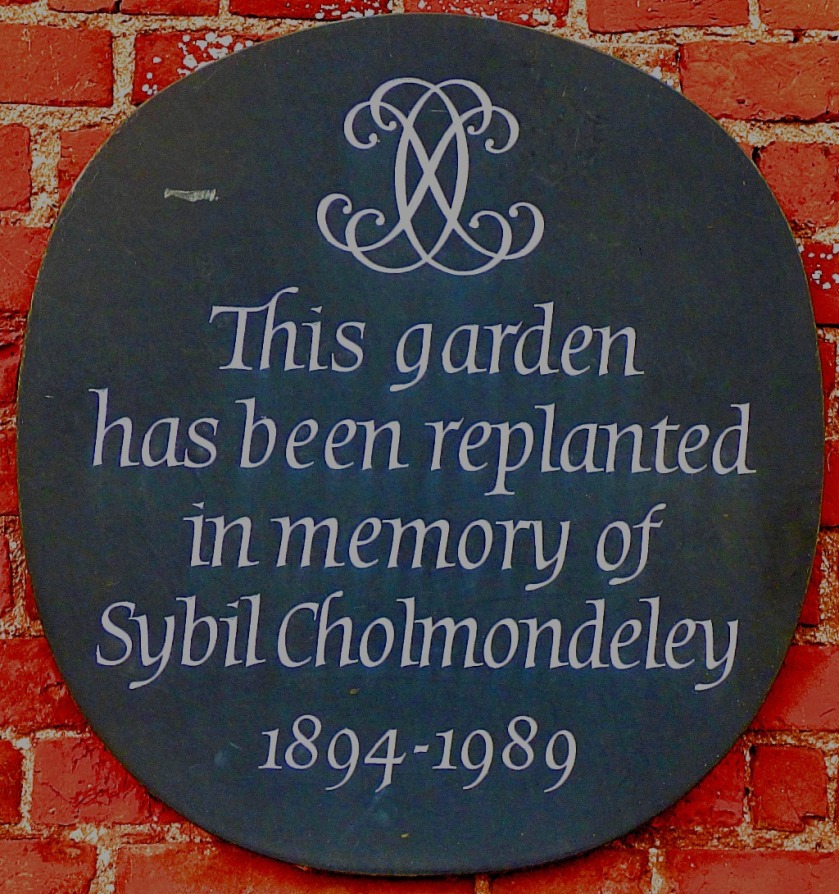 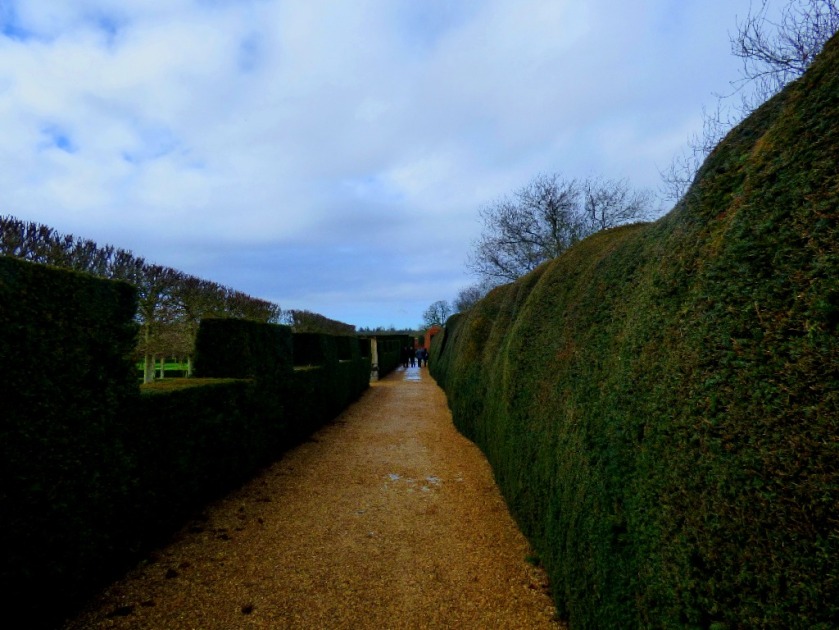 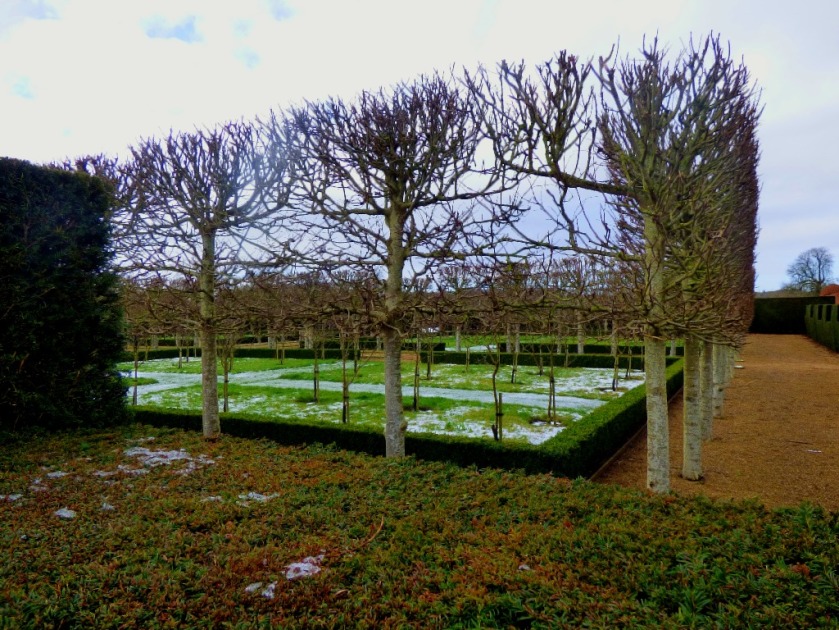 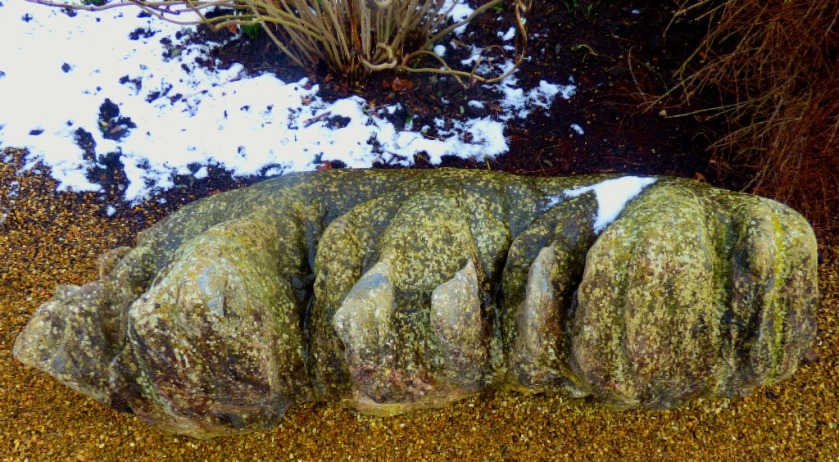 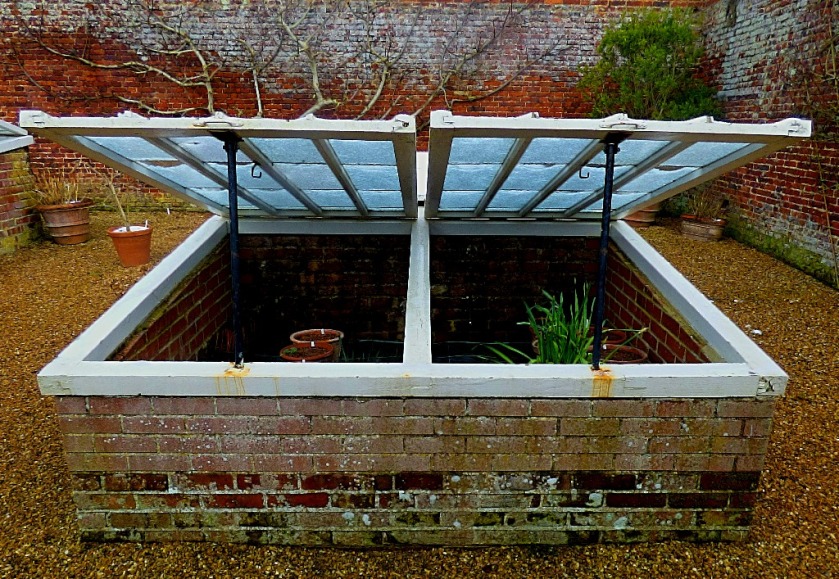 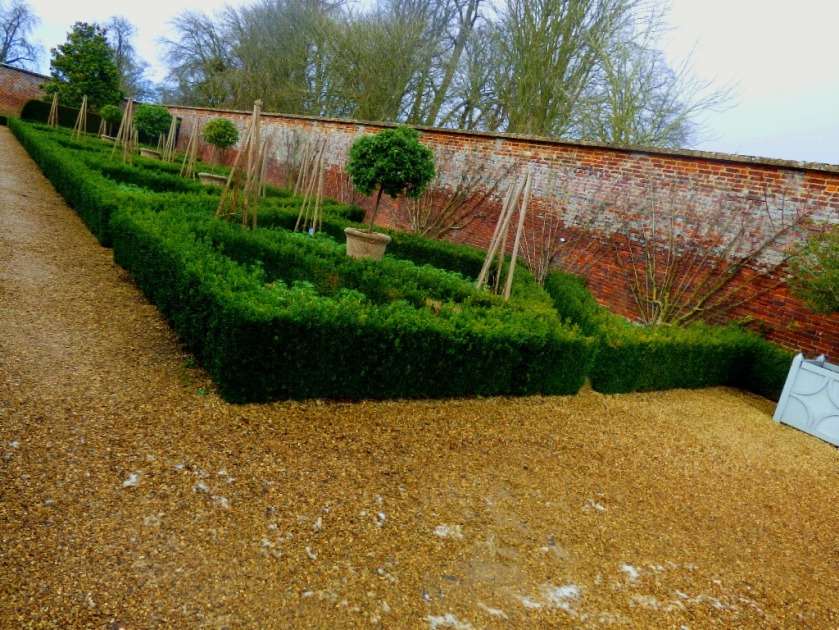 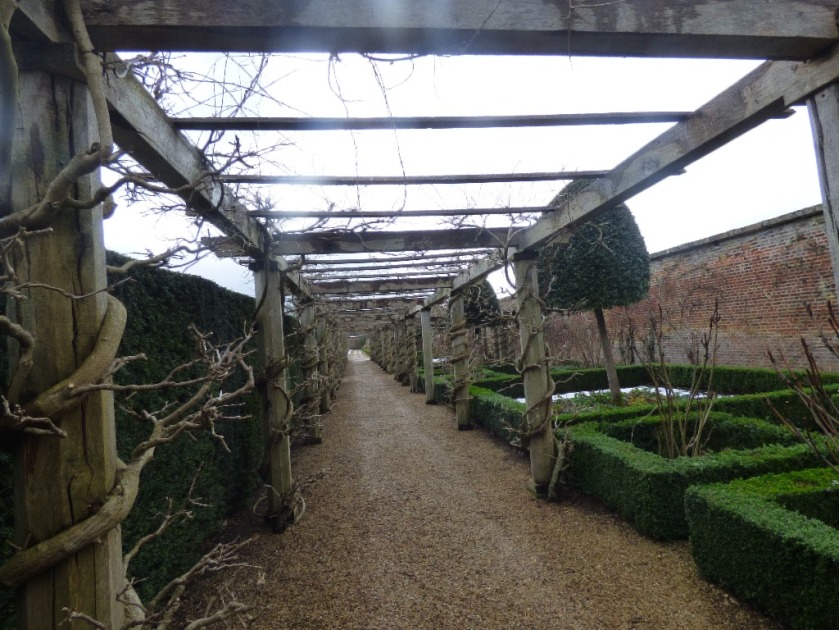 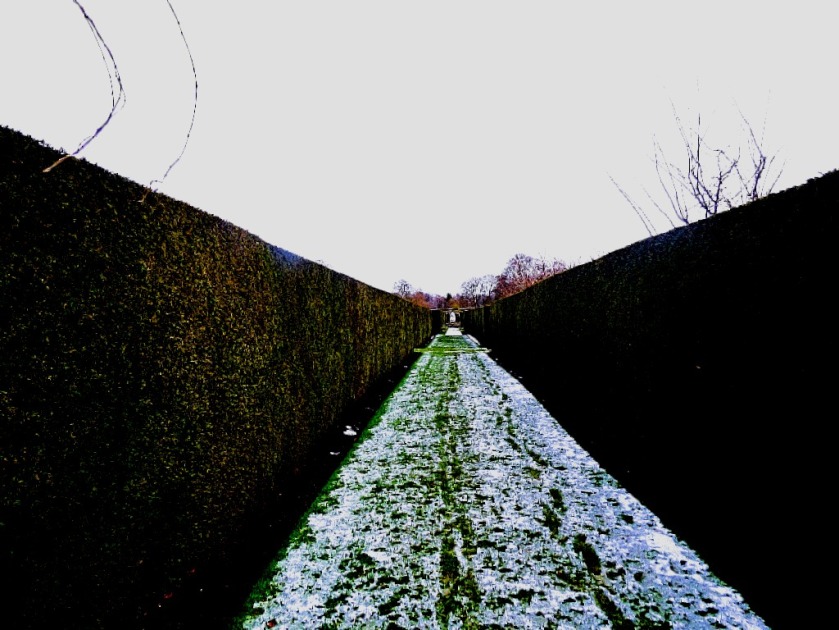 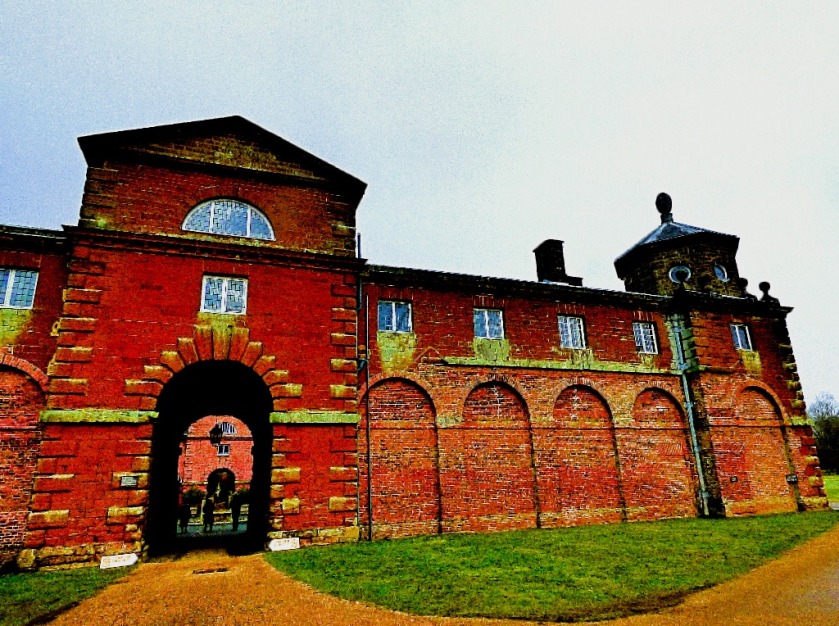 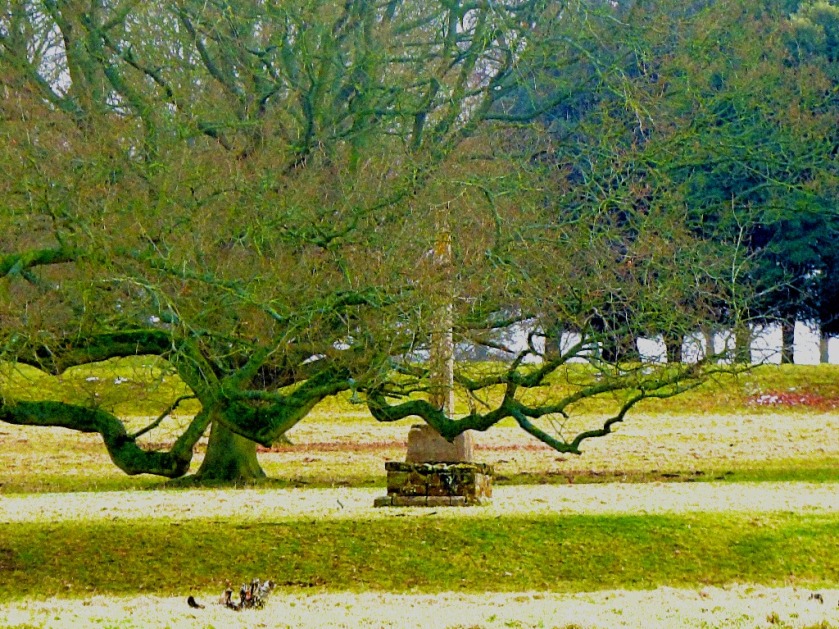 The journey home had a delayed start, because the field in which visitors cars were parked proved to be too muddy for most of said vehicles to handle. Karan’s car was one of those that needed a tractor-assisted start (I will endeavour to remember this next time I find myself travelling behind a slow-moving farm vehicle!). One underway however, our return journey passed without incident.

5 thoughts on “An Important Petition and The 2018 NGS Launch”