The title of this piece comes from an article on www.indy100.com although I am sharing many other things besides that, including some of my local photographs. However before I get into the main meat of my post there is one other matter to attend to:

In a recent post I identified a bed of yellow flowers as daffodils. It has since been brought to my attention that they were in fact yellow crocuses. I apologise for the mistake, and please note that I am not resorting to the equivalent of putting the apology in six point type somewhere in the middle of of page 27!

Reading this article put me in mind of Anna’s recent post “No 17 drawing in my goals for 2017” where the drawing is about a group of people stranded in space looking for another planet to replace the one that they had to leave behind because they messed it up too badly. Click on the image below to read this important and sobering article. 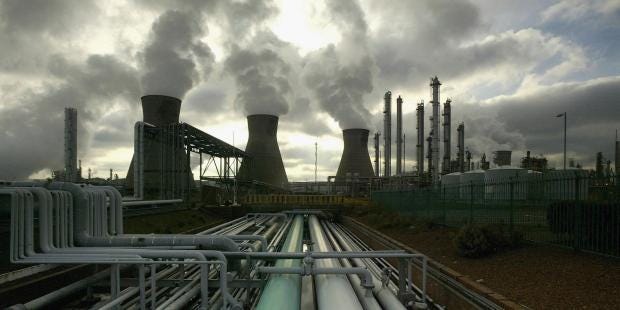 I usually reserve stuff about London transport for my London transport themed website http://www.londontu.be, where indeed I shared the second piece in this section yesterday, but I felt these two bits should also be shared here.

Laurie Penny has turned her fire on private cab hire firm Uber, and the result is a devastating article in the Guardian, which I hope will succeed in weaning a few people off this vile organisation. Please read the article in full please click on the image below. 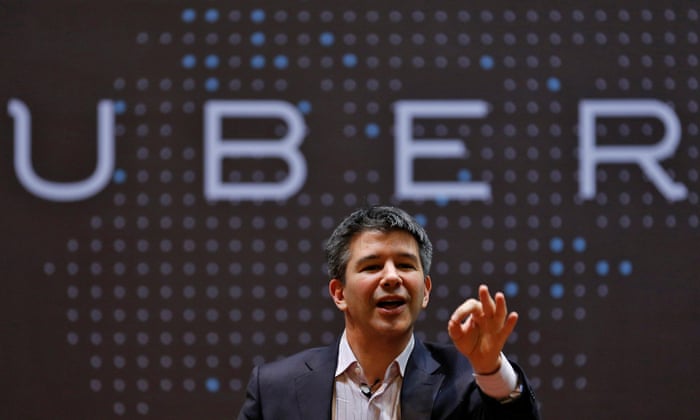 TUNNEL ARCHAEOLOGY AT THE MUSEUM OF LONDON

The central section of the Elizabeth line (nee Crossrail) cuts through London on an east-west axis, and there being no space on the surface it also cuts vertically through millennia of history. It is this latter that has led to the creation of a new exhibition at the Museum of London showing the best finds unearthed during the building of the line. Accompanying this exhibition is a short video, embedded below. After the video are links to more about this and about the Museum of London.

PAYING MORE BUT GETTING LESS

This is a petition put together by Going to Work which calls not only for affordable affairs on our railways but also for a fully publicly owned and publicly accountable rail network. To view, sign and share the petition please click on the screenshot below:

Here are some pictures from in and around King’s Lynn:

Here is a truly international link – a Brit sharing a post written by a New Zealander about the USA. Heather Hastie has carried out a typically thorough comparison between the Pew Research Centre’s findings of three years ago and of just recently. Please read Heather’s post in full by clicking here.

A TRIO OF SCIENCE PIECES

The first two pieces in this section were initially posted on whyevolutionistrue starting with a piece drawing on the work of Pliny the in Between, who runs a website called The Far Corner Cafe, and of a doctor who posts under the name of Orac on scienceblogs, whose piece can be read here, to demonstrate that Chiropractic is not merely nonsense, but dangerous (indeed potentially fatal) nonsense at that. Jerry Coyne, creator of whyevolutionistrue (it takes its name from his landmark book of that title published in 2009), has received many hostile comments in response to previous pieces he has written that are critical of Chiropractic. To read this piece in full please click on the image below, the first in a series of five drawings from Pliny the in Between that were used to illustrate the post.

Second of the trio, again courtesy of WEIT, is a piece linking to a paper published in the journal Nature that mentions the discovery of potential traces of life in sediments that range in age between 3.77 and 4.28 billion years (the earlier end of the scale being about as early given what is known about our planet’s turbulent beginnings as life of any sort could have taken hold). To read the post in full and possibly move from there to reading the paper in Nature please click on the image below:

The third in my science trio comes from the Smithsonian and has the self explanatory title “NASA Wants the Public to Log In to Help Find Plant 9”. To read the piece in full please click on the image below.

A SATIRICAL PAMPHLET
FROM UNLOCK DEMOCRACY

To read this pamphlet from Unlock Democracy  in full please click the screenshot of the cover below:

This set of pictures are of items that will be going under the hammer in James and Sons’ March auction, a full catalogue listing for which can be viewed here.

Some stuff about putting pressure on MPs, some photographs and some general links.

As well as the stuff relating to Sir Henry Bellingham, MP for Northwest Norfolk and therefore my local MP I have a few other links and of course a selection of photographs. Also before I move into the main body of the post I start with…

In my last post but one I described one the birds I had photographed as a long-tailed tit, when it was actually a pied wagtail. I have as those following the link will note made the correction to the original post, but I am not going to settle for the blogging equivalent of a correction notice in 6pt type at the bottom of page 27!

TACKLING THE MP 1: AN UNSATISFACTORY RESPONSE

I recently contacted my MP as part of a campaign brought to my attention by Alex Runswick of Unlock Democracy. Here is Sir Henry’s utterly predictable and deeply unsatisfactory response to my message about Propotional Representation:

Thank you for contacting me about Proportional Representation (PR).

I am afraid that I do not agree with your views on PR, and fully support First Past the Post (FPTP). This tried and tested system ensures stability and clear governance,
preventing disproportionate influence by minority parties with minimal public support, who typically end up holding the balance of power in PR systems.

The British people were clear on this matter in 2011. While the Early Day Motion suggests that the referendum is not relevant, it is clear that the verdict was not only
against the Alternative Vote system, but in favour of FPTP. The system is clearly well established and understood by voters, and also provides a very clear link between
constituents and their representatives in Parliament.

More often than not, FPTP results in a Government with a working majority in Parliament, making decisive government possible. It allows the formation of a clear opposition
that can provide an alternative to, and a check on, the Government of the day. The Government therefore has no plans to change the voting system for elections to the
House of Commons.

I note that EDM 591 endorses the principle of votes that count equally. This is exactly what is happening through the Boundary Review, which will equalise the size of
constituencies. As it stands, some constituencies have twice as many electors as others, and this cannot be right.

Thank you again for taking the time to contact me.

The reference to the 2011 referendum is particularly annoying, since the system on offer as an alternative was very nearly as flawed as FPTP. Also in 2011 we had not had the farce of the 2015 General Election which saw a party in receiving the votes of 24% of the electorate enabled to form a so-called “majority government”.

The Better Transport Campaign are seeking to get people to contact their MPs to gain support for a strong Bus Services Bill. For more details of what this is all about and if applicable to contact your MP (as I have already done, though not in my case with any real hope let alone expectation of support) please click the screenshot below:

Today was a nice sunny afternoon…

Rationalising the Universe have put up an excellent post titled Quantum Numbers. To see the full post click on the diagram illustrating the shapes of electron orbitals that I have included below as a sample:

Ficitional newsreader Jonathan Pie provides a pungent take on the Trump inauguration (be warned there is some seriously strong language):

Finally, to end on light note, here is a link to a Guardian quiz entitled “what is your travel identity?”. When I did it it told me based on my answers that I always followed trends and sought to be cool. Anyone familiar with either me or this blog will realise that this assessment is further off beam than a faulty Trident!

I have a few other things to share, but I will be starting this post with cricket.

BANGLADESH AND THE WEST INDIES

England’s men are in Bangladesh, currently endeavouring to chase down 278 to stay in the series and making a decent fist of it (107-1 off 19 overs – 169 needed off 31 for victory). This is not quite a full strength England, but nevertheless winning the series would be a considerable feather in Bangladeshi caps.

Meanwhile half a world away in the West Indies England’s women are tied at 1-1 in a five match ODI series, with the three remaining matches counting in the ICC championship (the first two did count, and please do not ask me to explain as working out the rationale behind such administrative decisions is beyond my capabilities). The two matches in this series so far have been low scoring, with the highest total in the four innings being England’s 149 in the first game. The West Indies are current world T20 champions, while England blitzed Pakistan in England this summer, so we have two sides who are used to success in action.

FROM CRADLE TO GRAVE

This is a new campaign that has been set up to defend the Welfare State from ever increasing attacks by the Tories. More details are available at:

A report from the National Audit Office has just come out revealing that even in crude financial terms the proposed Garden Bridge across the terms is a shockingly bad idea. In terms of its negative impact on the South Bank it is an even worse idea. Here are a couple of links for you to follow:

Our unelected prime minister Theresa May does not intend to give Parliament a vote on the details of Brexit. Many are dissatisfied with this display of arrogance. Alexandra Runswick of Unlock Democracy has put together a petition calling for a change of mind – click here for more details and to sign.

I end with some photographs. The photographs feature boats moored at the pontoon jetty, one of which had the name Cheetah Marine prominently displayed on its side…