In this post I am going to be sharing stuff relating to three topics, and also displaying some of my own photographs. The weather here is so spectacular at present that not only am I creating this post while sitting outside, I am wearing a t-shirt. I shall move on to my first set of shares, which are themed around…

The First Past the Post (FPTP) method of deciding elections has had its day. It works reasonably well when two parties hoover up almost all the votes (though even then, as in 1951 when the Labour party got more votes than any party ever in any British General Election still ended up in opposition because of how those votes were distributed), but when the two biggest parties as is now the case in Britain command just 65% of the vote between them it is an epic fail, with barely more than a third of the votes cast being enough on occasions to hand one party a “majority”. I have two images, both found by way of twitter, and a link to share with you.

The article to which I link is in the Guelph Mercury, and takes the form of a blistering opening letter to Canadian PM Justin Trudeau criticisng him for going back on his election commitment to electoral reform (Canada is one of only two democracies besides Britain which still uses FPTP – the other being the one that is so dysfunctional that Mr “Grab ’em by the pussy” was able to secure the top job).  To read this piece in full please click on the image below, which is taken from it: 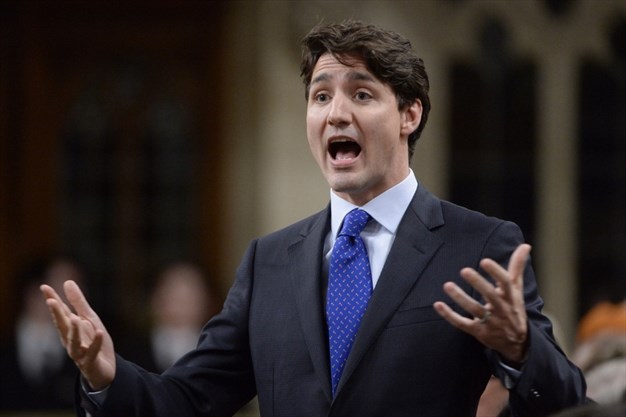 The two images I am sharing point up the flaws of FPTP in two differing ways:

If anyone wishes to bring up the 2o11 referendum on voting reform thinking to use that to make a point, I suggest you think again: the sole alternative that was on offer then was very nearly as flawed as FPTP – AV IS NOT PR.

I have a number of items to share here, some bad, some good. I will start with my journey to work yesterday morning. At 8:43AM (cutting it close, but manageable if no further time is wasted), a bus pulled into bay C at King’s Lynn bus station bearing the legend Fakenham X29. After it had disgorged a handful of passengers the driver told us we had to wait, and then a manager told him he had to take the bus into the parking slots in the centre of the bus station as it was being replaced with a single decker. For the run between King’s Lynn and Fakenham this would be adequate, but at Fakenham this bus becomes the 9:35 to Norwich, and single-decker is guaranteed to mean standees on that section of the route as that bus is the first of the morning on which old folk travel free. The end result of this was that it was just after 8:50AM when the bus actually got underway. As you will be seeing later, there was an incident on my return journey of a different kind.

This story, headlined as above on EvolvePolitics and ‘pressed’ by me on to my London Transport themed website is shocking in many different ways. Firstly, even without the actual evidence, which is pretty damning of London Underground bosses, in the event of an incident between staff and passengers the default position should be to side with staff. Secondly, London Underground claims to have a ‘zero-tolerance’ attitude to attacks on its staff. Thirdly, I consider the arrogant refusal of London Underground bosses even to contemplate the possibility that they might be in error to be very disturbing. On my way home from work yesterday, before I saw this piece, I witnessed a piece of unpleasantness on the bus in which I was travelling. I will summarize this incident in bullet point form:

To make matters worse, the drop-off point at the bus station is only about 200m from the train station anyway. While I have been known to write in uncompromising terms to the offices of public transport companies I never target the staff who are actually attempting to deliver the service. This incident I have referred to is trivial compared to the one at the heart of the EvolvePolitics piece, which I link to, by way of the image below.

Kerry-Anne Mendoza’s magnificent creation, The Canary, has come up trumps again, with this story about a tiny part of our rail infrastructure (titled as per the first part of this section heading) coming back into public ownership in 2018. Obviously, it is a very small step in the right direction – towards a fully publicly owned and publicly accountable transport system – but it is a step in that direction nonetheless. To read the story in full please click on the image below:

I will end the public transport part of this post with…

A Trip Down Memory Lane Courtesy of Time Out

This is a fantastic photo archive showing the history of public transport in London since 1863 (when the world’s first underground railway line, then called the Metropolitan Railway, commenced operations). It has already featured on my London transport themed website. To view these pictures in their full glory please click on the one below which I have selected to act as the link.

This picture is headed as follows in the piece: Metropolitan Railway Guard Eva Carver. Mrs Carver can be seen dressed in uniform holding a lamp and flag by a staircase at Hammersmith Underground station, Metropolitan and Great Western Railways.

I have links here to a recent blog post on this subject and to a nature website with strong connections to the subject matter of this section, and also to end this section and segue into the photos that end this post with a link to a post on facebook.

I reblogged this post when I first saw it, and now I am sharing it again. As with many of Anna’s nature themed posts this one features the meme she created based on some words I posted as a comment, and it is that that I use as the link.

The website, linked to in the blog post above, is called artportalen is about the species you can find in Sweden. To take a look at this site for yourself click on the image below:

The facebook post to which I am linking contains a picture of an Apollo butterfly, a species which I observed on an island in the outer reaches of the Stockholm Archipelago but never on the mainland. The area around Trosa apparently is home to this rare species. To view this post and the picture featured there please click on the photograph below, which is my own.