Continuing my all-time XIs series with a look at Somerset. 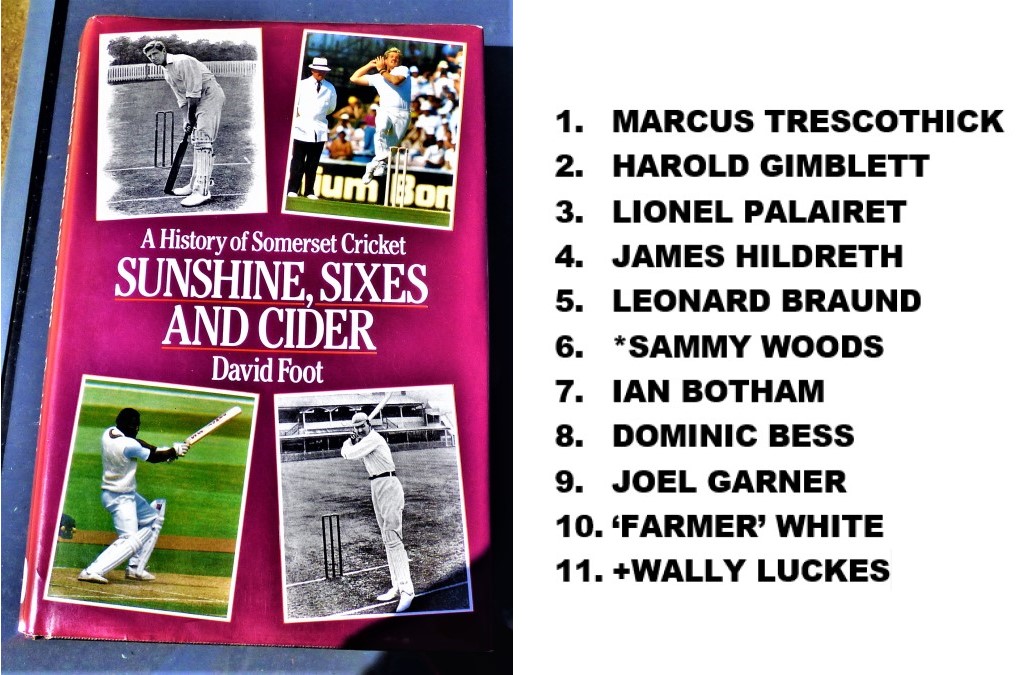 Welcome to the latest installment in my “All Time XIs” series. Today we are looking at Somerset. In the course of our journey we will meet heroes of the past, stars of the present, a couple of hopes for the future and the man who when I get round to creating it will be captain of the “What Might Have Been XI”.

My chosen XI consists of four specialist batters, three genuine all-rounders of differing types, three specialist bowlers of differing types and an excellent wicketkeeper. I have two out and out pacemen of contrasting approach in Garner and Woods, a right arm swing bowler in Botham, and all types of spin other than left arm wrist spin (White, Bess and Braund). The only type of bowling not available to this side is left arm pace. Other than that, unlike far too many real Somerset sides it looks both balanced and formidably strong.

Somerset have never won the County Championship, and deep into the 1980s had never finished higher than third. They have been runner-up a number of times in recent years, including in 2019, and in 2016 when they topped the table going into the final day of the season but lost out when Middlesex and Yorkshire connived to create a result out of what looked a certain draw (Middlesex being the beneficiaries in the end). Firmly established in front rank of current players are Jack Leach, who I considered for the left arm spinners slot given to White, Lewis Gregory, a right arm fast medium bowler who is also a useful lower middle order bat and the Overton twins, Craig and Jamie, robust lower order hitters who both bowl right arm at above medium pace (Jamie on top form can be genuinely quick). Also rapidly establishing himself is Tom Abell, a right handed batter who seems to positively relish playing long innings against the red ball (a rarity in this day and age), and who has shown himself to be a shrewd captain. Finally, three youngsters who are at various stages of emerging talent, all of whom I expect to be seriously big names before too many years have passed are Tom Banton, an attacking top order batter and sometimes wicket keeper, George Bartlett, another top order batter who also bowls off spin, and Lewis Goldsworthy, slow left arm bowler and middle order bat (and the only player so far mentioned anywhere in this series whose birth year begins with a 2) who had some memorable moments in the under-19 world cup. That elusive County Championship should not remain elusive for many more years with this kind of talent on tap.

When Somerset went to Lord’s in 1947 to take on Middlesex who were on their way to that year’s County Championship they took with them a young fast medium bowler named Maurice Tremlett. He took 3-47 in the first Middlesex innings, and then in the second innings 5-39, all of those wickets coming in a spell of five overs during which he conceded only eight runs. Then, batting at no 11 he joined Horace Hazell, a slow left armer who already had a reputation in tight finishes (he was Luckes’ last wicket partner in that 1938 game against Gloucestershire) and won the game for his side with a little gem of an innings which included a straight six off spinner Jack Young. This sort of debut should have set the stage for an illustrious career (and maybe if physicists are right about there being parallel universes that is what happened in one of those). Sadly England’s desperate need for pace bowling options at that time and maybe Tremlett’s own nature intervened. Various coaches, and at least one international captain, Gubby Allen, in the West Indies that winter, tried to mould him into the genuine fast bowling article. Changes to the length of his run up (four strides added in an effort to generate more pace), the position of his hips, thighs and feet, and so on led to a loss of his greatest natural asset, the outswinger, control and confidence. Within a few years he had packed in bowling save for occasional attempts to break a partnership and was making his way as a specialist batter, in which capacity he did fairly well but was never of international standard. He was also for a period a highly regarded county captain, which is why when I have created it he will be captain of the “What Might Have Been XI”. In a counterfactual novel dealing with the cricket of this period (or that parallel universe!) Tremlett, not messed about with, would have developed into an attacking no 8 bat and new ball bowler with a hugely successful test record. In the real world it would be two generations before a Tremlett, grandson Chris, would enjoy serious test match success as a bowler, playing a vital role in 2010-11 Ashes triumph.

In addition to Leach and White the left arm spinner’s berth could have gone to Edwin Tyler, Beaumont Cranfield or Horace Hazell. Roy Virgin, Brian Rose and Mark Lathwell were three fine opening batters (and there are those who would say that had be been properly handled Lathwell could have been a great batter). In the middle of the order three names who might have had a place were Jack MacBryan (who would have expected to be unlucky – this is the guy who played test cricket but never batted, bowled or fielded, since the match he was selected for was ruined by rain, and there was evidently something wrong with the way he hung around in the pavilion), Brian Close, who taught Somerset how to win in the 1970s, and Peter Randall Johnson. The last named played in an era when residential/ birth qualifications were taken very seriously by the powers that be, but less so by Somerset, who found ingenious ways round these rules. In Mr Johnson’s case Somerset went for the absolutely brazen approach of airily telling the powers that be “oh yes, he was born in Wellington”, which was the truth but not the whole truth – they failed to mention which Wellington he was born in, and yes, it was the one in New Zealand! Bill Alley, an Australian born batter and medium pace bowler merited consideration. Arthur Wellard, a fast medium bowler and big hitting batter (25% of his 12,000 first class runs came in the form of maximums) was also a candidate, but with Woods and Botham nailed-on selections his presence would have unbalanced the side. ‘Crusoe’ Robertson-Glasgow, a Scottish born pace bowler and no 11 batter did not make the cut as a player but has the consolation of being my first choice to write about this team’s performances. Finally, only one Somerset born bowler has ever lifted a senior world cup: Anya Shrubsole – and I did think about it. Somerset has had some splendid official overseas players down the years, with Viv Richards, Sunil Gavaskar, Justin Langer, Greg Chappell and Martin Crowe all authentic greats, but as usual when it came to the overseas player I went for a bowler, in this case Garner. The off spinner’s position could have gone to Brian Langford, who had a long and distinguished Somerset career, while Vic Marks also played for England as an off spinning all rounder. Ian Blackwell, a big hitting middle order bat and left arm spinner simply could not be accommodated. Among the wicket keepers the wonderfully named Archdale Palmer Wickham (nicknamed ‘snickham’ such was his incompetence with the bat) was clearly s splendid practitioner. More recently Piran Holloway, Craig Kieswetter, Jos Buttler and Steven Davies would all have their advocates.

Readers may have other players that I have not mentioned in mind, and suggestions are welcome, but remember to consider the effect that your suggestions will have on the balance of the side.

Yes, our rollercoaster ride through Somerset cricket is at an end, and all that remains is my usual sign off… 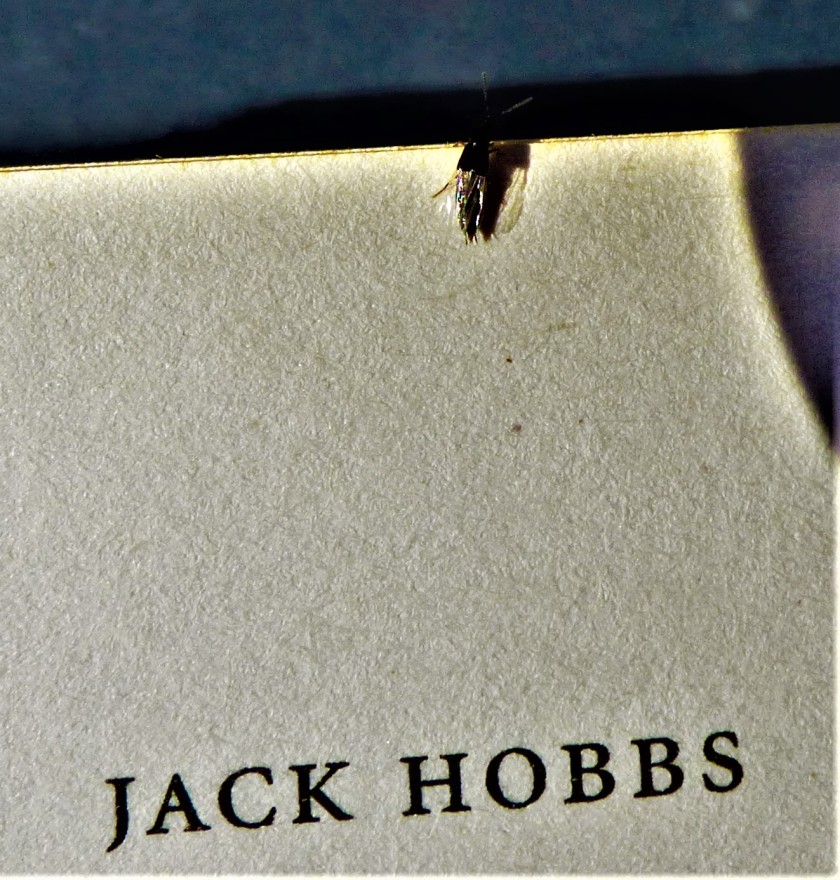 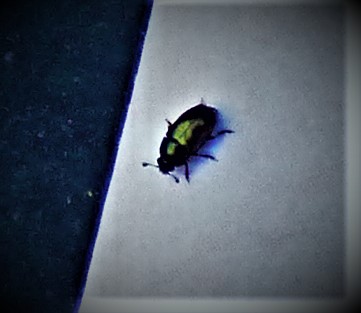 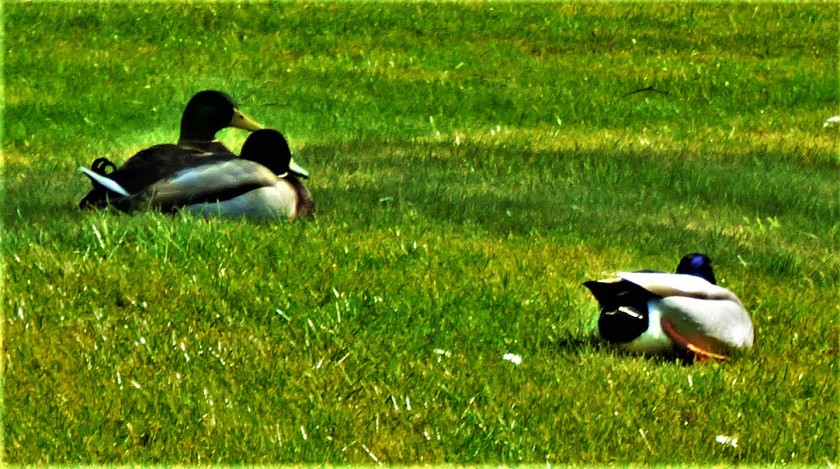 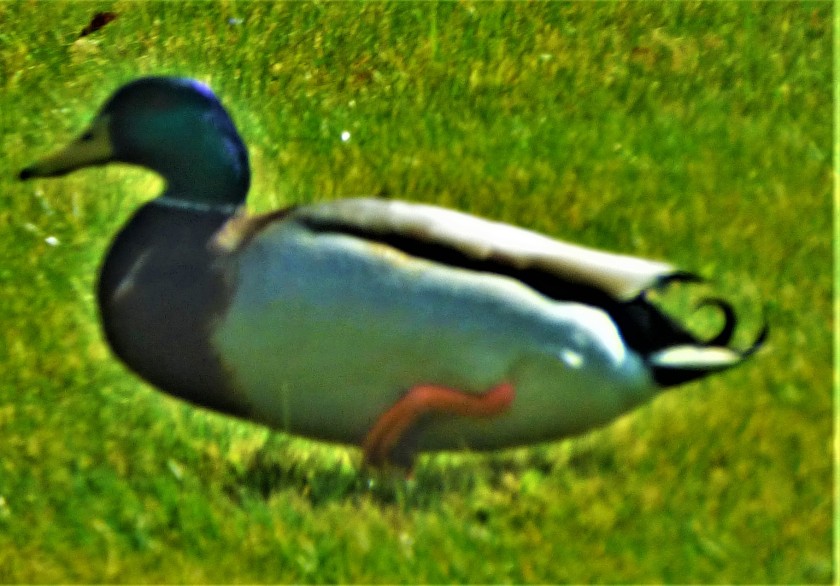 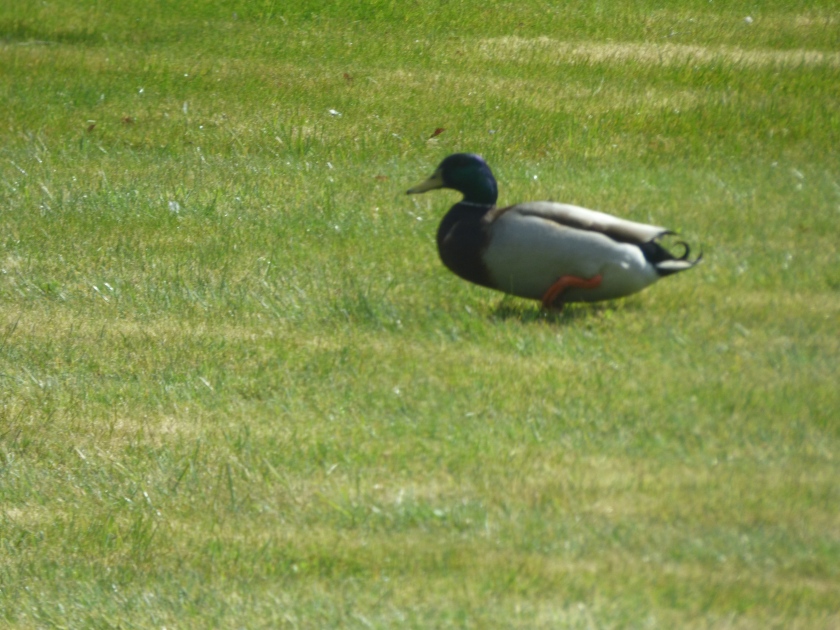 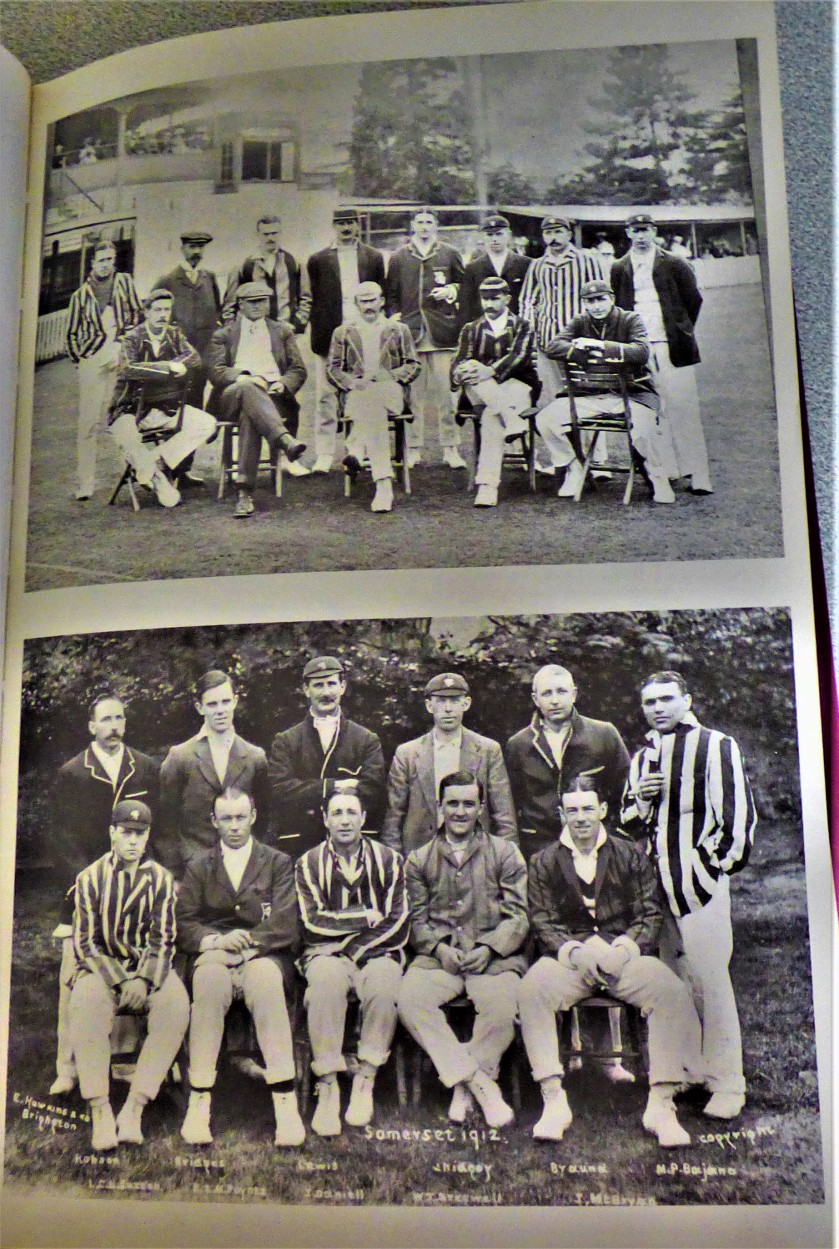 11 thoughts on “All Time XIs – Somerset”