Some of the best science and nature related pieces I have recently come across.

Having started the day with a science related squib I finish it with a full length post concerned with Science and Nature. As this is a post where all the text will be the same colour please not that links are in bold and underlined. Before proceeding here is a list of all of today’s previous posts:

PART ONE: A VARIETY OF SHARES

I am building up for big finish by dealing with everything else first in a single section. I am going to start with…

A REPORT FROM SUMOFUS.ORG

The campaign group sumofus.org have produced a definitive report to the effect that we do not need bee killing pesticides to feed the world. For detailed information on where we are with the fight to save bees please click on the graphic below:

Yes another thunderclap for those of you who are on social media to support. Click on the screenshot below for more…

The Eden Project in Cornwall, of which I have very fond memories, has just added to its laurels by winning VisitEngland’s award for Inclusive Tourism. Thus I have two links, each accompanied by a screenshot to share:

A LEGAL WAY PAST PAYWALLS

I am indebted to WEIT for this. It is an app that is free to download. For more details please visit the WEIT article on this:

I found these on twitter by way of their creator, whose twitter name is Lord Cropes. Below is the particular meme which caught my attention:

This is just one of 129 memes of this type that he has created, and you can view all of them by way of the website pinkheretic.com. Here is one more to further whet your appetite:

I finish with some of my own photographs:

Some thoughts on autism and ableism, and some links relating to the same, topped off with some photographs.

I have a few links to share, and of course some photos will be included, but this post starts with some of my own thoughts before I start sharing links. I have decided that all of my own text in this post will be #RedInstead as it is themed so much around Autism. Links will be underlined and in bold, and any images from other blogs will also serve as links to the posts from which they were taken (these blogs will also have a text link).

THE LINK BETWEEN AUTISM & ABLEISM

I am #ActuallyAutistic and have experienced mental health issues over the years. Do I consider myself disabled? The short answer to that question is no. However I do consider that the way in which neurotypical society views my condition (please note condition, not disorder) does disable me. To give just one example of this, 74% of all autistic adults in the UK, my country, are unemployed, and that percentage rises to 85% when underemployment is factored in. I am in the 26% who are actually in paid employment but not the 15%. These statistics are shameful ones (if they differ significantly in your part of the world feel free to comment further). They are based on the pathologizing of autism and indeed a more general societal pathologizing of difference. Anyone who has seen at work can confirm that I am more than capable of being a useful employee (indeed I cannot be considered as other than essential to my current employer).

I start the sharing sections of this post with the latest in Erin Human’s series of posts about ableism. The piece is titled “What causes ableism?”, and I offer you the infographic/ meme which heads it as an aperitif:

Next, courtesy of disabledgo comes what can only be described as a ‘good news with a massive asterisk’ story. West Yorkshire Police have confirmed that they are willing to launch criminal investigations into bus drivers who refuse to allow wheelchair bound passengers on to their vehicles without good cause. The massive asterisk of course is twofold: the fact that this has to be rated a good news story at all rather than being standard, and following on from that the fact that other police forces do not as yet appear to have made the same commitment. The full piece appears under the title “Police force pledges to investigate bus drivers who ignore access laws” and I urge you to read it in full.

There are a total of four links in this section, with the opener and closer both courtesy of thesilentwaveblog. The opening link is titled “Yeah I’m walking for autism“, and it is her response to yet another campaign to raise funds for purposes that are quite clearly at variance with the actual needs of autistic people. She also her explains how she uses walking. I urge to you to read the full piece, and present the picture that heads it for your further edification.

Some of you may recall that I recently reblogged two posts titled respectively Autism Speaks No Longer Seeking Cure; This Autistic Person Couldn’t Care Less and Autistics Against Autism Speaks | A Civil Rights Movement – Share & Reblog Version. Well the story being told in different ways in those two posts has moved forward with a new post from boycottautismspeaks titled “Autism Speaks Hurts. Real People Speaking.” I offer you this header graphic by way of further inducement…

My penultimate link is to a post on No Stereotypes Here titled “Words are Words“, and taking the form of an open letter to the organisation targetted in the graphic above. I present this site’s header image below.

My final link is to thesilentwaveblog’s most recent offering, which tackles the subject of eye contact, under the title ‘“Look me in the eye.” (No.)‘, and below is the image which heads it.

Now it is time to conclude this post with some… 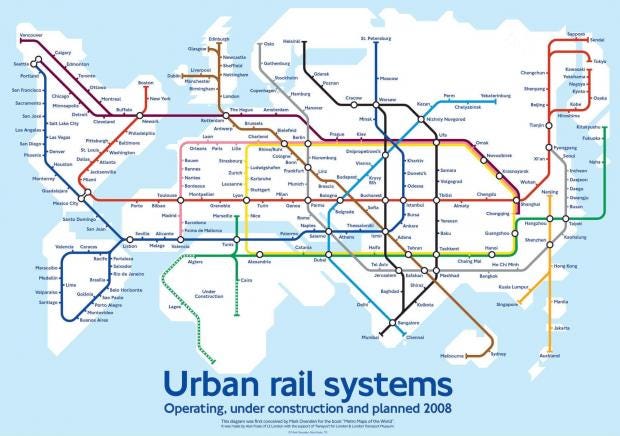 I have a lot of interesting links to share, and some pictures from today at work.

These links cover a wide range of stories. Each link will be preceded by some accompanying text.

Next, courtesy of the canary comes this story about the UN warning the Tories that their Trade Union Bill could be in breach of international law. It certainly sinks of double standards – OK to form a government on 37% of a 66% turn out but to go on strike you need 40% all those entitled to vote to vote yes.

My third selection comes courtesy of Tax Research UK and refers to the possible nationalisation of banks, arguing that unlike in 2008 it must be a proper nationalisation this time, and the bankers cannot be left in control again.

The last two links and one picture are all stuff that could soon be featuring on my London transport themed website:

From visitlondon comes this listing of “31 free things to do with kids” which has lots of potential.

The folks at disabledgo have provided their top 10 of places to visit in the London Borough of Havering.

As a segue, here is a poster advertising skating at Cheshunt, which could be a nucleus of a post on the website…

SOME PICTURES FROM TODAY AT WORK

A Retropsective on the World Athletics Championships, More on the Inhumane Despicable Sociopath case, some photographs and some important links.

As well as my title piece I have some photos, links and infographics to share, including a section following up my much shared “Inhumane Despicable Sociopath” post..

At the World Athletics Championships which concluded yesterday Britain won a total of four gold medals, their best ever. Mo Farah with both the 5,000 and 10,000m, Greg Rutherford (Long Jump) and Jessica Ennis-Hill (Heptathlon) all ascended the top step of the podium in Beijing, all having experienced Olympic misery there seven years previously. There were also a stack of best ever performances from less experienced British athletes, encapsulated by BBC TV in this infographic…

Shelayna Oskanp-Clarke had never previous broken two minutes for the 800m, and until Proctor did so no British female long jumper had ever gone beyond 7.00m. The performances of Asher-Smith and Hitchon were also British records. Dina Asher-Smith having already become the first British woman go sub 11 seconds for the 100m and being part of the 4*100m relay team now has three British records against her name.

Partly because of a twitter storm conceived by a well known twitter user named Gail which tied in perfectly with it my blog post about the revelations of DWP deaths, forced out after a long and hard fought campaign, was very widely shared. I have a number of superb related links to share in this section:

Now, a few infographics about this story, starting with this great tweet:

This, formatted like a DWP case study, differs from them in being a true story:

Finally to the end this section, a screendump from a text book of the future that somehow appeared on my screen…

I am dividing this in to two main subsections, starting with…

I have blogged about this outrageous case of an autistic grade 6 boy facing a lifeltime with a felony conviction, but since the case is now going through the courts I include these two links:

Also, for twitter users (I have already done so btw), here is a temporary profile pic you may wish to use in solidarity with Kayleb:

I start with a couple of petitions:

I have three more links to purely text based material:

My last link is to a wonderful protest song by Welsh singer Charlotte Church.